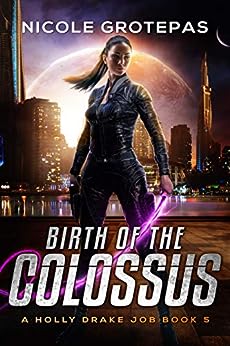 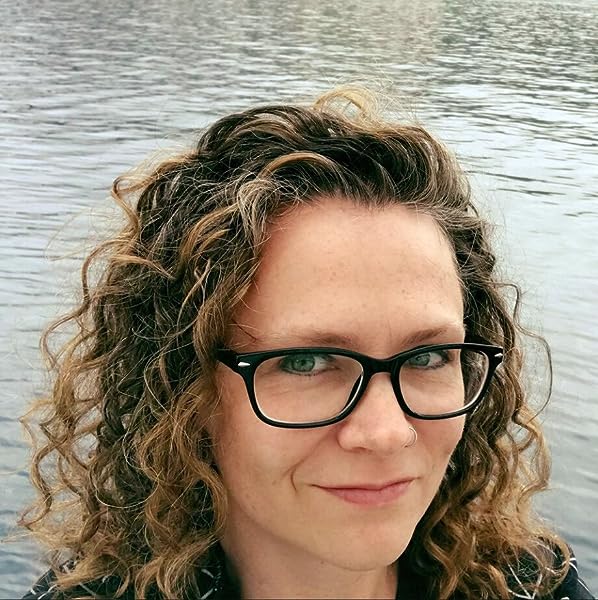 The Heart is gone, but a new power rises.

Holly Drake knew that her victory would be short-lived—cut off the head and four more sprout in its place. The revelations about the shadow organization threw her off her game, but only for a moment, and now she’s got a thousand questions seared into her mind, driving her toward answers.

If things can get worse. They will.

She’s learned that much. Without her crew watching her back, she’d be lost. But as a new power rises, there’s no time for relaxation or recuperation, she’s got to figure out who’s behind the tentacles spreading through her city.

Whatever comes, she’ll face it. And take it out.

The 6 Moons crew witnesses the birth of a new monster. A new power. The threat is more than anything they could have imagined. If they don’t take it out, the colossus that forms from the skeletal remains of the former Shadow Coalition will be more brutal and dangerous than even they could have known.

Nicole writes stories about surveillance, colonization, AI, robots, and other (currently) impossible but fascinating scenarios. She studied folklore in college and almost pursued a doctorate in the field, but was saved by her laziness in gathering letters of recommendation. After a stint in the publishing industry as an editor she left to pursue her own desires of conquering the world--both real and imagined--one book at a time.

Book 1: Eye of the Colossus

Book 2: Hands of the Colossus

Book 3: Heart of the Colossus

Book 4: Shadow of the Colossus

Book 5: Birth of the Colossus

Book 6: Reach of the Colossus

1: Gears of Aether: Shiro and the Orrery

2: Incident in Analogue: Cosma and the Painting

3: Shoulders of Giants: Odeon and the Statue

Kanyonmk
5.0 out of 5 stars Another great addition to the series!
Reviewed in the United States on March 9, 2020
Verified Purchase
Another great story in the Holly Drake series! While certain events ended in the last book there is still crime and evil to defeat. I can’t say enough of how much I love the characters and how the author always continues to surprise me. I highly recommend this series if your looking for a action packed read!

Birth of the Colossus is the fifth book in the Holly Drake Job series.

Dr Susan
5.0 out of 5 stars Excellent sci fi
Reviewed in the United States on September 12, 2020
The setting has become darker over the course of the series, and the story has gotten darker, as well. The world building is excellent. The new alien was scary and not what I had in mind when I wanted to meet some non-humanoid aliens. More questions are raised than answered in Birth.
Read more
Helpful
Report abuse

richard joesten
5.0 out of 5 stars Birth of the Colossus
Reviewed in the United States on March 2, 2020
A fantastic addition to the Holly Drake series. If your looking for a read that is action packed and epic scenes, with fantastic world building as well as Character development this is definitely that. There are twists and turns that I didn't see coming. I totally loved this read and definitely recommend.
Shauna Joesten
Read more
Helpful
Report abuse
See all reviews