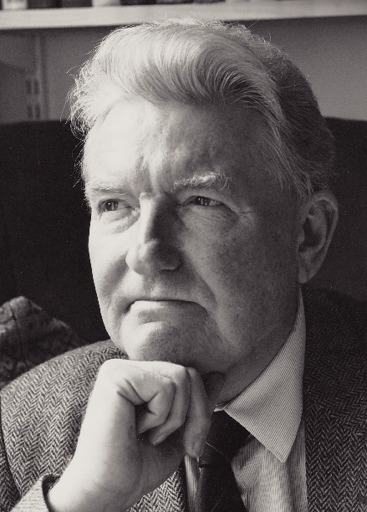 by Paul Johnson (Author)
4.8 out of 5 stars 58 ratings
See all formats and editions
Sorry, there was a problem loading this page. Try again.
Read more Read less
Previous page
Next page

4.8 out of 5 stars
4.8 out of 5
58 global ratings
How are ratings calculated?
To calculate the overall star rating and percentage breakdown by star, we don’t use a simple average. Instead, our system considers things like how recent a review is and if the reviewer bought the item on Amazon. It also analyzes reviews to verify trustworthiness.
Top reviews

Anaximander
4.0 out of 5 stars Well worth the slog
Reviewed in the United States on November 17, 2018
Verified Purchase
It has taken me more than a year to make my way through this 1,000 page tome. I'm glad I persevered. Johnson's biases against the "left," trade unionists, and the "lower orders" in general peek through from time to time, but this is still a major achievement. The depth and breadth of his scholarship is simply astonishing. The basic thesis is that everything we think of as constituting the "modern" world was laid down between 1815 and 1830, and he makes a damn good case. England is the focus, but he reaches out across Europe, the United States, Russia, and the Far East to bolster his thesis. Each chapter can set the inquisitive reader off on a years-long reading spree; I found it best to read with Wikipedia within easy reach. There are minor editorial glitches throughout, but I'm almost embarrassed to mention that.
Read more
10 people found this helpful
Helpful
Report abuse

Richard K. Mason
5.0 out of 5 stars I Enjoyed It So Much I Read It Twice
Reviewed in the United States on April 1, 2020
Verified Purchase
I am a great admirer of Paul Johnson's books (and I know I am not alone), and this book is no exception. I enjoyed it so much I have read it twice. He brings the post-Napoleonic era to life in fascinating detail. His well-illustrated theme is that these years in the early 1800's planted the seeds for our modern life. He reviews politics, culture, literature, music, the arts, inventions, etc., etc., all in his extremely readable and interesting way. It is a long book, full of luscious detail, a delightful read.
Read more
One person found this helpful
Helpful
Report abuse

Mary Snare
4.0 out of 5 stars A very worthwhile study
Reviewed in the United States on July 24, 2013
Verified Purchase
I am not currently reading this book since it is in Boston and I am in Seattle; and I travel back and forth. However, I see this book as equivalent to a college course in history, as the author explains in depth each aspect he discusses, setting the stage for the developments that move the world closer to our modern times. The period after Napoleon's rule of about 20 years, was like an explosion of forward movement. The author examines this unusual thrust towards modern times. I am not giving it 5 stars, because of the fact that I can only assimilate so much of the tremendous volume of information at one sitting. So it is slow going for me sometimes. The other reason is that the author's use of wording when it is a negative about the United States is not exactly the same as his wording when it is a negative about Britain, so although he may be absolutely correct factually, I suspect a bit of subjective thinking along those lines, and being an American, I see it and have to overlook it. I almost put the book down because of it, but then thought maybe I am equally subjective and I would rather be informed. I can't imagine finding a better book to inform myself of this very important part of our history.
Read more
7 people found this helpful
Helpful
Report abuse

Nottingham
5.0 out of 5 stars Why Study History? This Book Is The Best Answer
Reviewed in the United States on June 18, 2003
Verified Purchase
Paul Johnson writes in a unique style. Many say his style is quirky, but I think his way of writing history is really the best. My reading his book is like being taken to a month-long tour of the early nineteenth century, mostly to England and Europe, but also to other parts of the world - American, Australia, Latin America and Asia - by virtue of the English (mostly) influence. It was like waking up in the morning and reading the morning paper of the era, learning about the what were unfolding in politics, business, industry, literature, music, art, science, and even gossip as they happened.
In this 1000 page volume, Johnson tells how the modern society rapidly took shape in a relatively short period of time after the fall of Napoleon Bonaparte. It is an interesting and compelling thesis. The industrial revolution, which created a lot of "self-made" men, and the arrival of the white men to all continents with their modern morals and superior weapons, the emergence of science, the popularization of music, art, communication media and eventually politics, all interacted to bring about an era of politics of the masses, or democracy, in the West.
Johnson tells us that this was not just another period of progress. It was the birth of the modern society. After reading his book, I am inclined to agree. Many of the salient features of today's society first took shape then. From little ills like traffic jams and parking tickets, for example, which started with increasing number of horse carriages, to party politics fanned by the media, newly juiced up by the steam-powered printing press. As if he anticipated what would happen in September 2000, at the ending pages of the book, Johnson innocuously chronicled the invention of the Lucifer match, a godsend for housewives but which also spawned arson. Does that not sound like a foretaste of terrorists and weapons of mass destruction?
The Birth of the Modern is a very unique history book. It is well worth your time. It gives meaning to the author's famous quote: "The study of history is a powerful antidote to contemporary arrogance. It is humbling to discover how many of our glib assumptions, which seem to us novel and plausible, have been tested before, not once but many times and in innumerable guises; and discovered to be, at great human cost, wholly false."
It is the best answer to anyone who might ask why we should study history.
Read more
29 people found this helpful
Helpful
Report abuse

FKS
5.0 out of 5 stars Another Paul Johnson gem
Reviewed in the United States on June 8, 2013
Verified Purchase
Johnson ends this history in 1830 and Alfred Lord Tennyson's poem "Locksley Hall" was written in 1835 I which in a few stanzas he foresees airpower, radio and perhaps Esperanza. The impact of the originality and pace of inventions and leaps in technology must have made an impression on every sentient citizen of the nations of Western Europe, England and North America. I have made it a practice of giving this book to the smart and curious among my friends, close relatives and grandchildren.
Read more
3 people found this helpful
Helpful
Report abuse

Amazon Customer
5.0 out of 5 stars Paul Johnson aeration of history
Reviewed in the United States on December 24, 2016
Verified Purchase
Paul Johnson's books are a must when we study history!!! Every page is interesting, when he is narrating history, not only conveying facts about events in the past.
Read more
One person found this helpful
Helpful
Report abuse

D.L@Denver
5.0 out of 5 stars Superb!!
Reviewed in the United States on July 4, 2018
Verified Purchase
Superb telling of history as only Paul Johnson can do.
Read more
Helpful
Report abuse
See all reviews

Laurence Richardson
5.0 out of 5 stars Interesting and Unorthodox History
Reviewed in the United Kingdom on March 1, 2016
Verified Purchase
This was a refreshing and detailed emphasis on the years 1815 to 1830 as key years when so many of the features of our modern age were developing.there are details here that do not sem tofeature much in other histories - and which even seem unfashionable -e.g.the role of the royal navy in suppressing the slave trade and the role taken by the British government in persuading other nations to abandon the slave trade. So much of this pressure was because of the tremendous campaign by evangelical Christians. It is a vast survey and is exhaustive without being exhausting.
Read more
Report abuse

michele
5.0 out of 5 stars Modern Society birth
Reviewed in the United Kingdom on July 31, 2018
Verified Purchase
Fine historical interpretation of how we got to where we are. Invigorating and original views from Johnson, as usual.
Read more
Report abuse

MIke Loftus
5.0 out of 5 stars worth my third "re read"
Reviewed in Canada on March 2, 2014
Verified Purchase
Nothing unique is my respect of Paul Johnson as a historian. He earned many accolades in his life. But I am always surprised by how much I learn each time I read Birth of the Modern.

We always make the mistake of thinking our times are different. This book reminds us the themes that drive modern life developed over time...and Johnson shows us how.

I think Johnson's Napoleon, Birth of the Modern, and Modern Times should almost be read in sequence, helping readers form perspective on how we got to our current society and culture
Read more
Report abuse

Allan Carin
5.0 out of 5 stars Five Stars
Reviewed in Canada on November 4, 2014
Verified Purchase
One of the best historical writers of our time.
Read more
Report abuse
See all reviews