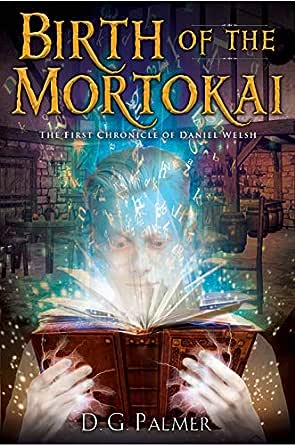 You've subscribed to The Chronicles of Daniel Welsh! We will preorder your items within 24 hours of when they become available. When new books are released, we'll charge your default payment method for the lowest price available during the pre-order period.
Update your device or payment method, cancel individual pre-orders or your subscription at
Your Memberships & Subscriptions
There was an error. We were unable to process your subscription due to an error. Please refresh and try again. 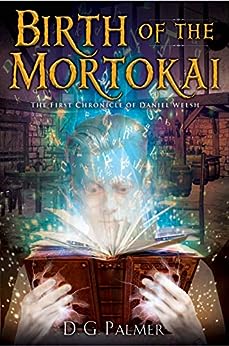 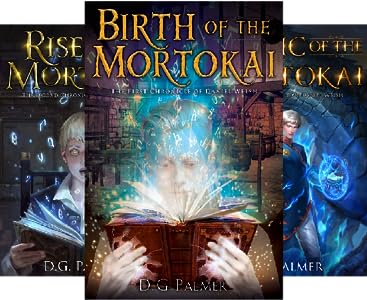 Emma McKenzie
4.0 out of 5 stars A great coming of age story
Reviewed in the United States on August 4, 2019
Thank you to the author and Rachel's Random Resources for providing me with a free copy in exchange for an honest review.

It's definitely been a while since I have read a full out fantasy novel and what a great novel to get back into a bit of fantasy. This is a really great coming to age story which includes suspense, mystery and of course magical creatures.

Daniel Welsh was born with albinism and because of this faces many more challenges growing up and has ended up as a bit of a loner. What I loved about this was that Daniel has no idea of his true origins so I got to experience learning everything new about the world the author had created with him. The story moves at a good pace and I was really intrigued with trying to figure out everyone's motives. This is the first book in the series which is good because not only I have I managed to actually start a book series from the beginning but it means there are more books in the future! I think I will be looking for a few more fantasy books to read in the near future as well!

Would I read again: Yes

Would I Recommend: Yes

Would I read another book from this author: Yes
Read more
Helpful
Report abuse

Amazon Customer
2.0 out of 5 stars Fun concept, terrible execution
Reviewed in the United States on April 22, 2020
If you're looking for a mindless power fantasy this is your book. The fantasy setting and world building are fun and imaginative, but the execution is lacking. The prose is stilted at best and nonsensical at worst. Typos abound. The pacing is erratic with odd jumps between character perspective interspersed with unnecessary exposition dumps. The book feels very much like a first draft attempt and I was surprised to discover that the book had been edited while I was reading the acknowledgements. The setting and story were interesting enough to get me all the way through, but I'd hold off reading it yourself until a different editor takes a few more passes at the manuscript.
Read more
2 people found this helpful
Helpful
Report abuse

Jessica Belmont
5.0 out of 5 stars Wonderfully unique!
Reviewed in the United States on July 31, 2019
Birth of the Mortokai is a brilliant YA Fantasy with a unique perspective. I don’t think I knew much about albinism before this, and I loved being educated while reading a wonderfully magical novel!

I love the characters. Daniel is a fantastic lead. This is a coming of age story, so it’s amazing to watch Daniel progress as he learns about this new life. He goes from not really belonging, to belonging and thriving. He’s very courageous and a well-rounded character.

I absolutely love the world-building and the action. D.G. Palmer created a beautifully vivid world and a plot that kept me glued to the book! The story is fast-paced, imaginative and magical.

I highly recommend checking out Birth of the Mortokai. While there are some things that just magically (and conveniently) happen, the novel is super flushed out with fantastic characters and an addictive narrative.

*I received a copy of this book as part of a blog tour with Rachel's Random Resources. All opinions are my own.*
Read more
Helpful
Report abuse

H
2.0 out of 5 stars Could Be Better
Reviewed in the United States on May 20, 2020
I gave the book a 2 star rating due to its lack of description when it came to developing the world and some of the characters. The information that was explained did not make it a compelling read. I do not plan on reading more of the series. Even though it was not really close to any of my favorites it was not in the category of the worst books I have read.
Read more
One person found this helpful
Helpful
Report abuse

Lavinia Aleri
5.0 out of 5 stars ‘Birth of The Mortokai’ Excellent read!
Reviewed in the United Kingdom on October 17, 2019
Verified Purchase
An excellent read, fantasy at its finest!
The book is full of wonder and mystery, I enjoyed meeting the characters and getting to know them. The story line is fantastic and D. G Palmer is an amazing writer with a genius mind. I look forward to reading the upcoming sequels and getting to meet the new characters who will be introduced to the story. Good job Mr Palmer!
Read more
One person found this helpful
Report abuse

Andree tutt
5.0 out of 5 stars Can't wait to see what happens next
Reviewed in the United Kingdom on March 29, 2021
Verified Purchase
Very interesting, didn't want to put it down
Read more
Report abuse
See all reviews