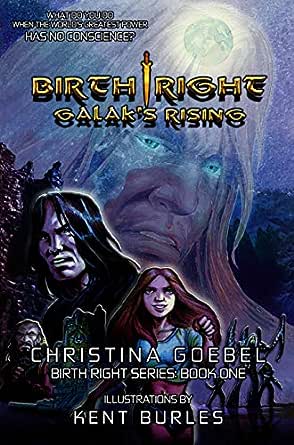 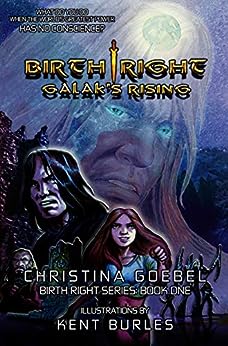 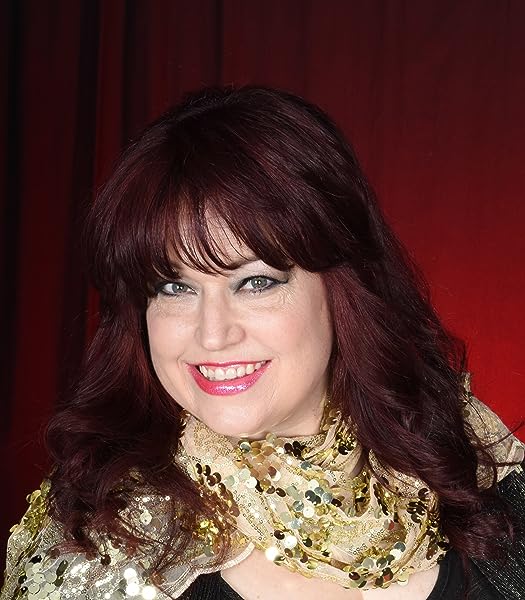 
"Sci-fi and fantasy readers seeking a story that bridges several subgenres and fills its pages with impossible challenges and hope against all odds will find Birth Right: Galak's Rising an excellent story that stands well on its own, but sets the stage for more stories in the series. It's a vivid, memorable tale of choices, consequences, and their lasting impact on the future of humanity that will linger in the mind long after the final struggle's outcome."
D. Donovan, Senior Reviewer, Midwest Book Review --This text refers to the paperback edition.

Christina Goebel, M.A., was born in Texas and is a former secondary English teacher and statewide disability conference planner. When she began college, her goal was to earn a degree to be respected as a writer. She earned an associate degree in World Literature from Miami-Dade Community College, a bachelor's in Secondary English Education from Florida International University, and a master's in Journalism from the University of Texas at Austin. Since her father was a computer programmer, Christina developed a curiosity about artificial intelligence and machine learning. Christina is married and has son and a German Shepherd. Her son designed the book cover for BIRTH RIGHT: GALAK'S RISING. Christina is an avid traveler and has a read a part of a book most days of her life. Other works by Christina Goebel: GoldenHeart: How to Love Humanity. www.lovegoldenheart.com Twitter: @lovegoldenheart --This text refers to the paperback edition.

4.8 out of 5 stars
4.8 out of 5
7 customer ratings
How does Amazon calculate star ratings?
Amazon calculates a product’s star ratings based on a machine learned model instead of a raw data average. The model takes into account factors including the age of a rating, whether the ratings are from verified purchasers, and factors that establish reviewer trustworthiness.

Veronica
5.0 out of 5 stars What will the future hold?
Reviewed in the United States on June 5, 2019
Verified Purchase
What happens to the world when human developed genetically engineered technology, robots and an evil cyborg take over the world as we know it? Author Christina Goebel takes on us a dystopian fantasy tale that begins hours before the Great Technological War that will alter human kind forever, and projects us a century plus into the future to see the new world order. Its cyborg Galak versus the genetically perfect Valki and the tribes of humans and their rulers who are fighting to see who will be supreme.

Galak is on a mission to dominate the future by mating with the Valki females. In the Galak world, choices and freedom have been obliterated. Valki twins 99 and 100 have a dilemma–whoever wins the mandated physical challenge will be the next mate of Galak. A crisis of conscious and a will to be free changes the twin’s destinies forever–will either be able to survive?

New relationships, trust, and collaboration will be key to the human and Valki survival if they are to successfully challenge the oppressive rule of Galak. As new alliances are forged and nurtured, can the past teachings and beliefs be left behind? This first book in Author Goebel’s series is a fantasy tale of courage and determination with a vision for a new world order of what might be, with a hint of what’s to come!
Read more
Helpful
Comment Report abuse

c
5.0 out of 5 stars This Would Make A Great Movie!
Reviewed in the United States on November 9, 2019
Verified Purchase
BIRTH RIGHT Galak’s Rising -keeps you compelled with the unveiling of each of the intriguing characters as you discover some unexpected interconnections. Things move quickly from its introduction as you get strung along the fantastic futuristic threads of this multi-dimensional story.
With sci-fi dark forces to contend with, it will have you believing in realistic truths. You’ll be hoping for the best, seeking answers and routing for love. This is an easy read as it keeps you captivated- to discover the next revelation.
Among the twists and turns, the unknown and the sparks of deep human or at least part human compassion, there are mysterious hidden clues. Through heart and fruition, destinies come together along this spiral of a journey.
Loved It!
Read more

Ana
5.0 out of 5 stars political fights/sci-fi fights/epic fight scenes
Reviewed in the United States on August 1, 2019
A good chunk of the beginning of Chapter 1 begins with Mark and Spitster talking about what they’re going to do about the revolts occurring. It was only until Galak came into the scene that the chapter got really interesting! Galak’s character description was very well written, I was able to gather a perfect description in my mind about him. (There’s even an illustration of him in CH 2!  ) It was interesting to read about Galak and seeing him as the antagonist but at the same time the chapter’s heading had “Galak’s Quest.” It was interesting that the author decided to put a spotlight on the antagonist’s quest rather than Mark (who I assumed was the protagonist, and the good guy when I read about him in CH1).
I gasped when Galak killed Mark, and I really hoped that wouldn’t be the last we read of him.
Blackbeard was an interesting character and I was able to connect with him rather quickly because he was just really amusing. (Throwing darts at a picture of his ex, read Einstein’s works AND an Elvis fan…)
“He pierces her soul with his gaze. She will later swear she saw
the burning red flames of the sun as he pulled her close and kissed
her passionately.” Ummmmm….what? I thought the character development was going well but this was too much for my taste.
I felt also sad for the Valki throughout the book because they were hated by all of society and Galak only saw them as his own stock and trade.
One story line I didn’t like much was that of Prince Henry. I did feel sad for him when he thought about his dad but other than that part of humanity left in him, I felt like he was just really a jock in Prince clothing.

“99 feels a chill, too. She has decided what she must do.” I read that part and thought NOOOO YOU HAVE NO IDEA GIRL, YOU HAVE NO IDEA. !!!
Sila and 99 saying goodbye was an emotional scene. I kept thinking about what the Galak would do to 100 out of spite.

I thought that the reason Galak’s offspring come out mutants is maybe because he unknowingly picks a weak selection of women to have his offspring with. Clearly 99 is the strongest of the two and 100 is really the weakest link.
99 and Ser’s encounter was much more developed than Henry and the girl he rescued. And dang, what a complicated relationship this two have.
LOL when 99 has to leave, she has more emotion leaving her dog than Ser. Henry’s banter with 99 was enjoyable but, changing her name? Meh. He’s so annoying.
By chapter 16 I am hoping 99 stays with Henry and 100 with Ser because I cannot stand another love triangle.
The recue party that forms makes me wonder if by the end of the book, the rescue will be left at a cliff hanger!!! Nooo!!
“Galak tries to shake Jessica loose, but she moves carefully, blocking his efforts. She attempts to strangle him, but it’s impossible with his armor. What was she thinking?”
Seriously what WAS she thinking!?!?
The final fight scene was so emotional and suspenseful, it was such an enjoyable read and by the end to also discover Henry will be a dad. I really held my breath for several pages until I read that Jessica and the baby were ok. And just when I thought Galak was surely dead…
Throughout the book, I really enjoyed reading the various viewpoints, the cyborgs, the humans and the humans and the genetically enhanced humans. It was great to hear from each being, especially those that weren’t human. Being a SCI FI book, I didn’t expect comedy, so I was glad that many pages throughout the book made me giggle.
Read more
Helpful
Comment Report abuse
See all reviews from the United States