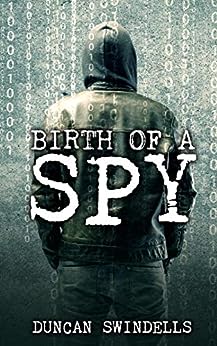 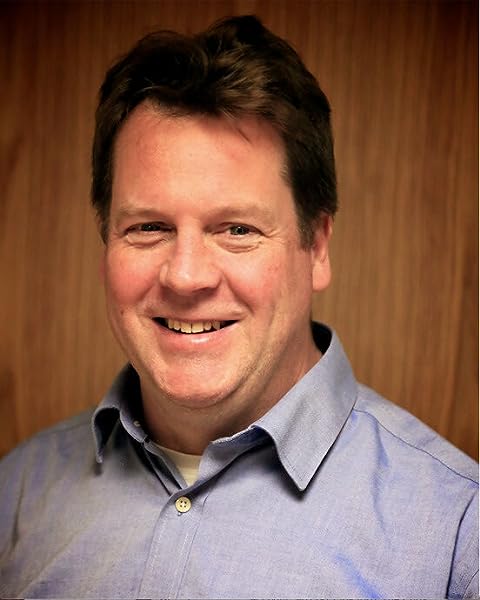 by Duncan Swindells (Author) Format: Kindle Edition
Book 1 of 3: The Scott Hunter Spy Series
See all formats and editions
Sorry, there was a problem loading this page. Try again.

How far would you go to protect the one you love?

Out of work Cambridge graduate Scott Hunter breaks Second World War Enigma codes. His girlfriend is desperate for him to find a job and settle down, so when a fresh code lands unexpectedly on Scott’s doorstep, he promises it will be his last, little realising that revealing the dark secrets it has protected for over fifty years will shatter their lives forever.

Birth of a Spy is the first in the Scott Hunter Series. With Cambridge and London as their backdrop, espionage and intrigue collide with action and adventure in this fast-paced thriller.

A modern take on the classic spy novel.

If you like a thriller packed with drama and shady characters this is the book for you!

I found this to be an absolutely fantastic read. Really well written indeed, with a plot and sub-plots that will keep the reader page-turning until the very end. Great character development in the murky world of espionage - brilliant!

I would totally recommend "Birth of a Spy" to everyone. Buy it now because it's awesome!

Born in 1969 and a 5th generation classical musician, I studied clarinet at the Royal Academy of Music before pursuing a successful career freelancing in London. In 2002 I took up my current position as Principal Bass Clarinet with the Royal Scottish National Orchestra. I live in a small village outside Stirling with my wife, two sons and a pair of black and white cats.

Birth of a Spy, my debut novel is currently available on Amazon where it receives almost unanimous 5 star reviews. Readers have said; &quot;a modern take on the classic spy novel,” “crying out for a sequel,” “gripping page turner,” “fast paced thriller,” with one reader even likening it to a John le Carr&eacute;. I have been interviewed about the book for BBC Radio and Keith Bruce at The Herald wrote a double page spread in the paper’s Arts Supplement. Birth of a Spy is the first in a series, with the second book in its final stages. Absent Friends is set in London, Istanbul, Moscow, Hong Kong and Caithness with Scott Hunter embarking on his first assignment.

Brian
5.0 out of 5 stars Great Spy Novel
Reviewed in the United States on May 9, 2019
Verified Purchase
This is a really good book. Plenty of intrigue, history and modern tech. An excellent rendition of spycraft with hints at a sordid German Nazi past.
Read more
Helpful
Report abuse

Harrison D. Ingles
4.0 out of 5 stars Spys and encryption.
Reviewed in the United States on June 17, 2019
Verified Purchase
A pretty good read especially if you have an interest in encryption and the WWII NAZI code devices.
Read more
Helpful
Report abuse

Esther T. Jones
3.0 out of 5 stars A semi-tragedy with some intriguing twists and turns
Reviewed in the United States on July 3, 2019
"Birth of a Spy" follows Scott Hunter as he tries to break an unusual code.

Once we reached that point, where everything started to go wrong for Scott, the story flowed much better, and wasn't bogged down so much by overly generous description. Although I felt the novel centered a perfect amount of time on Scott, I do wish we had spent less time with some of the minor characters whose only interaction with the main character happened in the briefest of moments.

I loved the mystery that surrounded the story, but where it lost its charm for me was in the constant arrogance of Scott's character. Much of the story is pushed forward by his hubristic actions, each one leading him further down a path he wishes he could be off, but pridefully continues to follow anyway, lending the work an air of semi-tragedy that I think works quite well, but doesn't do much to make me very sympathetic toward Scott.

I also enjoyed the britishness of the story, delighting in traversing around London and Cambridge during Scott's escapades, and thought it quite amusing when whisky was drunk from teacups. The writing itself served the story well, and though, as mentioned above, the description can get to be a bit much at times, the novel does a fantastic job at very aptly painting the scenes and settings, letting me imagine everything quite clearly.

Overall, a diverting enough story that I would recommend to anyone who loves mystery, codes, spy stories, or WWII.
Read more
Helpful
Report abuse

KHopkins
4.0 out of 5 stars Intriguing storyline
Reviewed in the United States on July 7, 2019
Really enjoyed the story line. Nazis, spies, old Enigma codes there is a lot here to enjoy. The plot was well defined and the main character was well developed. I did struggle through the first part of the book though. Long descriptions and a lack of dialog made it, at times, difficult to follow. At that point the action picks up and the story moves much better. Overall I would say the plot carried the book and the lack of dialog held it back.
Read more
Helpful
Report abuse
See all reviews

UrukHai 360
5.0 out of 5 stars An excellent book that exudes quality!
Reviewed in the United Kingdom on March 12, 2019
Verified Purchase
Without giving any spoilers, I found this to be an absolutely fantastic read. Really well written indeed, with a plot and sub-plots that will keep the reader page-turning until the very end. Great character development in the murky world of espionage - brilliant!
The author has previously written a couple of novellas and this is a spectacular first full-length book. I actually enjoyed it enough to buy both the Kindle and paperback editions, and will be keeping an expectant eye on Duncan Swindells for his next book.
I would totally recommend "Birth of a Spy" to everyone. Buy it now because it's awesome!
Read more
3 people found this helpful
Report abuse

Jen
5.0 out of 5 stars A most interesting read
Reviewed in the United Kingdom on April 3, 2019
Verified Purchase
This is a very compelling story written by someone who clearly does their homework resulting in a narrative that engages and intrigues throughout. The central character takes you on a journey which of suspense that is both gripping and unexpected. For my taste, I would have liked to known a little more about the central character which I feel would have contributed more weight to his journey however, with that said, not knowing does not detract from what is, overall a very well written and engaging book.
Read more
2 people found this helpful
Report abuse

Dan Jenkins
5.0 out of 5 stars Gripping stuff
Reviewed in the United Kingdom on October 18, 2019
Verified Purchase
I had an enthralling time reading this book. I agree with another reviewer in that the action picks up in the second half of the book, but the first half is fascinating too. Towards the end I wasn't just reading this at nights but taking it in to work with me, which I never do. I enjoyed the London details very much and the author doesn't shy away from gory details! Un-putdownable towards the end.
Read more
2 people found this helpful
Report abuse

Rachel
5.0 out of 5 stars An enjoyable read.
Reviewed in the United Kingdom on August 19, 2019
Verified Purchase
Although it took a while to get going, the story became very fast paced in the second half of the book, and from that moment on I couldn’t put it down. I enjoyed the elegant writing style and descriptions of London, where I used to live. This is crying out for a sequel, and I can’t wait to see what Hunter does next.
Read more
2 people found this helpful
Report abuse

A. Bryant
5.0 out of 5 stars A rollercoaster of a ride!
Reviewed in the United Kingdom on February 4, 2020
Verified Purchase
I don't want to give any spoilers with this book but I just want to try to express how it gripped me from the start. There are shocks along the way but this writer is a great storyteller and I can't wait to read the next installment.
Read more
One person found this helpful
Report abuse
See all reviews
Back to top
Get to Know Us
Make Money with Us
Amazon Payment Products
Let Us Help You
EnglishChoose a language for shopping. United StatesChoose a country/region for shopping.
© 1996-2022, Amazon.com, Inc. or its affiliates