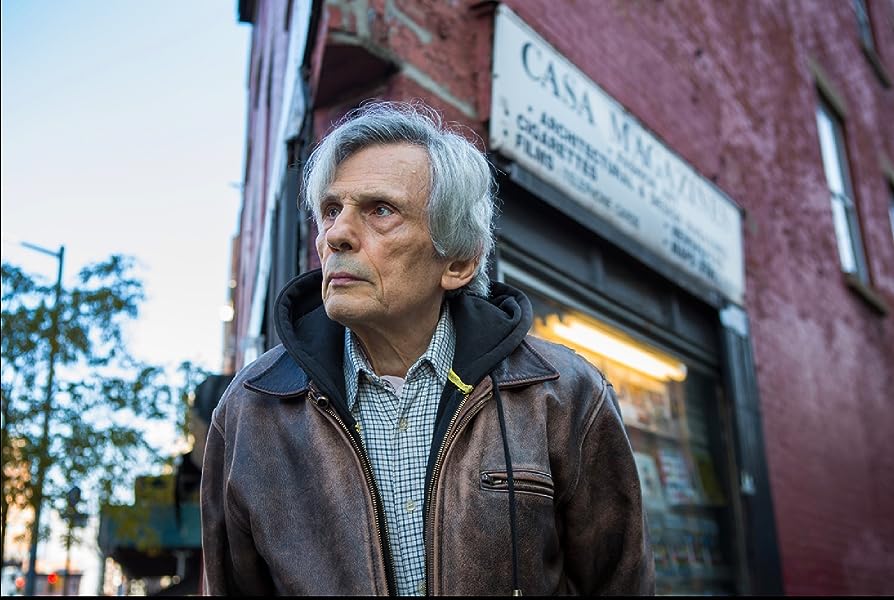 “A borough native wrestles with con men, gangsters and the biggest villain of all―Robert Moses…. One is left with no doubt that Jerome Charyn’s shriek, his war cry, his own peculiar music, was born [in the Bronx].”
- Abraham Socher, Wall Street Journal

“[Jerome Charyn] is to the Bronx what Saul Bellow, early in his career, was to Upper Broadway―bard, celebrant, mythologizer.”
- Jonathan Yardley, Washington Post

“It is no small achievement to be the Babel of the Bronx.”
- Leslie Epstein, New York Times Book Review

“Sharp-edged short stories…Charyn’s narrative sleight of hand is wonderfully at play…. Despite the hard edges, and there are many, a rich sweetness flows just below the surface of Bitter Bronx.”
- Wendell Jamieson, New York Times Book Review

“[T]here are certain constants in Charyn’s work: an energetic, urbane prose, a playful approach to narrative, a fascination with history, and a downbeat, noir-ish perspective. This fatalistic outlook coexists comfortably with the ebullient verve and propulsion of his prose…. Whether writing about Yiddish theatre or silent film or movie palaces or old Bronx neighborhoods, Charyn is the curator, celebrant, and mourner of lost worlds…. The prose impresses with its accumulation of apt details, fresh diction, and serpentine syntax…. Is Charyn truly a romantic or a trickster? Hard to say on the basis of these entertaining stories: probably both. They are written with confidence, fluidity, mischievous aplomb, and a lifetime’s worth of acquired literary skill. A light ironic touch peeps through these tales of doomed passion, as though the septuagenarian Charyn were mocking his own former searching for a movie-type love, his previous ‘constant adolescence’ of hungering for dream women.”
- Phillip Lopate, New York Review of Books

“In this collection of stories, Charyn’s characters leave blighted streets only to boomerang back to a part of New York ‘in permanent recession.’ With echoes of Walt Whitman’s fantastical city and the hard-broiled territory of Mickey Spillane, Bitter Bronx elevates the borough’s stoops and sidewalks into the realm of myth.”
- O Magazine

“Jerome Charyn is one of the most important writers in American literature.”
- Michael Chabon

“Jerome Charyn is merely one of our finest writers, with a polymorphous imagination and crack comic timing. Whatever milieu he chooses to inhabit, his characters sizzle with life, and his sentences are pure vernacular music, his voice unmistakable.”
- Jonathan Lethem

“Charyn, like Nabokov, is that most fiendish sort of writer―so seductive as to beg imitation, so singular as to make imitation impossible.”
- Tom Bissell

Jerome Charyn's stories have appeared in The Atlantic, Paris Review, American Scholar, Epoch, Narrative, Ellery Queen, and other magazines. His most recent novel is I Am Abraham. He lived for many years in Paris and currently resides in Manhattan.

Start reading Bitter Bronx: Thirteen Stories on your Kindle in under a minute.

Stephen Miller
5.0 out of 5 stars Jerome Charyn’s powerful stories take us into the dark side ...
Reviewed in the United States on October 6, 2015
Verified Purchase
Jerome Charyn’s powerful stories take us into the dark side of the Bronx--the city’s poorest borough. In a mini-memoir that opens the collection, Charyn argues that the Bronx began a long decline after the Cross Bronx Expressway was built in 1955. Yet he also suggests that even before the expressway was built, life in the Bronx was bitter. “It was the land of deprivation, a world without books or libraries and museums,” a land filled with depressed people stuck in wretched jobs The West Bronx I grew up in--from 1947 to 1955--was not the Bronx that Charyn describes. It was not the “Lower Depths.” Rather, it was filled with upward-bound middle-class Jews and Irish. But no matter. Charyn is not a historian; he is a very imaginative writer. His bleak stories about people wrestling with demons and struggling to make a living are immensely readable.
Read more
11 people found this helpful
Helpful
Comment Report abuse

Rene A. Vallee
5.0 out of 5 stars Reading Jerome charyn wih love in ones heart...a winner...
Reviewed in the United States on May 6, 2016
Verified Purchase
I have fallen mdly in love with the writing of Jerome Charyn--I especially love his love of the Bronx and of growing up there with all the different multinational influences etc....I would recommend this book with no r eservations whatsoever--it will get you hooked on his style and what a great style it is..
Read more
4 people found this helpful
Helpful
Comment Report abuse

Marsha Hirano-Nakanishi
5.0 out of 5 stars Charyn always is amazing and dark
Reviewed in the United States on September 4, 2015
Verified Purchase
Charyn always is amazing and dark. I couldn't pick "nostalgic", too, but it was in its way of telling tells from the old Bronx days. Bravo!!
Read more
2 people found this helpful
Helpful
Comment Report abuse

Lynn K Einbinder
2.0 out of 5 stars Just Okay on the Concourse.
Reviewed in the United States on August 1, 2015
Verified Purchase
I had hoped for more stories to take me back to The Bronx but too much took place in Manhattan, plus too many stories were too similar.
Read more
Helpful
Comment Report abuse

Harry Rabin
3.0 out of 5 stars Head back to the Bronx
Reviewed in the United States on July 7, 2015
Verified Purchase
Some of the stories are okay and others not so good. Appeals only, I suppose, to ex-Bronxites.
Read more
One person found this helpful
Helpful
Comment Report abuse

Phoebe Brown
5.0 out of 5 stars Awesome Read
Reviewed in the United States on June 5, 2015
What really intrigues me about this splendid, little anthology is the way the author makes himself a part of it, yet holds back from claiming it's the slightest bit semi-autobiographical. And he has every right to do that. Let him work his magic in a fictional setting rather than give a play-by-play account of his life. It's more fun this way. He can be as creative as he wants to be without having to stick to a timeline or rigid set of facts. He can explore facets of himself through the guise of different characters. It broadens the scope, stretching the gossamer veil over our eyes, only giving us a purposefully distorted view of himself in order to more fully engage our imagination. What really tickled my fancy is that Charyn even names one of the characters, Jerome, a male model who's traded like a piece of meat when all he wants is to further his literary ambitions and save the girl he loves from herself. "Archy and Mehitabel" is the classic doomed love story of Central Park privilege versus Bronx practicality. Jerome isn't enough for his lady love, and he knows that. Her mind is her treasure and her downfall, while his striking appearance is his. He's not taken seriously, and some of the bitterness of the book's title weighs heavily on his shoulders. The high school teacher who is banished to the outskirts of civilization in "Milo's Last Chance," also bears some Jerome-esque qualities. He's expected to fail at his job, but instead he succeeds with the youth of the Bronx, filling their hearts and minds with the poetry of Byron and Keats. He even gets some of them into Harvard and Yale, garnering the attention of a PBS documentary crew. His modus operandi goes something like this, "He would find a rare prodigy—a girl from Senegal or a boy from Martinique—who dared dream of college, and Milo tutored such prodigies, helped them to write a decent composition." But he couldn't save himself. Having an affair with a former student breaks his spirit when she uses him to get her into a college in Maine, before running off with the owner of the town lap dance club, and eventually marrying him. Milo never recovers from the betrayal. He just plods through life, the fire having gone out of him. But perhaps my favorite insight into Jerome's psyche comes through the voice of Dee. She's been "dubbed the photographer of freaks" and goes through the gestational pains that can be associated with a writer. She's "a huntress," who relentlessly pursues her subjects. She beleaguers them with her flashbulbs until they drop the mask they're hiding behind, showing her their real souls. She's presented thus, "She'd always been clicking, clicking with her eyes long before she had a camera." In essence, you can picture a writer clicking away in much the same way at a keyboard. But there's a reluctance to her work, especially when she wears down the giant of the Bronx who just so happens to be her friend. Jerome says it straight out, "She'd manipulated Eddie Carmel." Charyn even gets Dee to voice her embarrassment aloud to make some kind of amends, "I took advantage of you, Ed." There's an interesting line to be crossed when blending reality with fiction because inevitably the two inter lap. Writers draw inspiration from the people they meet, regardless of how they meld their personality traits together. For any writer, this can create a conflict of conscience. How far is too far? That's why I think it's wise for Jerome to wrestle with these questions in prose instead of autobiography. He wants to talk about his past. It's burning within him to be released, even if he chooses the form he's most familiar with in order to tell it and share it with the rest of us. He may be bitter about the Bronx, but that's okay, because beneath all the sorrow you can tell it still fascinates him too.
Read more
One person found this helpful
Helpful
Comment Report abuse
See all reviews

L Hoffmann
5.0 out of 5 stars Brilliant Stories!
Reviewed in Germany on August 31, 2016
Verified Purchase
Charyn connects characters from different stories with each other, however, every story stands for itself. A great insight into different people from differing backgrounds all combined by their connections to the Bronx.
Read more
Report abuse
See all reviews