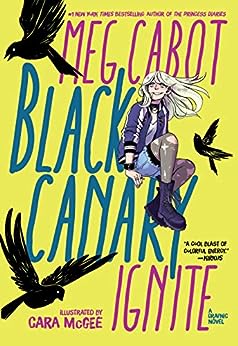 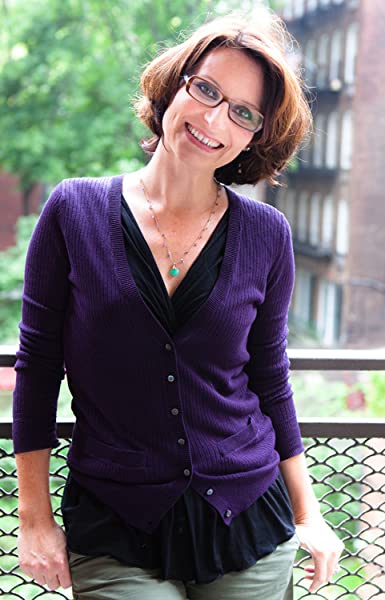 by Meg Cabot (Author), Cara McGee (Illustrator, Artist) Format: Kindle Edition
Book 2 of 2: Black Canary: Ignite
Editors' pick Best Books Ages 9-12
See all formats and editions
Sorry, there was a problem loading this page. Try again.
From the #1 New York Times bestselling author of The Princess Diariescomes Black Canary: Ignite, Meg Cabot's first graphic novel! With expressive and energetic art by Cara McGee to match the trademark attitude and spunk of Meg Cabot's characters and dialogue, this mother-daughter story embraces the highs and lows of growing up without growing out of what makes us unique.

Thirteen-year-old Dinah Lance knows exactly what she wants, who she is, and where she's going. First, she'll win the battle of the bands with her two best friends, then she'll join the Gotham City Junior Police Academy so she can solve crimes just like her dad. Who knows, her rock star group of friends may even save the world, but first they'll need to agree on a band name.

When a mysterious figure keeps getting in the way of Dinah's goals and threatens her friends and family, she'll learn more about herself, her mother's secret past, and navigating the various power chords of life.

Black Canary: Ignite is an inspirational song that encourages readers to find their own special voices to sing along with Black Canary!
Read more
Previous page
Next page
Read this book on comiXology. Learn more
Kindle e-Readers
Fire Tablets
Free Kindle Reading Apps
Available on these devices
All 2 for you in this series See full series 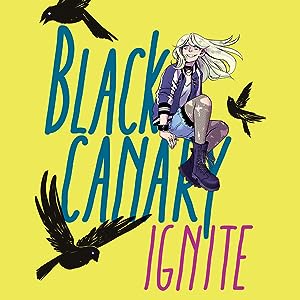 "Dinah Lance's story will be familiar to any woman or girl who has ever been told that she's too loud, brash, and disruptive for this world." —Bustle

"Fantastic! Find your voice with the Black Canary!" —Jennifer & Matthew Holm, New York Times bestsellers of Sunny Side Up & co-creators of the Babymouse series --This text refers to an out of print or unavailable edition of this title.

Meg Cabot was born in Indiana during the Chinese astrological year of the Fire Horse, a notoriously unlucky sign, but has been working hard ever since to give herself a happy ending. Her books for both adults and tweens/teens have included multiple #1 New York Times bestsellers, selling well over 25 million copies worldwide. Her Princess Diaries series has been published in more than 38 countries and was made into multiple hit films by Disney. Meg’s numerous other award-winning books include the Mediator series and the Heather Wells mystery series. Meg Cabot (her last name rhymes with habit, as in “her books can be habit forming”) currently lives in Key West with her husband.

Amazon Customer
4.0 out of 5 stars BUY IT NOW
Reviewed in the United States on May 4, 2021
I LOVED IT! Short and cute read definitely good for young readers and I loved it even though i’m not really a young viewer.. it’s so cute and is perfect if you want to hear black canary’s backstory!!
Images in this review

Jessica Rugg
4.0 out of 5 stars Fun
Reviewed in the United States 🇺🇸 on July 19, 2022
Verified Purchase
I love Meg Cabot’s writing and this is no exception!
Read more
Helpful
Report abuse

Octopodesitis
3.0 out of 5 stars Next Generation
Reviewed in the United States 🇺🇸 on April 24, 2022
Verified Purchase
Overall it was a good story of the new Black Canary and decent art.

Nothing negative to say. Definitely more for MG/YA.

Katie Shetter
4.0 out of 5 stars BUY IT NOW
Reviewed in the United States 🇺🇸 on May 4, 2021
Verified Purchase
The media could not be loaded.
I LOVED IT! Short and cute read definitely good for young readers and I loved it even though i’m not really a young viewer.. it’s so cute and is perfect if you want to hear black canary’s backstory!!
Read more

Katie Shetter
4.0 out of 5 stars BUY IT NOW
Reviewed in the United States 🇺🇸 on May 4, 2021
I LOVED IT! Short and cute read definitely good for young readers and I loved it even though i’m not really a young viewer.. it’s so cute and is perfect if you want to hear black canary’s backstory!!
Images in this review

Mrs. Scott
4.0 out of 5 stars Cute
Reviewed in the United States 🇺🇸 on October 15, 2020
Verified Purchase
The characters were a bit younger than I thought they would be, but it was still enjoyable. It was one I could let the kiddo read without worry. A very cute and wholesome adaptation.
Read more
2 people found this helpful
Helpful
Report abuse

Tatum Torres
5.0 out of 5 stars Great book
Reviewed in the United States 🇺🇸 on December 21, 2020
Verified Purchase
My 9 year old daughter has read this book multiple times. A few months ago the book was misplaced, and months later she mentioned that she wanted it for Christmas! This is a sure win for this household!
Read more
Helpful
Report abuse

Randi Chantrill
5.0 out of 5 stars Cute
Reviewed in the United States 🇺🇸 on August 11, 2020
Verified Purchase
Meg Cabot brings such a joy and cute breath ability to her works and this book is no different. It’s so cute and cozy and made me like DC a bit more!
Read more
Helpful
Report abuse

Jessica
5.0 out of 5 stars Shout out
Reviewed in the United States 🇺🇸 on February 26, 2020
Verified Purchase
This telling of Black Canary, or at least a new version, is artistically cute and well done. Its fun and silly and i like that in a story but it doesnt take away from her origin
Read more
3 people found this helpful
Helpful
Report abuse

Jason T. Perdue
5.0 out of 5 stars Great for young readers
Reviewed in the United States 🇺🇸 on January 29, 2020
Verified Purchase
Great book for young girls and a must for any Black Canary collector
Read more
3 people found this helpful
Helpful
Report abuse
See all reviews

Sophie C
5.0 out of 5 stars Epic!
Reviewed in Canada 🇨🇦 on April 13, 2021
Verified Purchase
My seven-year-old daughter read this book in one sitting and described it as “more epic then my other epic books.“
Read more
Report abuse
See all reviews
Report an issue
Does this item contain inappropriate content?
Report
Do you believe that this item violates a copyright?
Report
Does this item contain quality or formatting issues?
Report