Black Cat and the Secret in Dewey's Diary and millions of other books are available for Amazon Kindle. Learn more 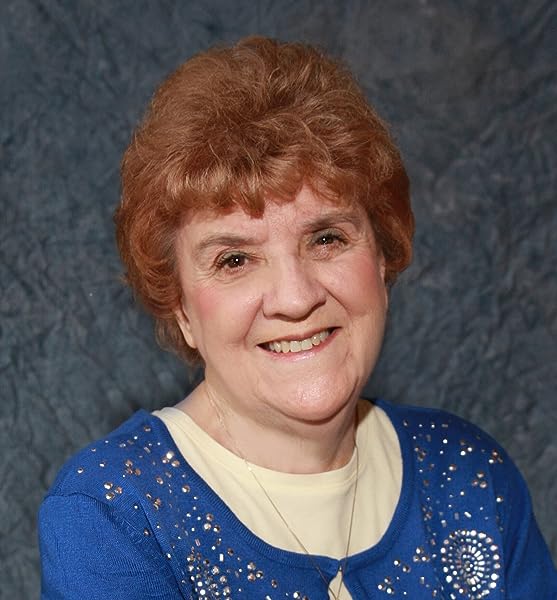 Black Cat and the Secret in Dewey's Diary: A tale of history, mystery, riddles and gold Paperback – September 6, 2019

by Elaine Faber (Author)
4.7 out of 5 stars 20 ratings
Book 4 of 4: Black Cat Mysteries
See all formats and editions
Sorry, there was a problem loading this page. Try again.

Elaine Faber lives in Northern California with her husband and multiple feline companions. She is a member of Sisters in Crime, California Cat Writers, and Inspire Christian Writers where she serves as the club librarian and an editor for their annual anthology. She volunteers with the American Cancer Society Discovery Shop and with the Elk Grove Friends of the Library. She enjoys speaking in retirement homes and on author panels, sharing highlights of her novels. Her short stories have appeared in national magazines and multiple anthologies.
Start reading Black Cat and the Secret in Dewey's Diary on your Kindle in under a minute.

4.7 out of 5 stars
4.7 out of 5
20 global ratings
How are ratings calculated?
To calculate the overall star rating and percentage breakdown by star, we don’t use a simple average. Instead, our system considers things like how recent a review is and if the reviewer bought the item on Amazon. It also analyzes reviews to verify trustworthiness.
Top reviews

Janice Leilani
5.0 out of 5 stars Fascinating and satisfying read
Reviewed in the United States on September 30, 2019
Verified Purchase
Elaine Faber carefully crafted a delightful and complex novel. The origin of the story is intriguing, and the vivid descriptions of the German and Austrian countryside and small towns is rich in detail that came from experiencing the culture. The excerpts from Dewey's Diary have a heart rending ring of truth that comes from the pen of a young man facing the horror of war and surviving. Black Cat and Angel are endearing as always, and intuitively brilliant. Hopefully another novel featuring Black Cat and Angel is already in the works.
Read more
One person found this helpful
Helpful
Report abuse

Kindle Customer
5.0 out of 5 stars Cats are just fuzzy small persons
Reviewed in the United States on February 27, 2020
Verified Purchase
Just read about how they think and see what we.are.doing!! Read this book, as I will be reading.the series, a nd discover what happens next!
Read more
Helpful
Report abuse

Annie
5.0 out of 5 stars B;ack Cat and the Secret in Dewey's Diary
Reviewed in the United States on March 7, 2020
Verified Purchase
This was a good book. Loved the chatter between B;ack Cat and Angel and the surprises just keep coming....enjoy!!!
Read more
Helpful
Report abuse

Jackie Houchin
4.0 out of 5 stars A murder mystery and also a treasure hunt.
Reviewed in the United States on February 11, 2020
Black Cat and the Secret in Dewey’s Diary (a Tale of History, Mystery, Riddles and Gold) by Elaine Faber has a very intriguing title and cover picture. The Tuxedo B&W cat with the castle in the background will make you want to pick it up and read. But the book is more than the cat and the castle. I believe it ties up the loose ends about characters from previous books.

It’s interesting that there are two stories and two plots. Now a lot of books do that today; mysteries with a present and historical past linked by characters in both, or an event that happens in the past that influences the present. Black Cat and the Secret in Dewey’s Diary is not like that, at least to my reading.

These are two unconnected stories, linked only in that Kimberlee, the main character, is in both. The present-day story of the murder of Kimberlee’s neighbor, and the treasure hunt stemming from a diary entry of a WWII incident are not connected and could very well stand alone as novellas (or even be fleshed out into two novels).

That said, the present-day murder mystery was a puzzle that kept me guessing, right to the surprise ending. There was an edge-of-your-seat anxiety that the very worse thing would happen!  I rooted for Kimberlee and her family. However, I didn’t like the meanness that she showed towards the murder victim. Maybe here’s where reading the previous books would have helped. In just this book, it made her a less than likable character, in my opinion.

The WWII treasure hunt also had an intriguing and satisfying tie-up of facts.  However, it was a bit unbelievable that a wife, mother, and bookstore-owner (with a close murder unresolved) would up and fly to Austria with her police-woman friend to find the treasure mentioned in the diary.

The best feature in the book is the Black Cat with his mate, Angel, who by the way, also had different names in previous books. (Another reason why this book really shouldn’t be a standalone, IMO.) These very personable cats don’t directly interact with the humans in speech, but can, in a variety of real feline actions and antics, let most of their ideas and warnings be known. Another fun factor with the cats is the male and female personalities which are so typical of humans of the opposite sex.

I think I would have enjoyed this book more had it been either two books, or if I had read the previous books in the series. (The reason for the 31/2 stars.)
Read more
Helpful
Report abuse

With Black Cat and The Secret in Dewey’s Diary, you get two mysteries in one. Kimberlee happens upon one of the mysteries when she receives a WWII diary that she didn’t order. Though she’s ready to count it as a loss, Black Cat senses that there’s something in it that Kimberlee needs to see. And what she finds, leaves her intrigued. A hidden treasure and hints about where it is are contained in the diary. However, the treasure is across the globe in Austria. As luck would have it, Kimberlee’s friend Dorian has a work trip in Germany and an extra ticket. I really enjoyed the author’s descriptions of the scenery that Kimberlee saw during her unexpected trip to Germany and Austria. I also liked the way that this particular mystery was resolved.

The mystery in Fern Lake actually consisted of several small crimes and a suspicious death. I think the smaller crimes were supposed to throw us off, and the suspicious death left me questioning Kimberlee’s character since she treated the victim in such a bad way. Through the book, we do see that there were past incidents that must have led to her attitude, but given the fact that she’s so sweet to everyone else and so mean to an elderly lady was a little off-putting.

I like how Black Cat gives people nudges toward clues and alerts them to danger. He and another cat, Angel, talk to each other, but they don’t actually talk to humans. Two of my cats are always talking to each other, and I wonder what they talk about!

I did like the plot line that led Kimberlee to Europe, and I wish more of the book had to do with that rather than the other story. Too many unconnected crimes and mysteries were happening in Fern Lake, and it made the story feel disjointed to me.

I’m hoping that in the following books, one mystery will be given all of the attention. I like following the clues and solving the mystery along the way. It was more difficult to do that with everything that was happening. My favorite parts were definitely the way the author described the settings in the books. If you enjoy cozy mystery books with cats, you should give this series a try. I’d recommend starting with book one since the characters and discussions in this book are tied to the prior ones.
Read more
Helpful
Report abuse
See all reviews

Jean N.
4.0 out of 5 stars Suspense and a love of Cats
Reviewed in Canada on December 4, 2019
Verified Purchase
Black Cat discovers Dewey's Diary in the bookstore and realizes by its smell Kimberlee will be interested and he goes out of his way to attract her attention to this book as he does throughout the book in order to get Kimberlee to do what he wants without using words. This is just a small sample of how Black Cat and Angel help Kimberlee in this dazzling book that seems to have something worthwhile happening each minute.

Kimberlee travels over to Germany and another phase of the story opens up. This part of the story had me on the edge of the bed and yelling at Kimberlee. Meanwhile, at home, there are several events happening that will change Kimberlee's life.

I urge you to read Elaine Faber's, Black Cat and the Secret in Dewey's Diary. You'll enjoy a suspenseful yet loving story.

Jean Neilson
Read more
Report abuse
See all reviews
Back to top
Get to Know Us
Make Money with Us
Amazon Payment Products
Let Us Help You
EnglishChoose a language for shopping. United StatesChoose a country/region for shopping.
© 1996-2021, Amazon.com, Inc. or its affiliates