Black Cow and millions of other books are available for Amazon Kindle. Learn more 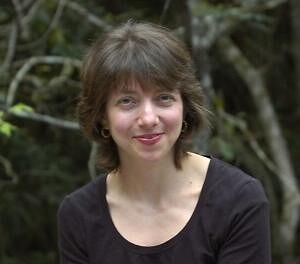 by Magdalena Ball (Author)
2.9 out of 5 stars 25 ratings
See all formats and editions
Sorry, there was a problem loading this page. Try again.

Freya and James Archer live the high life in a luxury home in Sydney’s poshest suburb, with money, matching Jags, two beautiful teenage kids … and they couldn’t be more despondent. James wakes weeping each morning, dreading the pressures of a long and grueling work day ahead, and Freya is struggling with her foundering real estate career. Global recession is biting in Australia, and the Archers are afraid. In a desperate bid for happiness and security they shed the fragile trappings of success and cruise over into the slow lane to take an unmapped turn-off on a country road and live off the land in a remote old farmhouse on the peaceful southern island of Tasmania.
Read more
Previous page
Next page

"The Spaghetti-Slurping Sewer Serpent" by Laura Ripes
Sammy Sanders can't sleep. He is 77 percent sure that a spaghetti-slurping serpent lives in his sewer. Sammy and his sidekicks his sister, Sally, and their slobbery dog, Stan set out to discover the truth. | Learn more

Magdalena Ball runs The Compulsive Reader. She is the author of the poetry books Repulsion Thrust and Quark Soup, the novels Black Cow and Sleep Before Evening, a nonfiction book The Art of Assessment, and, in collaboration with Carolyn Howard-Johnson, Deeper Into the Pond, Blooming Red, Cherished Pulse, She Wore Emerald Then, and Imagining the Future. She also runs a radio show, The Compulsive Reader Talks. Find out more about Magdalena at http://www.magdalenaball.com

Start reading Black Cow on your Kindle in under a minute.

Magdalena Ball is a novelist, poet, reviewer and interviewer, and is the Managing Editor of Compulsive Reader. She has been widely published in literary journals like Meanjin, Cordite, Red Room, and Westerly, in many anthologies, and is the author of several published books of poetry and fiction. Her work has won or been shortlisted for several prizes including the Newcastle Poetry Prize, the Melbourne Poet's Union International Competition, and the Grieve Writing Competition. She is a longstanding (>25 years) member of the Hunter Writers Centre and has been an active participant (as both moderator and performer) in the Newcastle Writers Festival since it's inaugural event in 2013, as well as other literary festivals such as the Hunter IF, the Sydney Writers Festival, and the Digital Writers Festival. Find out more about Magdalena at http://www.magdalenaball.com

2.9 out of 5 stars
2.9 out of 5
25 global ratings
How are ratings calculated?
To calculate the overall star rating and percentage breakdown by star, we don’t use a simple average. Instead, our system considers things like how recent a review is and if the reviewer bought the item on Amazon. It also analyzes reviews to verify trustworthiness.
Top reviews

JSD
5.0 out of 5 stars I loved this book!
Reviewed in the United States on February 15, 2012
Verified Purchase
Most people don't simply wake up one morning and realize that they've veered away from their ideals and set themselves squarely in the middle of the path leading back to them. In reality such an awakening is gradual, fueled by series of seemingly disconnected incidents; and the road back, if one can even get there, is more like a game of Giant Steps than a straight trajectory. BLACK COW examines the possibility of lifestyle change through the actions of the Archer family. Fast-paced, gorgeously-written and stunningly perceptive, BLACK COW is not only a great read; it is a timely and important one.
Read more
3 people found this helpful
Helpful
Report abuse

Ellen Mandel
5.0 out of 5 stars Black Cow--a well-told family story
Reviewed in the United States on July 20, 2012
Verified Purchase
A beautiful moving, and true portrait of a family, four imperfect but good people, each one and all together trying to find their way through the difficulties of life, trying to keep growing, no matter what age.
Read more
One person found this helpful
Helpful
Report abuse

Ginny Martin
3.0 out of 5 stars Hmmmmm
Reviewed in the United States on December 23, 2012
Verified Purchase
This book tried very hard to make me stop reading but the story held my interest. There were a lot of typos, formatting issues and missing letters in words. Flat was misspelled many times as fat...flour came out as four. It could have driven me nuts but as I said, the story of a high stress life of one family and their solution to the stress kept me reading. But please, give the book a good edit!
Read more
Helpful
Report abuse

ev
1.0 out of 5 stars nothing to catch and hold plus profanity
Reviewed in the United States on December 30, 2012
Verified Purchase
There was absolutely nothing in the first chapter to even hold my attention.........nothing but complaints about how bad life is. Spoiled rude kids. The "F" bomb was dropped about half dozen times just in the first chapter, even by the kids.......thats when I deleted. No interest in profanity for profanitys sake, added NOTHING to the story!
Read more
Helpful
Report abuse

SPOILER::::
I got about halfway,and they still hadn't even moved,that's when I gave up!

Would not recommend at all.
Read more
One person found this helpful
Helpful
Report abuse

lcsdr60
3.0 out of 5 stars mid life crisisand the choice for a life changer
Reviewed in the United States on April 19, 2013
Verified Purchase
not really my kind of book, its a mid life crisis where as loose everything buy living above your means or let everything go to find a happiness you have not known 2 of the farthest points away from each other yet many people do it and dont wonder about the in betweens.
Read more
Helpful
Report abuse

CLP
2.0 out of 5 stars No sympathy for the characters - struggling with the story
Reviewed in the United States on January 10, 2013
Verified Purchase
I just can't feel any sympathy for the characters at all. I am only half way through the book and really struggling to finish it. They all seem to be so self centred - even the kids. Not sure that I should waste my time completing it. Am also tired of the many typos.
Read more
Helpful
Report abuse

Nancy Famolari
5.0 out of 5 stars A Modern Dilemma
Reviewed in the United States on February 15, 2012
The Archers are ensnared in the golden chains of their affluent life style: designer clothes, an expensive home, luxury cars, private schools for the children; and it's killing them.

Black Cow is a beautiful story of changing gears in midlife. On the surface, James and Freya have everything. But their world has turned upside down. The recession has hit both their industries, James , the CEO, has to lay people off. Freda can't sell expensive houses. Finally, health concerns, their failing marriage and out of control children force then to reevaluate what constitutes happiness.

Ball presents a sensitive picture of a family struggling to stay together and find fulfillment. The characters are well drawn and believable, the kind of people you know. They could be your family. This beautifully crafted story explores the question of whether changing your life can bring the happiness you seek. You can change where you are, but you can't change who you are, or can you? Can you get back to being the person you once were?

I highly recommend this book. It presents a modern dilemma in very readable terms that will allow you to look at how one family solves their problem. It could change your life.
Read more
10 people found this helpful
Helpful
Report abuse
See all reviews
Back to top
Get to Know Us
Make Money with Us
Amazon Payment Products
Let Us Help You
EnglishChoose a language for shopping. United StatesChoose a country/region for shopping.
© 1996-2021, Amazon.com, Inc. or its affiliates