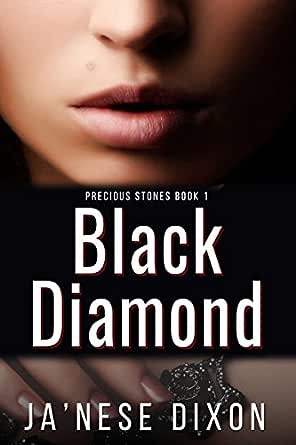 You've subscribed to Precious Stones Series! We will preorder your items within 24 hours of when they become available. When new books are released, we'll charge your default payment method for the lowest price available during the pre-order period.
Update your device or payment method, cancel individual pre-orders or your subscription at
Your Memberships & Subscriptions
There was an error. We were unable to process your subscription due to an error. Please refresh and try again. 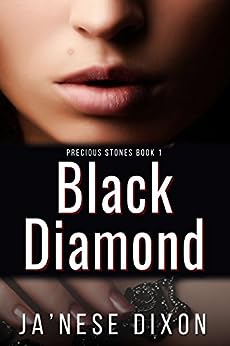 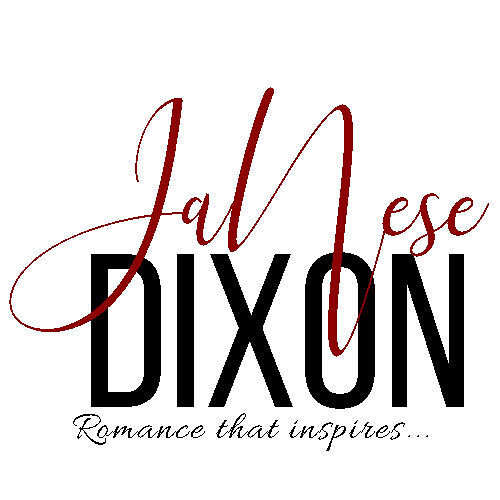 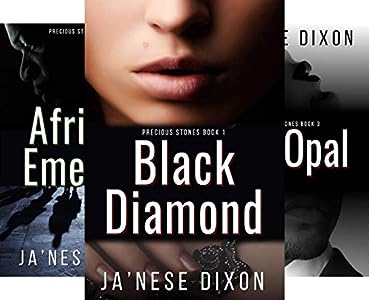 Ja’Nese Dixon pens tales of romance in various subgenres. But her favorites are the ones that manage to keep readers sitting on the edge of their seats lying to themselves about reading “just one more chapter”. Ja’Nese is an avid reader and coffee drinker, who also loves to run, cook, and craft. Her ultimate goal as a writer is to give you a little “staycation” with every story. And she aims to make this present story no exception. Sit back, grab a snack and enjoy. Ja’Nese calls Houston home with her husband, three kiddos and a four-legged diva dog. Visit her website at www.janesedixon.com if you enjoy romance, suspense and good stories. --This text refers to an out of print or unavailable edition of this title.

I read an ARC of this book.
Read more
One person found this helpful
Helpful
Comment Report abuse

Kindle Customer
5.0 out of 5 stars Love 💘!😅
Reviewed in the United States on September 10, 2019
Verified Purchase
This book deserved my five -star 🌟rating! There were many twists and turns! I recommend this read to anyone that wants a lot of excitement!😅
Read more
Helpful
Comment Report abuse

debbie
5.0 out of 5 stars WOW!
Reviewed in the United States on August 22, 2017
Verified Purchase
Wow! This book kept me on the edge of my seat! Well written this suspenseful story has a great storyline, fab characters, mystery, intrigue and a little sexual tension & romance! A well thought out story that clearly the author has researched well, you will not want this book to end! Cant wait to read more!
Read more
Helpful
Comment Report abuse

Shelia McBride
5.0 out of 5 stars This book was good
Reviewed in the United States on April 3, 2020
Verified Purchase
This book was okay I'm glad that they got together and they are doing okay I'll be reading the next book
Read more
Helpful
Comment Report abuse

BookJunkie Gurl
5.0 out of 5 stars Just when you think its simple and see it not
Reviewed in the United States on August 24, 2017
Verified Purchase
With each page turn I was sucked deeper into the web. JaNese Dixon weaves twists and turns keeping me completely engaged. As an avid lover of mystery and thrillers I love having the unexpected and she got me good. Black Diamond didn't disappoint.
Read more
One person found this helpful
Helpful
Comment Report abuse

Inquiring Mind
5.0 out of 5 stars Great Read!
Reviewed in the United States on May 12, 2018
Verified Purchase
I haven't finished reading it, but itis very interesting. I will finish this suspenseful novel. Great Read!
Read more
Helpful
Comment Report abuse

Amazon Customer
3.0 out of 5 stars Ok read
Reviewed in the United States on November 10, 2020
Verified Purchase
It was an ok read, but had to push through to finish it. For me it was wayyy to much mind thinking and head talking and it moved too fast, hell I got lost but just keep going. I hope book 2 is better than the first
Read more
Helpful
Comment Report abuse

Bev
5.0 out of 5 stars Camille needs to break this case to prove to the FBI she is still a good agent. But at what cost?
Reviewed in the United States on November 21, 2016
Verified Purchase
Camille Balckwell has been working at International Jewerly Distribution Company, her faux employeer for 2 years. This is the most challenging case she has had since joining the FBI 6 years ago. She is to investigate suspected illegal dealings with IJDC and stateside trafficking of conflict diamonds. Camille befriends Ashanta Kenani, who also works there and is dating the boss, against the boss's son's wishes. Marc Fulton worked for the CIA for 12 years. But he was itching to be set free. He was going to Houston, his home after being gone for 3 years and needed to re-charge his life. Marc sees Camille at a bar celebrating her new position at IJDC. There is an intense fire between the two of them that they both try to ignore. Then the boss is found dead, and his son takes over the business and moves in Talib Kamwi to be Vice President. Not only that, but Ashanta is missing and no one can get ahold of her. Are the two things related? Can Camille break the case and find her friend or is it too late?
You will never guess the ending of this story!!! I was totally in the dark about the characters in this book! Loved it. I voluntarily reviewed this book.
Read more
One person found this helpful
Helpful
Comment Report abuse
See all reviews