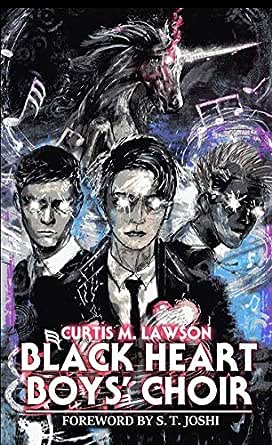 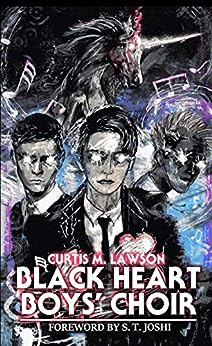 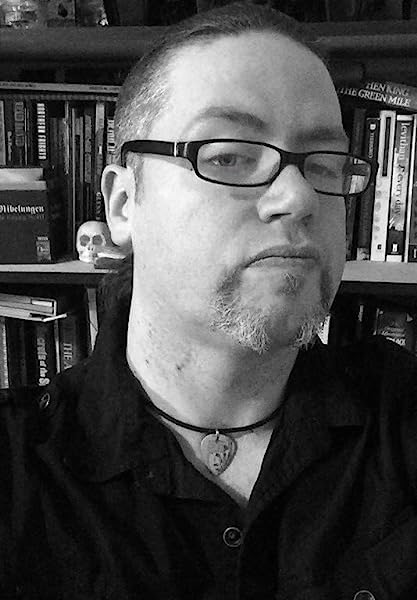 "This is about knowing there is something pure and worthwhile in the world and in yourself, and respecting that,regardless of the mediocre and the spiteful." - William Holloway, author of THE IMMORTAL BODY

"To call it controversial would be an understatement when you consider the world we live in today, but it's the book we need." - Zakary McGaha, author of SOOTHING THE SAVAGE SWAMP BEAST

"An utterly original story that succeeds on the micro level with Curtis M. Lawson's expertly realized Swift River High, and on the macro level in the same vein of Lovecraft's most dread-inspiring tales of cosmic horror, Black Heart Boys'Choir is razor-sharp, relentlessly chilling, and will cut you like the abruptly-severed string of a fiendishly-played violin." - Christa Carmen, author of SOMETHING BORROWED, SOMETHING BLOOD-SOAKED

4.6 out of 5 stars
4.6 out of 5
18 customer ratings
How does Amazon calculate star ratings?
Amazon calculates a product’s star ratings based on a machine learned model instead of a raw data average. The model takes into account factors including the age of a rating, whether the ratings are from verified purchasers, and factors that establish reviewer trustworthiness.

John Chesnut
5.0 out of 5 stars Awesome novel with an important message to be extrapolated!
Reviewed in the United States on October 5, 2019
Verified Purchase
Let me start by saying that I began reading this book a few days before the new Stephen King book came out, with the intentions of putting it down and then picking it back up after I read the new King book. It turned out I couldn't put it down; and I'm glad I didn't. That's saying A LOT, as there may not be a bigger SK fan than this guy right here.
I absolutely loved this book. I come across books I enjoy pretty often, but not many that I feel have a truly significant, and needed, message. This one does. This is a novel that would be called "important" if it had a huge release by a best-selling author. I think the author caught a hold of a way to tell a warning story of (in my opinion) the worst problem we have today, without being exploitive about it. He did it in a way, using possible fantastic elements, that helps separate it just enough from these real life horrors that makes it palatable. It's not preachy; it doesn't even provide an answer to the problem like it's a simple thing, as so many people do. I felt like Curtis Lawson held a magnifying glass up (or maybe a mirror), and said "this is what's wrong. I'm smart enough to know that I don't know the answer, but it's one we all need to start working on." On top of everything, it's well written, and perfectly paced. It's a beautiful, horrifying novel. In my opinion he wrote a modern Catcher in the Rye. I know that sounds hyperbolic, but it's not. This book should be read and discussed in high school English classes. I know once my children are mature enough, I will be recommending it to them. It has the rare distinction of being a book that will make you think while not being a boring slog. HIGHLY RECOMMENDED!
Read more
4 people found this helpful
Helpful
Comment Report abuse

The book commences with rather dense prose composed with a nearly lyrical flourish. If that's not your cup of tea, fear not—the story spreads it wings quickly and takes flight. The underlying concept could have easily encouraged an overwrought execution, but Lawson skillfully dodges self-indulgence in favor of a tense and ever-escalating plot.

Despite having a protagonist that sways between sympathy and villainy for a portion of the book, Lawson manages to keep characters relatable (if not redeemable) even when that line is irrevocably crossed.

Aligning more with the genre of dark fantasy perhaps than traditional horror, I can see this novel appealing to a broad audience, from teenage and adult fans of Billie Eilish and Lana Del Rey to more seasoned horror aficionados.

Lawson has created a work of art entirely his own, and I highly recommend it.
Read more
Helpful
Comment Report abuse

C.M. Rutherford
5.0 out of 5 stars Unique Horror with surprising twists
Reviewed in the United States on September 16, 2019
Verified Purchase
Lucien Belmont is a disturbed teen. He has lost so much there is an anger fighting for release inside him. I musical prodigy now forced to exist in a hum drum world of public school, he is the brunt of the school bullies and most of his classmates. This story is eloquently written and brings to light how children can be ostracized in today's society. The combination of music and horror is a very unique premise for this story. I highly recommend this story. I was hooked from the first chapter.
Read more
One person found this helpful
Helpful
Comment Report abuse

As a writer, I kind of wish I'd written it.
Read more
Helpful
Comment Report abuse

Tracy Robinson
4.0 out of 5 stars Unique Horror Read
Reviewed in the United States on September 9, 2019
The end of the world, as it expresses itself at this place and in this time, is set to music. My choir sings as one, and bodies fall all around us, each a universe unto itself, now forever extinguished.” – Curtis M. Lawson, Black Heart Boys’ Choir

I love horror. I love music. When Curtis Lawson put a call out for reviewers, I couldn’t turn down this synopsis. Music is as wide and varied as the horror genre and I think there just isn’t enough musical horror out there. Recently I’ve read Scapegoat and We Sold Our Souls as well as a few others, but I need MORE. I’ve read a few of Lawson’s short stories in anthologies like Doorbells at Dusk, so it really was an immediate “YES” from me.

Lucien Beaumont is not a nice kid. Frankly, I detested him most of the time while still being utterly fascinated with his horrible thoughts and actions. He comes off as entitled, tortured, and just a bit of a jerk to most people. There are redeeming qualities though. Lawson manages to strike a fine balance between making him unbelievably contemptuous and just heartbreakingly real. He suffers a massive loss and may be suffering from some form of mental illness, but I am not 100% sure on this. His parents, while somewhat present, aren’t exactly paradigms of good behavior. I believe this is treated well. I think the appearance of a Duke of Hell in the form of an evil unicorn may be enough to make anyone behave unusually.

Set in a local public school, I worried that the scenes between the teenagers would feel unreal or contrived. I have a good amount of experience with the behaviors and problems of today’s teenagers. After reading it, I’m wondering how Lawson managed to get this setting and the side characters just right. The “stereotypes” one might think of do exist in some form. The popular and talented girl, the jock with something to prove, the friend to everyone who just wants to get along, and the kids who are mislabeled as “trouble-makers” and seen as “other”. I think the author nails it.

Note: don’t think that because this book has a cast of mostly teenaged characters and is set within a school that it doesn’t deliver the darkness. It is brutal and unapologetic. There are moments when I wasn’t exactly sure what was happening, when the fabric of reality bent a little for me as the reader. The author writes beautifully and has a way of explaining what is happening. He takes it just to the point of understanding and then lets the reader take it the rest of the way.

There is a mystery to be uncovered within these pages and it felt as if I made these discoveries right along with Lucien. There were moments when I HATED being inside this characters head; I felt almost complicit in some of the crimes he committed. But it wasn’t too much. I let go and enjoyed the ride – I needed to see how this all ended up.

Be sure to check this one out. And if you hear of any compelling combinations of music and horror – let me know.
Read more
3 people found this helpful
Helpful
Comment Report abuse
See all reviews from the United States

b clark
5.0 out of 5 stars Tip-top magoo.
Reviewed in the United Kingdom on September 24, 2019
Verified Purchase
Original and compelling, highly recommended.
Read more
Helpful
Sending feedback...
Thank you for your feedback.
Sorry, we failed to record your vote. Please try again
Report abuse