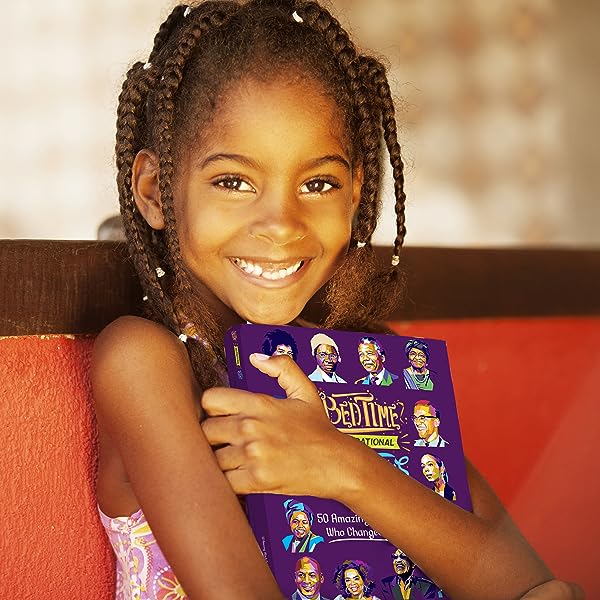 "This book has the power to give you and your child strength, inspiration and hope" --Booklist, STARRED Review

" Black History Matters- Civil Rights Movement Heroes is a collection of rhymes and poems celebrating social activists who changed American History. It is a must read for all." --★★★★★ Publishers Weekly

Nannie Helen Burroughs was an African-American orator and teacher,
A civil rights activist, feminist, business woman, and a religious leader.
Her speech, "How the Sisters are Hindered from Helping," at the 1900 Baptist Convention won her fame,
Soon everyone knew who she was and respected her name.
"A Documentary Portrait of an Early Civil Rights Pioneer, 1900-1959," tells her story,
In her own words, in her own writings, without fame and glory.

There was more to Rosa Parks then just a bus rider,
The most important thing to know, was what was inside her.
Her courage and determination were on display,
The "First Lady of Civil Rights" would not be swayed.
Referred to as "The Mother of the Freedom Movement,"
Rosa's actions led to many civil rights improvements.

James Baldwin was an American novelist and playwright,
An essayist, poet, and activist, whose writings helped fuel the fight.
His message could have been written today, it is so contemporary,
His movie, "I am Not Your Negro," is current, a wake-up, and a necessity.
Other writings, such as "Notes of a Native Son," speak truth to everyone.

As one of the first "Conductors," of the underground railroad,
Harriet Tubman sacrificed freely, carrying a heavy load.
An "Abolitionist," by title, she could stand slavery no longer,
Leading 13 dangerous missions, making 70 lives stronger.
Along with other brave souls, both black and white,
She did more than speak of freedom, she helped lead the fight.

A voice for freedom and the abolition of slavery,
Fredrick Douglass inspired many with his boldness and bravery.
Escaping slavery himself, he was a first-hand a social reformer,
Through anti-slavery writings and speeches, he became an informer.
He brought to light the ugly truth that had often been ignored,
Telling all who would listen to swing wide "Freedom's open door."

Booker T. Washington, educator, author, orator, outstanding among peers,
Was an advisor to American presidents for more than 25 years.
Born into slavery, he climbed to the top of  Washington's elite,
Respected by politicians he had the ear of Senate, Congress, and Judiciary seats.
Spokesman for those who for generations had no voice at all,
Descendants of slavery now had someone on whom they could call.

U.S. Supreme Court Justice, Thurgood Marshall, was instrumental in ending legal segregation.
He was the first African-American Judge to serve on that court in the entire nation.
A voice in Washington, from the most respected benches in the land,
He played a key role in promoting civil rights by providing a strong helping hand.
Appointed by Lyndon Johnson, respected by his peers.
He served the country from that post for twenty-four years.

W.E.B DuBois was a sociologist, historian, and writer,
A civil rights leader who made this world brighter.
At Harvard he was the first African American to earn a doctorate degree,
And became a college professor of history, economics, and sociology.
One of the founders of the NAACP, and writer of "The Souls of Black Folk,"
"Black Reconstruction in America," was a treasure that he wrote.

Ida B. Wells was an American journalist and educator,
An early leader in the civil rights movement, she was a prejudice hater.
She became one of the founders of the NAACP,
And combated violence while striving for equality.
Standing for the rights of all African-Americans of her day,
She became the most famous black women in America, many folks would say.

Pauli Murray was an American civil rights activist and lawyer,
Fighting for women's rights, an Episcopal priest and renowned author.
She was the first African-American woman to be ordained in the Episcopal church.
Doing so in the first year women were allowed to be included in the search.
A voice for women, a voice for blacks, and a voice for God,
Pauli Murray truly deserved to get that nod.

Malcolm X was an American Muslim minister and human rights activist,
His strong views of separation of the races, proved to be a divisive catalyst.
He was an advocate of the Nation of Islam pushing, for Black supremacy,
He could never stand idly by or could be accused of any complacency.
Shortly after his pilgrimage to Mecca in 1964, Malcom softened his violent stance,
Yet in 1965 his assassination proved to take away any peaceful chance.

Ella Baker was a behind-the-scenes organizer promoting civil and human rights.
Her grass-roots focus helped many local groups join the fight.
Working with DuBois, Marshal, and Dr. Martin Luther King, she made her mark,
Mentoring Bob Moses, Diane Nash, Stokely Carmichael, and Rosa Parks.
Her career as a NAACP activist spanned fifty years,
A true leader who chose wisely to lead from the rear.

Daisy Bates was the Arkansas president of the NAACP,
She was known as mentor to "The Little Rock Nine," quite naturally.
Leading the fight in Little Rock's Central High segregation dilemma,
Bringing educational reform to schools from the Dakotas to the Carolinas.
This civil rights leader was also a lecturer, publisher, and journalist,
Her never give up attitude made her the perfect human rights activist.

Martin Luther King Jr. was an American Christian minister and activist,
The most well know civil rights leader, he showed strength as a powerful pacifist.
His "I Have A Dream," is quoted more than any other,
Assassinated in 1968, black and white leaders would be proud to call him brother.
His words so inspiring, backed by his huge unwavering faith,
Have been shared throughout the world, uniting all the human race.

Bayard Rustin was an American leader in social reformation,
Fighting for civil rights, gay rights, non-violence, across the nation.
He worked with A Philip Randolph on the March on Washington in 1941,
Pressing for an end to racial discrimination in employment, his work had just begun.
Rustin was awarded the Presidential Medal of  Freedom,
At a time when prejudice made it difficult to ever feel welcome.

Paul Robeson was an American pro football player for two seasons,
Yet he became more known for his political activism for good reason.
He was a popular actor with a deep baritone voice,
But spoke out for civil rights, which became his obvious choice.
His fame gave him a platform where people would listen,
And he used it for good, to further his mission.

Shirley Anita Chisholm was an American politician and author, who loved to educate.
The first African-American woman elected to Congress in the United States.
Representing New York's 12th congressional district for seven terms,
Her strong views of social injustice made a few Republicans squirm.
Chisholm was a trailblazer, as witnessed by today,
As there are now 47 women of color, serving congress in the USA.

Ruby Bridges is an American civil rights activist who became an important tool,
As the first African-American child to desegregate a Louisiana all-white school.
In 1960 Ruby attended William Frantz Elementary,
Breaking down the barriers that had been so rudimentary.
As a philanthropist, Ruby has been a force for women's rights,
Never backing down, not afraid to stand and fight.

Claudette Colvin is an 80 year old retired nurse's aide and pioneer for civil rights.
Arrested at the age of 15 in 1955, for not giving her bus seat to someone white.
Her action preceded Rosa Parks similar situation, by almost 9 months,
Inspiring Parks to lead a movement of desegregation with a unified front.

Born in Trinidad, Stokely Carmichael a civil rights organizer as a young man.
From his days in high school, he pressed for reform for all African-Americans.
Credited with popularizing the phrase, "Black Power,"
Carmichael gained a following that grew stronger by the hour.
A leader in the Student Non-violent Coordinating Committee,
He helped organize black voters to let their voices speak loud and free.