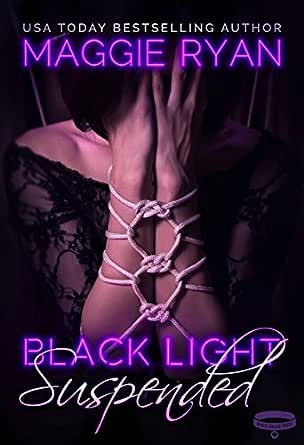 You've subscribed to Black Light Series! We will preorder your items within 24 hours of when they become available. When new books are released, we'll charge your default payment method for the lowest price available during the pre-order period.
Update your device or payment method, cancel individual pre-orders or your subscription at
Your Memberships & Subscriptions
There was an error. We were unable to process your subscription due to an error. Please refresh and try again. 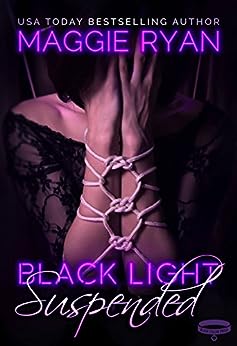 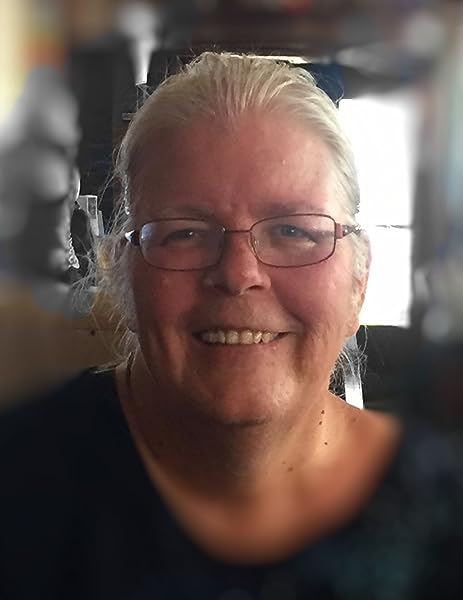 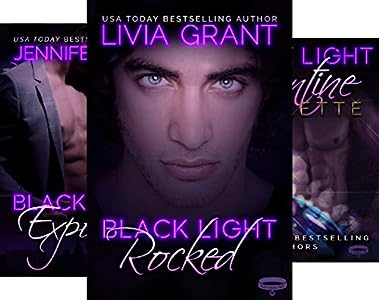 Maggie Ryan delivers one of her best. This contemporary BDSM novel blew me away It's hot, it's touching, and kept me turning the pages into the late hours of the night. I have read a lot of Maggie Ryan books, but this may be my favorite. Her heroine in this book is her strongest one yet. A FIVE star read for sure. Get ready to heat things up with Ms. Ryan - Alta Hensley, USA Today Bestselling Author
*********
Dillion and Charlie have the kind of love affair that sweeps romance lovers up in their wake and Maggie Ryan brings you the sweet and dirty in equal measure. Don't miss this book! - Jennifer Bene

4.7 out of 5 stars
4.7 out of 5
80 global ratings
How are ratings calculated?
To calculate the overall star rating and percentage breakdown by star, we don’t use a simple average. Instead, our system considers things like how recent a review is and if the reviewer bought the item on Amazon. It also analyzes reviews to verify trustworthiness.
Top reviews

Candice
5.0 out of 5 stars Super awesome book from a great author.
Reviewed in the United States on March 30, 2017
Verified Purchase
The hits just keep on coming for the Black Light series. This series follows the Valentine's Day Roulette. Maggie Ryan brings the heat with Charlie and Dillon in this great book. This book had just the right amount of steamy sex scenes. I loved watching the love grow and blossom between these two. And to top it off, Dillon is a K-9 trainer and Charlie gets to play with the puppies!! I mean, who doesn't love puppies!! This was a great addition to the Black Light Series and I cannot wait to get my hands on the next one.
Read more
4 people found this helpful
Helpful
Comment Report abuse

This is the story of Chalie, she is in on a sting to bring a boss and its club down, they finally bring him to justice, but at what cost to charlie. She has a couple of weeks of and goes to visit her sister. Her sister feeling for her takes her to a bdsm club, there she meets up with Dillion, her friend someone she wished she had taken up on his offer of a date.
Dillion is a Dom who loves playing with rope, and seeing Charlie in the club means he now has the chance of getting to know her... on his terms
Read more
Helpful
Comment Report abuse

Pam C.
5.0 out of 5 stars Letting go of fear....
Reviewed in the United States on August 30, 2020
Verified Purchase
This novel was totally not what I thought it was going to be. After reading the first 25 pages or so, I believed it was going to be a strong, professional woman working in a man’s world trying to be the toughest one among them. Who knew when she was able to admit a little fear, she would be able to soar? I was awed by the relationship between the characters and felt my own butterflies fluttering during their courtship and couplings.
Read more
Helpful
Comment Report abuse

Sue T.
5.0 out of 5 stars Treat yourself to a great read!!
Reviewed in the United States on April 29, 2017
Verified Purchase
Another fantastic addition to the series. Each author adds their personal flair while maintaining the underlying storyline. While each story is a standalone, why deprive yourself of all the deliciousness that is Black Light. Loved the chemistry between the main characters. Add a bit of suspense, and you not only have a great book but you also are ready for more. Hated to turn the last page... 5+Star read!!
Read more
One person found this helpful
Helpful
Comment Report abuse

LadyJane59
5.0 out of 5 stars I LOOOVED IT!!
Reviewed in the United States on November 16, 2017
Verified Purchase
I loooved it!
This is the best book I have read since Lexi Blake's Masters & Mercenaries series.
Maggie Ryan is an amazing story teller.
This book is about so much more than jus kinky sex. Her characters are so real, and the story is so filled with emotion, strength, humor, struggles, triumphs, hot kinky sex, love and ultimately an HEA.
I can not wait to read the rest in the series.
Thank you Maggie.
Happy Reading:)
Read more
Helpful
Comment Report abuse

Amy
5.0 out of 5 stars Steamy, loving, fantastic read!
Reviewed in the United States on August 29, 2019
Verified Purchase
Wow! What a great story! Charlize is a DEA agent working with Dillon, an FBI canine agent on a drug bust. Charlize has taken some classes as a sub and Dillon is a dom. They meet in DC and connect. I smiled, cried and loved every minute of this book. Great job!
Read more
Helpful
Comment Report abuse

Margaret
5.0 out of 5 stars A lovely addition to this series.
Reviewed in the United Kingdom on April 21, 2017
Verified Purchase
I think that his is the first book in the series but I read the anthology first and I am addicted to this series. This one is a very sweet love story. I have one reservation against it the ending is slightly predictable. That saying I still loved it. The characters are well written and described. There are plenty of hot spicy sex scenes with BDSM and a slight amount of violence. The story is well set and developed. I highly recommend it and the rest of this series.
Read more
Report abuse

shewolf
5.0 out of 5 stars Loved it
Reviewed in the United Kingdom on January 31, 2018
Verified Purchase
Wonderful series keeps me reading until the end
Read more
Report abuse

Jenny
5.0 out of 5 stars Great read
Reviewed in Canada on April 2, 2017
Verified Purchase
Another winner in the Black Light series. I loved the interaction between Charlie and Dillon and also his brother Owen and Martha. Hope the next book in the series comes soon.
Read more
Report abuse

mhebert
5.0 out of 5 stars Beautiful sexy story!
Reviewed in Canada on April 4, 2018
Verified Purchase
Loved this story. In addition to the great sex and the drama I loved their connection and the beautiful ending. It was touching.
Read more
Report abuse
See all reviews