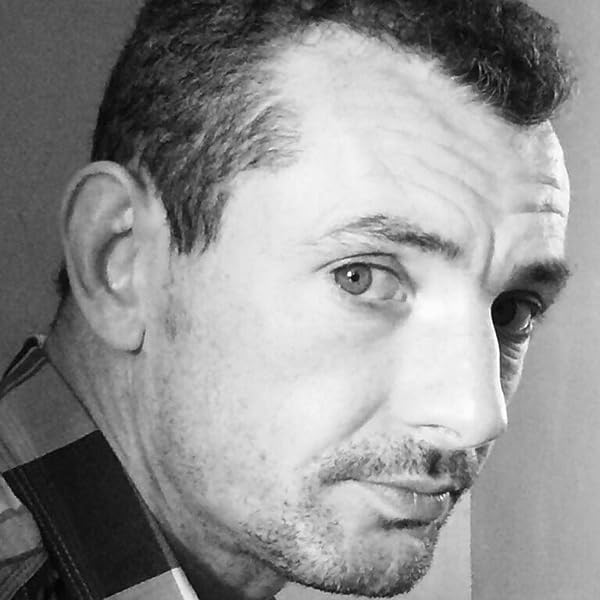 Start reading Black Mirror (Ethan Drake Series Book 4) on your Kindle in under a minute.

4.2 out of 5 stars
4.2 out of 5
31 global ratings
How are ratings calculated?
To calculate the overall star rating and percentage breakdown by star, we don’t use a simple average. Instead, our system considers things like how recent a review is and if the reviewer bought the item on Amazon. It also analyzes reviews to verify trustworthiness.
Top reviews

Mully
5.0 out of 5 stars Another edge of your seat thrill ride!
Reviewed in the United States on June 7, 2020
Verified Purchase
Great book dying to read book 5! Ethan Drake rocks! The hellbastards, Headamus Keep ya wanting more. Thank you for this series Mr Martin! I would recommend to all!
Read more
2 people found this helpful
Helpful
Report abuse

BauerTop Contributor: Baby
4.0 out of 5 stars Cool book, very dark but cool
Reviewed in the United States on July 26, 2020
Verified Purchase
More f-ed up descriptions than the previous books but nothing that doesn't fit. If you liked the previous 2 books then this ones even better. Tho read them in order with the understanding that they do get better as you go.
Read more
One person found this helpful
Helpful
Report abuse

chase-1
4.0 out of 5 stars Good writing, over the top cussing.
Reviewed in the United States on December 30, 2020
Verified Purchase
I like this series but it is pretty dark. Also, the language is unnecessarily profane. No real reason for that. No one really talks like that..do they? Good imaginative writer, good storyline, on book 4.
Read more
Helpful
Report abuse

C.R.
5.0 out of 5 stars Another good one in the series
Reviewed in the United States on September 28, 2020
Verified Purchase
I liked this one as much as the first three, and can't wait to start the next one! Ethan sure has his work cut out for him this time!
Read more
Helpful
Report abuse

txdoc
5.0 out of 5 stars Chilling, absorbing, and addictive...
Reviewed in the United States on May 25, 2020
I have been hooked on this series from the very first book. They are imaginative, action-packed, gritty stories with some amazing characters and a generous peppering of distinctive dark humor. This book runs a little longer than the previous ones but goes by in a flash as it is very hard to put down once you start reading. Ethan is facing multiple challenges in his professional life as well as his personal life. There is no shortage of villains as we watch him face off against organized crime, ghouls, vampires, spreaks, MURKS, a yakuza crime boss with a grudge, and even an ice queen. Fortunately for enthusiasts of dark urban fantasy and especially for fans of this series, there is never a dull moment in the life of Ethan Drake. This book does leave much unresolved business for Ethan and I will be looking forward to seeing where the author chooses to take him next.

I was provided with an advance copy of this book by the author and I am voluntarily offering my honest and unbiased review.

Phoebem
4.0 out of 5 stars Great read, but...
Reviewed in the United States on July 28, 2020
Definitely a good buy. If you like urban fantasy, you won’t be disappointed. A couple of things put me off: one may be a deal breaker later, but the other is small potatoes. The minor criticism is the excessive use of the c-word. I’m not a prude, but one of the differences between a great story and a good story is that foul language is used judiciously, not prolifically. I’ve read all four books and while I think he has massive staying power, he will never reach a wider audience with his current word choices. Again, unfortunate, but won’t stop me from reading more.

The Hell beast Haedemus - however - c’mon. A protagonist of any worth cannot be friends with a thing that far gone. I’m an animal lover too, and the scenes with the horses - crude and pointless. To have Drake horrified, then blasé about it, doesn’t fit either. Speaking to the author here, tell it like you want; it’s your story, but you’ve introduced a moral contradiction that cannot be resolved in a character in a relationship with an angel/? and as a father-figure, AND as a fighter of evil. At the end of the day, Drake has to be able to justify his actions and interactions, and you want readers to like him, watch him resolve inner conflict, and root for him. He doesn’t really seem much different than any nemesis he confronts at this point.

To other readers, still worth the read to this point. Great story line. Interesting virus thread too, given this book was published last year.

PenKay
VINE VOICE
5.0 out of 5 stars Dark, gritty urban fantasy!
Reviewed in the United States on May 20, 2020
We are back with Ethan, not too long where the last book left off. Poor Ethan is being haunted by the past while trying to find out why the Mirrorists are encouraging those with gifts to kill themselves. This book was a gritty, well-written, dark urban fantasy that holds no punches. While not for the faint of heart, there is hope in this novel amid the darkness. Ethan has so many demons of his own to fight, and I despair of him being able to do that. The end threw me for a loop, and now I can’t wait to see what’s going to come next in this interesting universe. Highly recommend! I was provided a complimentary copy which I voluntarily reviewed.
Read more
2 people found this helpful
Helpful
Report abuse

Natasha
5.0 out of 5 stars Action-packed, dark thrill ride.
Reviewed in the United States on August 16, 2020
Black Mirror is a fantastic addition to the Ethan Drake series. It is darker and grittier than the previous books of this series. It’s not for the faint of heart. But it is a non-stop roller-coaster of action, with twists and turns you never see coming.

Once more Ethan finds himself facing powerful beings who are way over his pay grade. There are heart-stopping, bone-chilling moments in the book, where you literally can’t put the book down until you find out how Ethan faired through the ordeal, cheering for his success. The character is written so well and so realistic that despite his darkness and flaws, you can’t help but sympathize and care for him.

The story has been building up through the series and in this book some secrets are getting revealed while new questions are surfacing, creating more suspense and more mysteries. This is an amazing, action-packed series that gets only better with each next installment. If you love dark Urban Fantasy, you must read it. You won’t be disappointed.
Read more
Helpful
Report abuse
See all reviews

Chilipepper
5.0 out of 5 stars hard to put down
Reviewed in the United Kingdom on May 21, 2020
Verified Purchase
Drake is being driven to madness by an unknown force and for unknown reasons.
Expertly and wonderfully detailed by Mr Martin. (as in, you can feel Ethan's pain)

The city is being plagued by a virus, supernormals are being manipulated
into self hate and destruction, Haedemus develops an addiction
and Ethan may be slowly going mad.

One person is behind all this, Drake must discover who, and how to counteract them.
Question is, can he do it this time or will they get the better of him?
Read more
Report abuse
See all reviews