You've subscribed to Tom Stiles Thrillers! We will preorder your items within 24 hours of when they become available. When new books are released, we'll charge your default payment method for the lowest price available during the pre-order period.
Update your device or payment method, cancel individual pre-orders or your subscription at
Your Memberships & Subscriptions
There was an error. We were unable to process your subscription due to an error. Please refresh and try again. 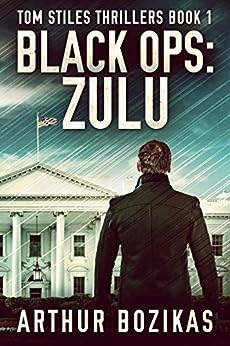 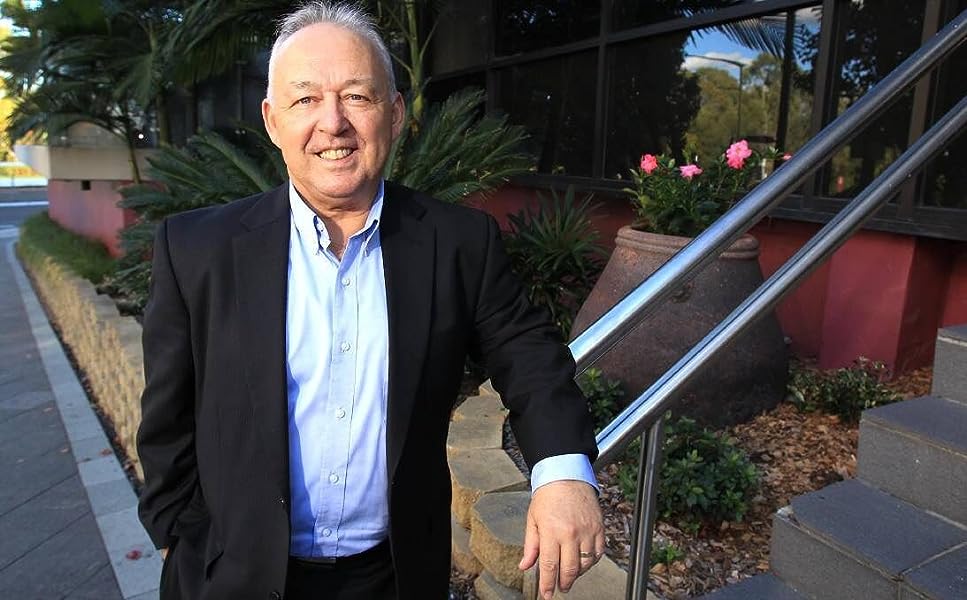 Nolyn: The Rise and Fall, Book 1
In the depths of an unforgiving jungle, a legend is about to be born. Listen now
Books In This Series (1 Books)
Complete Series 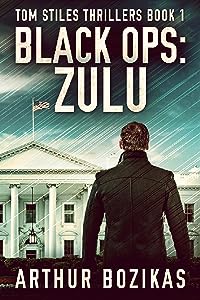 4.0 out of 5 stars
4 out of 5
102 global ratings
How are ratings calculated?
To calculate the overall star rating and percentage breakdown by star, we don’t use a simple average. Instead, our system considers things like how recent a review is and if the reviewer bought the item on Amazon. It also analyzes reviews to verify trustworthiness.
Top reviews

Russ Ann
5.0 out of 5 stars Absolutely thrilling!
Reviewed in the United States on March 29, 2021
Verified Purchase
Absolutely fell in love with this book! Espionage is definitely one of my favorite settings for a suspense-thriller book and this one totally fits the bill so I was very much glad to read this one. Black Ops: Zulu delivered and did not disappoint! I truly enjoyed following the character of Tom Stiles as he dived deeper into the danger to uncover the truth that could be a potential threat that will expose a bunch of government secrets that will throw the whole country into chaos. I won't spoil any part of the book because finding it out on your own is always the best, but this is truly a great book that will surely keep you on the edge until you find yourself reading the very last page.
Read more
3 people found this helpful
Helpful
Report abuse

V.E.
VINE VOICE
5.0 out of 5 stars Great First Installment
Reviewed in the United States on March 22, 2021
Verified Purchase
Black Ops: Zulu (Tom Stiles Thrillers Book 1) by Arthur Bozikas is an action-packed thriller that introduces the reader to Tom Stiles, a former black ops agent. The opening scene has Tom leaving his mistress to return home to his partner and his twin daughters. But the trip home doesn't go as planned, a harrowing event shattering Tom's reality. This sets the tone well for what is to follow. There's plenty of intrigues, danger, and suspense to keep you interested right from the start. Tom himself is a great character, suitable for this kind of thriller. He's tough and gritty but still has a heart. As he gets pulled into an international crime syndicate, there's espionage and more, he must use all of his skill and wits to survive. Expertly written, a strong, fast pace, and great scene setting, this is a great first installment in what is hopefully a substantial and exciting series. Highly recommend.
Read more
2 people found this helpful
Helpful
Report abuse

Grady HarpTop Contributor: Children's Books
HALL OF FAMETOP 100 REVIEWER
5.0 out of 5 stars ‘Hungry for the kill’ – espionage and IT in a fine new thriller series
Reviewed in the United States on March 20, 2021
Verified Purchase
Australian author Arthur Bozikas earned his degrees in Adult Education and in Management and serves as CEO of a nonprofit disability organization for which he has been awarded a Medal of Order of Australia for his service to people with disabilities. Of note, Arthur’s own disability – inherited Beta Thalassemia Major – with which he still struggles, is a driving force to stay well and encourage others to do likewise. He has now published two books – THE BLACK GLASSES and BLACK OPS: ZULU, introducing a new thriller series - TOM STILES THRILLERS.

Having established his identity as an author who manages fiction touched with wizardry in his successful first novel, the author now steps in to the arena of espionage stories, creating an ongoing primary character for the series - Tom Stiles – who becomes completely credible. His personality is established in the first few pages – ‘Lightning speared through the worn blinds of the Motel Voyager. Tom Stiles fastened his Jaeger-LeCoultre around his wrist, his face pulsing between the light and dark. Rain plunged down outside… A sheet of what looked like lightning illuminated the entire crossroads and shocked Tom into pressing the brakes even harder as he waited for the lights to turn green. Tires screeched behind him. Suddenly his body jolted forward, and he air bag exploded in his face. Pain seared through him. And then there was no horizon lights, no road, no car, nothing except pain from his spine to his fingertips and a sense of helpless, unbidden flying as if he had entered a recurring dream. The car seemed to gather him back in. A wheel rolled past the driver side window. Then, darkness.’ And that degree of suspense pervades this new novel.

The plot is outlined by the author’s synopsis – ‘Former black ops agent Tom Stiles is about to face the most personal - and deadly - appointment of his career. Returning to be with his partner and twin daughters, Stiles finally has a shot at a normal life. But soon, death wraps its claws around his life once more, as a member of the Chechen Mafia is demanding a dangerous favor from him. Trying to balance his new responsibilities and protect those he holds dear, Stiles is drawn in to a criminal syndicate with links to international terrorism. But does he still have what it takes to finish the job, and make it out alive?’

Jimmy ray
5.0 out of 5 stars A great suspense adventure into the underworld
Reviewed in the United States on March 24, 2021
Verified Purchase
This is a great action packed fast paced journey through the underworld and Tom Stiles who is a volunteer firefighter and former black ops specialist. Tom finds himself involved with Natasha who dies in a car accident when she smashed into the back of Tom’s car. He finds out she is the daughter of a boss in the Chechen Mafia and he must now figure out how to protect his family while he works to get out the grasp of the mafia. The characters are well developed and the storyline is very exciting. I was hooked from the first chapter. If you like thrillers and action packed adventures, this is the one for you. Check this one out and let me know what you think. I am looking forward to another adventure with Tom Stiles, special ops fire fighter.
Read more
2 people found this helpful
Helpful
Report abuse

As advertised black ops: Zulu was in fact a thriller. The pace was very very fast and for me it was a one day recess.

Although not a perfect book it was very enjoyable. I thought the beginning took off like a rocket. It sort of slowed down in the middle but then regained its momentum towards the end.

Characters are well written. I particularly liked Tom Stiles He was someone I could relate to.

Enjoyed the book and recommend it to everyone.
Read more
One person found this helpful
Helpful
Report abuse

Greg L
5.0 out of 5 stars Enjoyable read
Reviewed in the United States on June 4, 2021
Verified Purchase
I found the story to be very believable, which isn't always the case with black ops books. The hero has regular guy faults and fears that he must deal with. Damn you Arthur for ending where you did 😉. Guess I'll have to read the next in the series.
Read more
One person found this helpful
Helpful
Report abuse

Kindle Customer
5.0 out of 5 stars A compelling book
Reviewed in the United States on May 22, 2021
Verified Purchase
I truly enjoyed this book. It went places I never expected and I enjoyed it immensely. Bravo to the author.
Read more
One person found this helpful
Helpful
Report abuse

Kindle Customer
5.0 out of 5 stars A good book
Reviewed in the United States on May 8, 2021
Verified Purchase
This book started off slow then when it got good it ended I want to read the next one to see where it goes
Read more
Helpful
Report abuse
See all reviews