The Black Palace and millions of other books are available for Amazon Kindle. Learn more 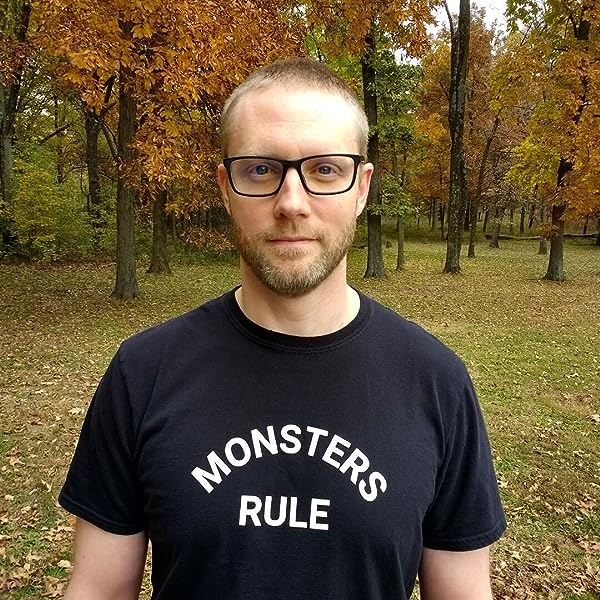 by Josh Woods (Author)
4.0 out of 5 stars 20 ratings
See all formats and editions
Sorry, there was a problem loading this page. Try again.

A GOTHIC HORROR ACTION-ADVENTURE
"This utterly original novel expertly blends profound supernatural terror, swashbuckling action, honest human emotion, brutal violence, and blunt good humor. The smartest, scariest, and most surprising book I've read in ages."
—Pinckney Benedict
The Black Palace—some have called it a hidden fortress, others a labyrinth of myth, a trackless mystery. And even the witches, who built it and keep it shut, fear that through the ages it has come alive. But tonight, a sleek field agent in the Witchfinders Union, DiFranco, leads her supernatural SWAT team on a raid inside to find one of their own, bringing along a witch’s young maidservant as their prisoner-guide. Yet once across that uncanny threshold, they must confront another world of grand secrets, where strange destinies are woven with theirs, where other desires are at work. They soon learn that you don’t get into the Black Palace unless it wants you in, and the same goes for getting out.

"A Splendid Ruin: A Novel" by Megan Chance
“This is a spellbinding page-turner of a book.” ―Kristin Hannah, New York Times bestselling author of The Nightingale.| Learn more
Start reading The Black Palace on your Kindle in under a minute.

Josh Woods is an author, editor, professor, and podcaster. He loves monsters, myth, storytelling, comedy, combat, and crafts. His debut book of stories, O MONSTROUS WORLD! (Press 53, 2019), won the International Book Awards for Fiction: Short Story. His novel THE BLACK PALACE (Amazon KDP, 2018) is an epic of gothic horror action-adventure. He has edited three anthologies of fiction, and he has published genre and literary short stories in numerous journals, magazines, and collections, in addition to having published essays of creative non-fiction, writing craft, and peer-reviewed scholarship. His podcast, The Monster Professor, explores the role of monsters in literature, myth, film, folklore, and pop-culture. His other awards include Outstanding Full-Time Faculty Member of the Year, Press 53 Open Awards for Genre Fiction, and nominations for the PEN/Robert W. Bingham Prize for Debut Short Story Collection, The Best of the Net, and multiple Pushcart Prize nominations, among others. He is a Full Professor of English in Illinois and originally hails from Kentucky.

4.0 out of 5 stars
4 out of 5
20 global ratings
How customer reviews and ratings work

Amazon Customer
3.0 out of 5 stars a tale of
Reviewed in the United States on October 7, 2018
Verified Purchase
witches and witch finder's in a world almost like the present day: cell phones, firearms, and vehicles. My chief gripe is that nothing seems to set the witches and witch finder's apart; neither seem especially beneficial or malevolent, nor is there any true account of how these factions interact with the rest of the world. Indeed, every character of note in the book belongs to one faction or another. The Black Palace itself is a very interesting place, populated by unusual entities.
Read more
Helpful
Report abuse

Scott Pinkowski
5.0 out of 5 stars A journey into The Black Palace is truly worth taking!
Reviewed in the United States on December 20, 2018
Verified Purchase
Josh Woods masterfully crafts a world where modern-day witchfinders (think paranormal SWAT teams) are in constant conflict with the hidden world of witches. You follow a group of these armed-to-the-teeth combatants as they delve deeper and deeper into a dark and magical world where danger and death lurk around every corner. A witch's maidservant barley escapes their onslaught and mourns the murder of her lifelong master at the hands of the witchfinders only to find herself alone, desperate and bent on revenge.

From this point on, the narrative switches back and forth between DiFranco of the Witchfinders Union with her team as she drives deeper into the Black Palace in search of piece of her past and Hava the maidservant who grows in power as she collects a band of supernatural allies in her quest for revenge. Inevitably, the two factions will collide in a finale that will leave the reader hungry for more.

The characters (and monsters!) are memorable and the world Woods created is steeped in history, ancient culture, and mythology.
Read more
Helpful
Report abuse

David
5.0 out of 5 stars Fantastically cerebral and mysterious, The Black Palace rewrites contemporary horror.
Reviewed in the United States on April 13, 2018
Verified Purchase
I’m still in shock that I made it out in alive.

I stumbled into the Black Palace with DiFranco and with every step, was unsure of what could be lurking around each corner. Both a horror novel, and an adventure novel, The Black Palace forces readers into a dark and mystified experience as only a scholar of literary horror and contemporary maestro can conjure. Woods does an incredible job of not only making the plot thrilling and terrifying, but also just as mysterious, dark, and chilling as the palace itself. You will encounter monsters in forms you’ve never experienced and be forced to expand your knowledge of ancient studies along the way. The Black Palace does something truly incredible by making your heart race and your mind stagger with every turn of the page. Unmistakably a cerebral-horror writer, Woods will take you deep into the logic and emotions of humanity and envelop you into the gloom of The Black Palace. Be forewarned, the only way out of The Black Palace is if it chooses to let you out…
Read more
Helpful
Report abuse

Nana KMO
5.0 out of 5 stars Spell-binding: an awesome read!
Reviewed in the United States on March 8, 2018
Verified Purchase
Love this book - found it very hard to put down as I wanted to know what was going to happen next! Josh has written an awesome book and I look forward to many more from him!!
Read more
2 people found this helpful
Helpful
Report abuse

Angie W
5.0 out of 5 stars Awesome read.
Reviewed in the United States on March 31, 2018
Verified Purchase
I loved this book. I couldn't put it down once I began. It is a wonderful mix of action and suspense. A new look at witches and witch hunters. I'm looking forward to reading more of his work.
Read more
Helpful
Report abuse

Michael
5.0 out of 5 stars Exciting fantasy adventure into a world of witches and monsters
Reviewed in the United States on July 8, 2021
We bought this book a few years ago after hearing Woods read at an event. It waited on our TBR until a few days ago when I picked it up and couldn't put it down. I would think about it through the work day, looking forward to when I could get back to it. The novel starts like a police procedural with a character called upon to interrogate a captive witch. From there she is sent on a low-grade recon mission which immediately becomes deeper and more involved than expected. The story really takes off as soon as the characters journey into the titular Black Palace, a somewhat sentient labyrinth that transcends space and time. The descriptions are evocative and the quality of the writing is matched satisfyingly with the exciting pace and intrigue of the plot. I loved reading about a world where witches are powerful and truly frightening and control an underworld of mythological monsters and entities. I'm sure I missed a lot of references, but it was fun to try and catch them. I loved it!
Read more
Helpful
Report abuse

vlrev
1.0 out of 5 stars Like a loooong acid trip
Reviewed in the United States on October 16, 2019
Well, that was stupid. I thought it started with pretty good potential, but it devolved into a story I barely cared to finish, and ultimately, I only finished it so I could get here and write this review.
Read more
Helpful
Report abuse

Lauren
5.0 out of 5 stars One of the best books I've read in a long time!
Reviewed in the United States on March 29, 2018
My journey into the Black Palace is something I will never forget. It's definitely not your average witch story; it's an amazingly unique and fresh take on genre writing and constantly left me with the urge to keep turning the page, while at the same time, terrified to do so. In this novel, Josh Woods perfectly blends fiction with cultural facts and fascinating obscurities, making it seem that much more real the deeper you delve into the palace itself. If the Apocalypse doesn't turn out to be exactly this, I will be disappointed.
Read more
One person found this helpful
Helpful
Report abuse
See all reviews