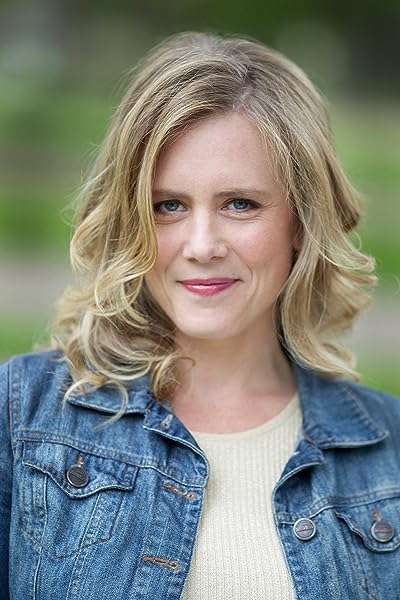 Blackout: Remembering the Things I Drank to Forget Paperback – June 7, 2016

"Simply extraordinary. Ms. Hepola's electric prose marks her as a flamingo among this genre's geese. She has direct access to the midnight gods of torch songs, neon signs, tap beer at a reasonable price, cigarettes and untrammeled longing. . . . As a form, addiction memoirs are permanently interesting because they're an excuse to crack open a life. Ms. Hepola's book moves to a top shelf in this arena. . . . It's a win-win. She got a better life. We have this book."―Dwight Garner, The New York Times

"It's hard to think of another memoir that burrows inside an addict's brain like this one does. . . . Her writing lights up the pages, and she infuses the chapters describing her resolute slog toward sobriety with warmth and sprightly humor. [Grade:] A."―Entertainment Weekly

"You don't need to be a reformed problem drinker to appreciate Hepola's gripping memoir about the years she lost to alcohol-and the self she rediscovered once she quit."―People, "Summer's Best Books"

"Hepola unstintingly documents both her addiction's giddy pleasures and its grim tolls. Her account will leave you breathless-and impressed."―People, "Smart New Memoirs"

"Alcohol was the fuel of choice during Hepola's early years as a writer, but after too many nights spent falling down staircases, sleeping with men she didn't remember the next day, and narrowly surviving countless other near disasters, she fought her way clear of addiction and dared to face life without a drink in hand."―O Magazine, "The Season's Best Biographies and Memoirs"

"Wry, spirited. . . . Hepola avoids the tropes of the 'getting sober' confessional and takes us into unexplored territory, revealing what it's like to begin again-and actually like the person you see in the mirror."―MORE Magazine

"Hepola is an enchanting storyteller who writes in a chummy voice. She's that smart, witty friend you want to have dinner with. . . . Like Caroline Knapp's powerful 1996 memoir 'Drinking: A Love Story,' 'Blackout is not preachy or predictable: It's an insightful, subtly inspiring reflection by a woman who came undone and learned the very hard way how to put herself back together."―Washington Post

"A memoir that's good and true is a work of art that stands the literary test of time and also serves a purpose in the present. It mines intimate, personal experiences to raise bigger questions, tell a bigger story, help readers understand themselves, their circumstances, their world. Like the best sermon, the best memoir comforts the disturbed and disturbs the comfortable. This rare bird is the Southern belle of literature: forceful, punctilious, beautiful. BLACKOUT, the debut memoir by Salon editor Sarah Hepola, is one such memoir. It's as lyrically written as a literary novel, as tightly wound as a thriller, as well-researched as a work of investigative journalism, and as impossible to put down as, well, a cold beer on a hot day."―Chicago Tribune

"Hepola refuses to uncomplicate the complicated, one of her memoir's greatest strengths. Yes, we see the familiar recovery story arc-I drank too much, I hit bottom, I found AA-but with it comes a deep dive into the shame, fear and perfectionism that tilt so many women toward defiant self-destruction with the goal of annihilating the confused flawed self to emerge different, better. Invincible. Reflecting on the fantasies that suffused her drinking years, a newly sober Hepola comes to see that they 'all had one thing in common: I was always someone else in them.'"―Los Angeles Times

Sarah Hepola's writing has appeared in the New York Times Magazine, New Republic, Glamour, Slate, Guardian, and Salon, where she was a longtime editor. She has worked as a music critic, travel writer, film reviewer, sex blogger, beauty columnist, and high school English teacher. She lives in Dallas.

Page 1 of 1 Start overPage 1 of 1
This shopping feature will continue to load items when the Enter key is pressed. In order to navigate out of this carousel please use your heading shortcut key to navigate to the next or previous heading.
Back
Next
Pages with related products. See and discover other items: media literacy