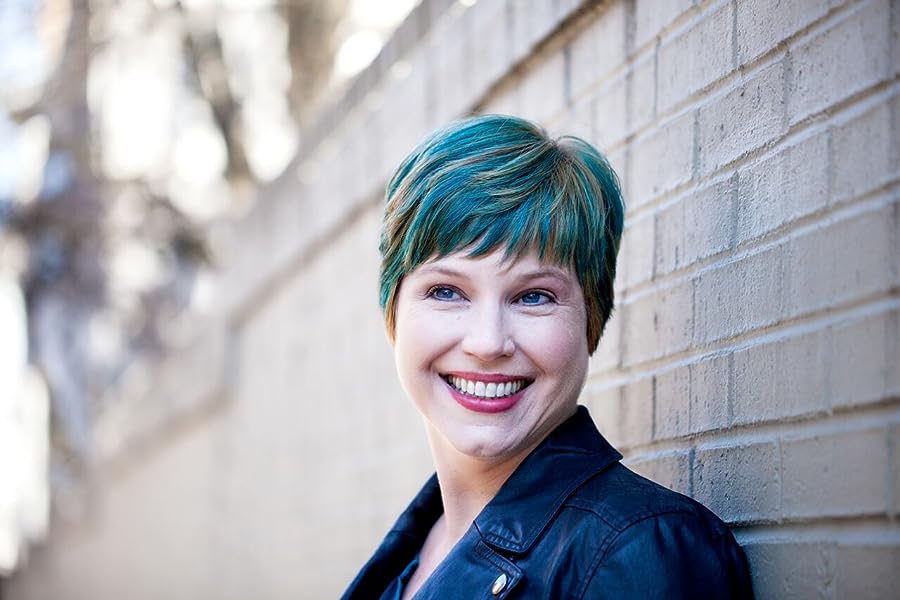 Amazon Exclusive: Behind the Scenes with Author Gwenda Bond

The Lost Colony of Roanoke—even having written a novel inspired by this piece of history, which happened hundreds of years ago, typing the words still gives me a shiver. And why not? It's shivery stuff. In the 1580s, Sir Walter Raleigh got Queen Elizabeth I's permission to found a permanent colony in the New World. After an initial failed attempt, more than 100 men, women, and children signed on to a 1587 voyage—only to find themselves in dire conditions before long. Their leader, Governor John White, was sent back to England for help. He returned three years later to find no trace of the colonists, save the legendary CROATOAN carved into the bark of a tree.

There are few stories in American history that hold more allure than this one. So it's no wonder that it's a mystery people are still trying to definitively solve. In fact, just this year a new potential clue was found embedded in one of White's painted maps. And I wanted to solve the mystery, too. As I did research, I came across the name John Dee, a famed alchemist and advisor to the Queen, who it turns out was involved in planning the colonists' voyage… My story clicked into place. But my solution didn't involve going into the past. Instead I decided to bring the past to us. In Blackwood, when a mass disappearance occurs on modern day Roanoke Island it turns out two very smart—and very modern—17-year-olds are tied to the original mystery, and that they're the only ones who can uncover the truth, at last.

"What delighted me about Blackwood was not only that it’s about the Lost Colony, but also that it’s a supernatural approach to the disappearance...A Favorite Book Read in 2012." - Lizzy Burns, SchoolLibraryJournal.com

"A deft and clever debut!  Bond takes some reliably great elements -- a family curse, the mark of Cain, the old and endlessly fascinating mystery of the Roanoke Colony -- and makes them into something delightfully, surprisingly new. How does she do that? I suspect witchcraft."
- Karen Joy Fowler, New York Times bestselling author of The Jane Austen Book Club

"Weird, wise and witty, Blackwood is great fun."
- Marcus Sedgwick (shortlisted on 4 occasions for the Carnegie Medal, shortlisted for the Guardian Children's Award and won the Booktrust Teen Award)

"Miranda Blackwood's battle against her own history is utterly modern -- and utterly marvelous. She's truly a heroine all readers can rally behind."
- Micol Ostow, author of family and So Punk Rock

"Blackwood is an excellent choice for anyone looking for paranormal YA, mystery, or just something a little bit different. Unlike a number of other recent YA titles, the romantic elements are fairly low-key. I think this makes Blackwood particularly boy-friendly, and also a good crossover title for adult readers."
- Jen Robinson's Book Page

"It's definitely a wistful sort of novel about being different and dealing with scary stuff like losing your family and falling in love, as much as it is about ancient evils and terrible curses and supernatural menaces. It's nice to see a gentler, more personal sort of coming-of-age-and-battling evil novel, although of course Blackwood does deliver the required showdown with the forces of evil with the fate of the world at stake."
- Charlie Jane Anders, io9.com

Gwenda Bond writes young adult fantasy. She is also a contributing writer for Publishers Weekly and regularly reviews for Locus. Her nonfiction work has appeared in the Washington Post, Lightspeed, and Strange Horizons, among others, and she guest-edited a special YA issue for Subterranean Online. She holds an MFA in Writing from the Vermont College of Fine Arts' program in writing for children and young adults. Readers of Lady Churchill's Rosebud Wristlet may know her as everyone's Dear Aunt Gwenda.

She lives in a hundred-year-old house in Lexington, Kentucky, with her husband, author Christopher Rowe, and their menagerie: Hemingway the Cat, Polydactyl, LLC; Miss Emma the Dog-Girl, CPA; and Puck the Puppy, INC. Blackwood is her first novel.
Read more