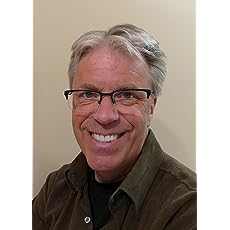 Author Blair Lindsay's novels are laced with a grit and intensity matching that of his career as a Firefighter / Paramedic. His forthcoming novel, The Beast in the Bone, focuses on issues striking at the heart of emergency service professions - PTSD, addiction, under-resourcing - as well as global issues filling today's headlines - human trafficking, political corruption and the rise of nationalism.

Blair Lindsay was born in Montreal Canada, grew up in a house filled with books and developed a voracious appetite for reading. He is a Paramedic / Firefighter who worked for the City of Airdrie in Alberta, Canada for twenty years and since 1998 has taught in the Paramedicine and Respiratory Therapy programs at the Southern Alberta Institute of Technology (SAIT) in Calgary. Blair is the Simulation Educator at SAIT's Centre for Advanced Patient Care Simulation and has presented internationally at numerous conferences on Communication in Crisis.
Read more 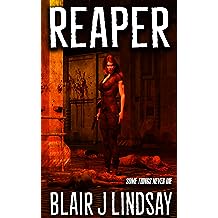 Deep in the heart of the Amazon jungle, two Yanomani hunters crack open a long-forgotten temple and are nearly killed by the mindless, cannibal monster they find trapped within. They return to their village carrying a terrible plague…

A team from Utah’s ultra-secret Blackwood bioweapons group races to Brazil to harvest the mythical disease—codenamed Phoenix—known only from historical records.

To Randall Powell, Blackwood’s sadistic commander, Phoenix may be the ultimate bioweapon—a disease that transforms men into rabid monsters. He will use fear, blackmail—even torture—to force microbiologists Teresa Frost and Paul Klassen to turn Phoenix from legend to reality.

But someone is a step ahead of them…

Frost and her Delta Force team reach the Amazon only to find bodies burned beyond recognition, along with tales of a beautiful and merciless “demon” that slaughtered every one of the infected, then disappeared back into the jungle…

No demon, but perhaps not quite human either, Solenne is blood-bonded to Phoenix—a disease that twists humans into creatures her ancestors called reapers. She has fought its curse before, and will stop at nothing to wipe the infection out again—this time once and for all.

Back in the depths of Blackwood’s biolabs, Frost and Klassen make a horrifying discovery. Phoenix does not simply kill. Powered by both a virus and a medical marvel beyond comprehension, the disease truly resurrects, producing vicious, hungry revenants that live on after death. Real zombies.

As events spin out of control and Solenne races toward Utah, Frost and her Delta Force guards must face the growing legion of undead spawned by Powell’s dark experiments, if they are to prevent a plague that could wipe out mankind—a true Armageddon machine.

But deep in Blackwood’s abattoirs, tampering with Phoenix has given birth to something even deadlier than a reaper… Something so powerful that perhaps nothing on Earth can stop it…

Solenne may be humanity’s only chance.

- This novel is Book Two in the Solenne Series 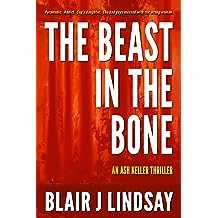 "If Quentin Tarantino made a movie about a paramedic, it would look like The Beast in the Bone."

Ash Keller is a paramedic... and a fentanyl addict.

It’s a deadly balancing act, but most days the narcotics keep the worst of the post-traumatic stress away. The visions of blood, dead babies and shotgun suicides. Keller thinks she has it all under control until a midnight ambulance run on a lonely, isolated road brings her and her partner into the path of a dying girl and a sophisticated child-trafficking ring. Beaten unconscious, Keller wakes tied to a chair in the bloody basement dungeon of a murderer and rapist. Game over, right?

Not for a woman raised by a homicide cop who’s seen for herself what happens to people who don’t fight back. By dawn Keller is infamous, her life in tatters. But she can’t stop digging into the events of that fateful night, and it quickly becomes apparent that night isn’t done with her, either. Her actions have attracted the attention of powerful people who will stop at nothing to keep their secrets safe.

And as every paramedic knows, things can always get worse.

A keening sound was audible now over the diesel growl of the idling ambulance, and she realized fear and adrenalin were colliding in her body and the noise was her, screaming.

Her bloodied hands were shaking but she managed to get a grip on her radio. She tried to still her trembling fingers long enough to press the orange button on the unit, the I’m in fucking trouble button that would summon immediate help.

But another lightning explosion of agony in the back of her head threw her to her knees again, fumbling at consciousness as it slid like oil through her fingers. The flashing lights and the ambulance and even the scent of blood all receded into a long grey tunnel.

She rolled onto her back, staring up into the encroaching darkness. The shadowy figure was back, pale face staring down at her, blurred and indistinct.

Just before she passed out, she imagined sirens in the distance. Wailing ghosts, eager to welcome newcomers to their ranks.

Then the light faded and the night opened up and welcomed her into its black womb.

Blair Lindsay Advanced Care Paramedic, BHSc, MA is the Simulation Educator at the School of Health and Public Safety at the Southern Alberta Institute of Technology. Prior to his career in teaching, Blair spent twenty years working as a Firefighter/Paramedic with the City of Airdrie. He has spoken internationally regarding Patient Simulation, Human Factors Science and Communication in Crisis and is the author of several articles on issues in Prehospital Care as well as several other horror-science fiction novels available on Amazon. 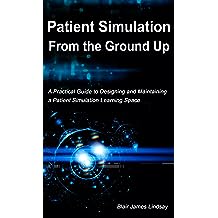 Patient Simulation From The Ground Up: A Practical Guide to Designing and Maintaining a Patient Simulation Learning Space Nov 19, 2015
by Blair Lindsay
$3.75
Patient simulation - the next frontier in health care education - involves educating health care professionals using patient actors and sophisticated manikins that breathe, blink, have vital signs and speak. Learners interact with and treat these 'patients' in critical care teams, hone their skills and learn from mistakes in a setting where no harm can come to any human patient. Here is a clear and concise guide for those embarking on the exciting journey of introducing patient simulation into their health care curriculum. This primer explores the wide variety of challenges and issues that may be encountered while building a patient simulation center, touching on everything from sound and video considerations to types of high-fidelity manikins, to how your future customers may dictate the way you shape your learning space. All this through the eyes of a veteran patient simulation educator, who has guided thousands of health care workers from learner to practitioner using patient simulation.
Read more 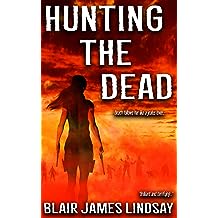 
Brennan is a drifter, gunslinger and sometime thief, protecting a once in a lifetime score and looking forward to a carefree existence until he meets...

Solenne... the the lone survivor of a tribe massacred by reapers... rabid cannibals contaminated with the curse, a disease that causes all those bitten or injured to rise from death and become one of the infected - mindless monsters that hunger only for human flesh. Raised as a warrior and Witch-Woman, Solenne hunts and destroys those tainted by the curse. But she in turn is hunted... by Confederate Colonel Simon Johnston.

Johnston is viciously insane and will stop at nothing to bring victory to the South. Solenne holds the key to his horrifying plans for conquest...

Their lives meet in blood and death...

"Solenne is the ruthless saviour the zombie genre needed."

"If you like Alice, Claire Redfield and Jill Vanetine’s no nonsense zombie ass-kicking, you’ll love Solenne."

"Brennan is a great guy with horrible luck." 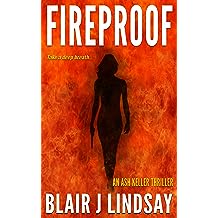 Kelowna, Canada at the height of summer. Hot and sultry as the Mexican Riviera. The beaches are blazing, the Rock the Lake festival is in full swing and the wine tastes sweet.

It's just what paramedic Ash Keller needs, given that her previous year featured fentanyl addiction, child traffickers and—oh yeah—quite a lot of killing.

Damaged and fragile, Keller is still recovering. She used to think she could walk through fire. Now she just wants to heal.

But a killer is stalking the beaches and parks of Canada's summer playground. A predator with horrific tastes who tortures his victims, bringing them to the edge of death again and again, till he finally casts them over.

And he has taken someone dear to Keller.

Keller has tracked killers before. She was bred for it, the daughter of a homicide detective. But the cops here aren't inclined to listen to her. Her relationship with police became... complicated after she killed one of their own, despite the fact that he was busy trying to murder her at the time.

Keller's on her own, time is running out and the heat is on. 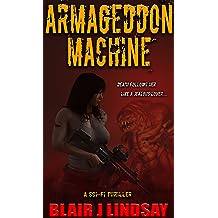 Solenne is the only human on the face of the earth immune to a disease of unimaginable virulence - a highly contagious infection that transforms its victims into rabid creatures with a singular and voracious appetite for human flesh.

Killer, hunter, thief, assassin - Solenne has seen such plagues before. Now she knows that the infection is much more than it appears - an ancient alien contagion that could doom mankind. As undead hordes swarm across the planet and monstrous mutations set loose by human meddling with the disease join, Solenne races to find a way to save the humanity... all the while pursued by an Army team desperate to turn her blood into a vaccine.

Hunted by humans and monsters... her time running out, Solenne must sacrifice everything to halt an Armageddon Machine that will wipe humanity from the face of the earth.
Read more
Other Formats: Paperback