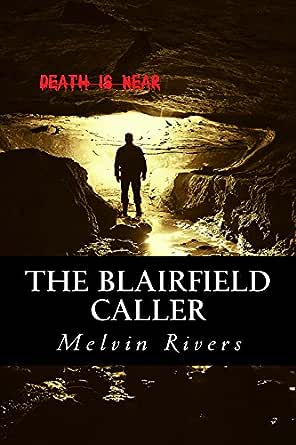 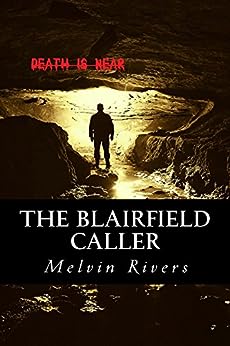 Nate
5.0 out of 5 stars Thanks Melvin!
Reviewed in the United States on March 26, 2016
Verified Purchase
Excellent book, enjoyed it and read it in two days. Definitely picked up the southern accent from Melvin which adds good character to the book.
Read more
One person found this helpful
Helpful
Comment Report abuse

Perry Lake
3.0 out of 5 stars Talk About Vampires!
Reviewed in the United States on February 21, 2016
Stan Jones, a talk show host of a paranormal radio show, has a dark secret. And someone wanting the truth to come out is willing to turn to the paranormal for revenge. What follows is a classic vampire story: a vampire appears in town, people start dying, people start coming back from the dead, and the good guys begin to gather wooden stakes and crosses. What's different is that this vampire seeks revenge for the death of a loved one.

This plot has a lot of potential. The take-off on the late-night radio program, “Coast to Coast” was a nice angle. But while the story is told in a straight-forward manner, the actual writing could be tightened a bit.

There are a lot of dropped words (“What you know about the next guest?”), sound-alike words (forgiven for forgiving), misspelled words (lumbar yard), and a few run-on sentences (“He did mention something to me over the phone the other day that what he has to say might have bad consequences for our town.”) that a good proofreader would have caught.

Other curiosities occur. At one point, a character asks an old lady where Stan Jones lives. She has no idea. A few lines later, without any intimidation or prompting, he repeats his question. She now gives him precise directions.

And let's clarify this exchange: “Fangs?” “Yessir. Like the ones you see on shepherds and wolves.” I'm guessing that the German shepherd breed of dog is referred to, not sheep-herders.
“Maximillion. That’s short for Max.” I believe it's the other way around. I could be wrong.

But there are some clever bits as well. I especially liked the imagery of this line: “The mouth of the wall’s hole appeared to be laughing with a wicked smile...”

There are also bits that are hard to believe. The local constabulary, informed that the caller Max has killed a nurse, spend all their efforts trying to pin something on Stan. And what is Stan's terrible crime? He ran over a teenager on a rainy night. Seriously, a person might get sued, but no one goes to jail for that, certainly not for fifteen years. It's called an accident.

Despite numerous proofreading errors, “The Blairfield Caller” has an acceptable story. With more attention to grammar, it would be easier to read and less distracting.

Rose
3.0 out of 5 stars Vampire book
Reviewed in the United States on October 20, 2018
Did not realize this was a vampire book which I am not into. But if you are you will probably enjoy this book. It was not reviewed well before being published in my opinion. There are inconsistencies with calling the one character Max then Matt, some misspellings, and wrongly used terms. I was provided with a complimentary copy of this book, through Reading Deals, and I gave an honest review.
Read more
Helpful
Comment Report abuse

Rose
4.0 out of 5 stars Good Book
Reviewed in the United States on March 23, 2016
I was provided with a complimentary copy of this book, through Reading Deals, so I could give an honest review. This was a good book and the main character Stan has a paranormal show at night and he starts getting these calls from a guy named Max and he tells Stan unless you tell the truth his dirty little secret.---- Well now the murders start and it does leave you at a cliff hanger .
Read more
One person found this helpful
Helpful
Comment Report abuse

ALY
5.0 out of 5 stars The Blairfield Caller
Reviewed in the United States on September 20, 2015
I must say I enjoyed this book too. I think I will watch out for this author in the future. This book was very good and well written. I love good creepy books. * I received this book from the author in exchange for an honest review*
Read more
One person found this helpful
Helpful
Comment Report abuse