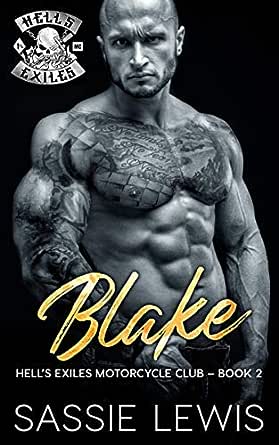 You've subscribed to Hell's Exiles MC! We will preorder your items within 24 hours of when they become available. When new books are released, we'll charge your default payment method for the lowest price available during the pre-order period.
Update your device or payment method, cancel individual pre-orders or your subscription at
Your Memberships & Subscriptions
There was an error. We were unable to process your subscription due to an error. Please refresh and try again. 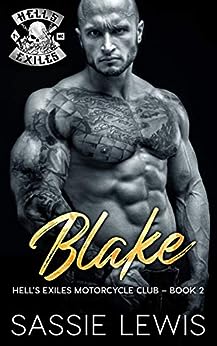 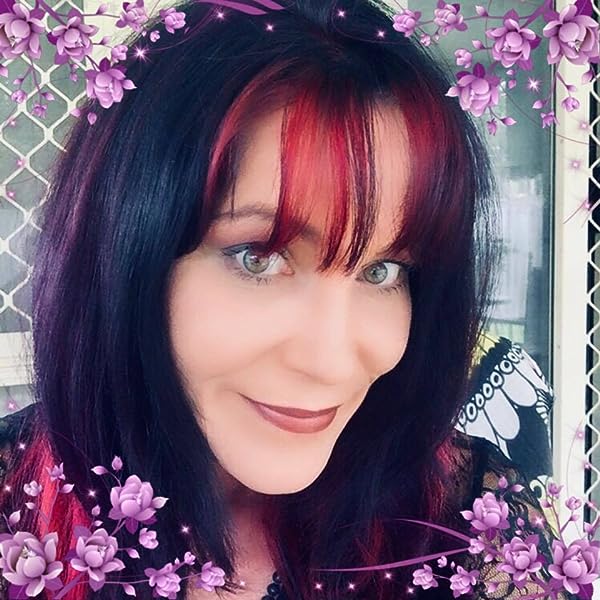 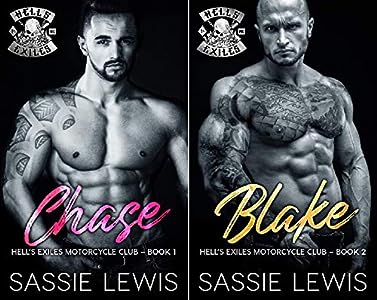 4.7 out of 5 stars
4.7 out of 5
61 global ratings
How are ratings calculated?
To calculate the overall star rating and percentage breakdown by star, we don’t use a simple average. Instead, our system considers things like how recent a review is and if the reviewer bought the item on Amazon. It also analyzes reviews to verify trustworthiness.
Top reviews

Leslee Nevill
5.0 out of 5 stars Whew, I need a fan and a glass of ice water!
Reviewed in the United States on May 31, 2020
Verified Purchase
Whew, I need a fan and a glass of ice water! If I thought Chase and Nessa had a wild ride, Blake and Becca have them beat! Again there were a few typos, strange word choices but that kind of thing doesn't bother me overmuch. What I absolutely adored is that Becca is a strong chick who really grows. In the time between she leaves the club and Blake comes to fetch her home, roughly eight months, she matures and is the perfect match for Blake. The thread of suspense that originated in the first book continues into this one. Fair warning, this is not resolved here either. Some might see it as a cliffhanger, but I don't. Lots of MC stories have a plot thread like this that continues through several books. The events in this one just deepen the mystery and make me that much more invested in the next book. Can't wait for the next book!
Read more
2 people found this helpful
Helpful
Comment Report abuse

linda patino
5.0 out of 5 stars I wish I could give this book a 10 its that good
Reviewed in the United States on May 19, 2020
Verified Purchase
..This is a wonderful read...Do not miss this one. A 6 ft 8 giant and a little spitfire go for it.Hes half Russian in a MC she takes off ends up in vegas working for casino owned by Russian mafia a coincident Im not telling, Read. Its great fun
Read more
2 people found this helpful
Helpful
Comment Report abuse

Lori A Watts
4.0 out of 5 stars GREAT READ!
Reviewed in the United States on May 6, 2020
Verified Purchase
The wait for the second book in this series was well worth it! The second story in the Hell's Exile MC series grabbed me from the start. Blake and Becca had my attention in book one, Chase so I was waiting for their story. It was worth it! Their chemistry was there in every clash and each kiss. Can't wait for the next book in the series!
Read more
One person found this helpful
Helpful
Comment Report abuse

Robyn Corcoran
5.0 out of 5 stars Talk about excitement plus!
Reviewed in the United States on May 5, 2020
It’s been worth the long wait for the second book in this MC series, I loved book one- Chase, so was excited to hear of the release of Blake.

Blake Alexander is the enforcer for the Hell’s Exiles MC and babysitter for the club’s princess, Becca. After she disappears he is entrusted to bring her back. But of course things don’t go as smooth as that.

Becca is a feisty nineteen year old with an extremely strong willpower, a terrific sense of humour and I absolutely loved her character. She is super intelligent, can outsmart most people and has great skills with a knife to protect herself. What more do you need?

Blake is another character who I like, sure he’s gruff, but, knowing his background that’s almost a compliment. 😂 He is a giant who is definitely not gentle in any way, shape or form- except when he wants to be with Becca and even then that’s not often. 😉 They are passion personified and set the sheets on fire.

What an explosive situation when the Russian mob, a biker club and the cartel get together! It certainly makes for an exciting time. The drama and action in the story were spread throughout and when things really heat up it’s a ‘hold onto your seat, you’re in for a wild ride’ type of thing.

I thoroughly enjoyed this second book and totally recommend this series but do yourself a favour and read Chase first if you haven’t. Bring on book three, Zane!
Read more
2 people found this helpful
Helpful
Comment Report abuse

Ann L
5.0 out of 5 stars Thrilling and exciting action filled story
Reviewed in the United States on May 6, 2020
When Blake had to look after the MC Princess she exasperated him at every turn, then after the upheaval and her Mothers death she disappeared, but he always knew where she was. When women looking like her start turning up with their throats slashed, he has to come clean and tell Quin what he knows, he is then told to go and fetch her, something he is not looking forward to, for one, she will not be pleased and two, it will open up a past he doesn't want, there is still someone out there against the Hells Exiles and now it looks like they may have set there sights on Becca.

This is a thrilling fast paced and action packed story, and of course Blake is one Alpha I absolutely loved, can't wait to read Zane.

Samantha Davidson
5.0 out of 5 stars Second book in series
Reviewed in the United States on June 4, 2020
I received an ARC from the author thru Booksprout and am voluntarily leaving my review. I didnt realize that I needed to read the first book in the series when I came across this story. But I caught up and enjoyed reading about Blake and Becca. He's the enforcer for the MC. Becca is the princess he wants and needs but thinks he can never have her. He will always protect her no matter what. Can their time together during the threat change everything? I suggest that you grab Chase also. They are both great reads.

Bookfiend
5.0 out of 5 stars Secrets
Reviewed in the United States on June 4, 2020
Dark, sexy enforcer falls for the one he is supposed to protect. Becca is the feisty daughter of the club President and is off limIts. After her mother dies she runs off as she can not stand to be around her father or the club. Blake is aware of where she is at all times, however when danger comes looking for Becca Blake goes to bring her back. In doing so secrets he has kept hidden come out. Will they be able to forge a relationship or is there to much in the way? HEA. No cheating. Can be read as standalone but better if raad in order.

Stacy Joann
5.0 out of 5 stars Great read!!
Reviewed in the United States on May 5, 2020
I have been anxiously awaiting (really obsessing for) this book and WOW!!! It was magnificent, just like I imagined! Blake and Becca were quite the ride!! We had a bit of a cliffhanger in Chase, and we got ALL the answers in this book. These 2 were actually off the hot chart!! They clash, hate, love and lust for each other.....and it makes for a great read. The book was well written, action packed and lust filled, everything I require in a MC read!! Congrats Sassie Lewis and welcome back!!!
Comment
Read more
One person found this helpful
Helpful
Comment Report abuse
See all reviews

Danielle James
5.0 out of 5 stars An amazing story ❤
Reviewed in Canada on May 12, 2020
Verified Purchase
LOVED IT!! I couldn't put it down. I loved Becca and Blake's story. There was quite a bit of action both in the emotional and steamy sense and I just couldn't stop reading.
Read more
Report abuse
See all reviews