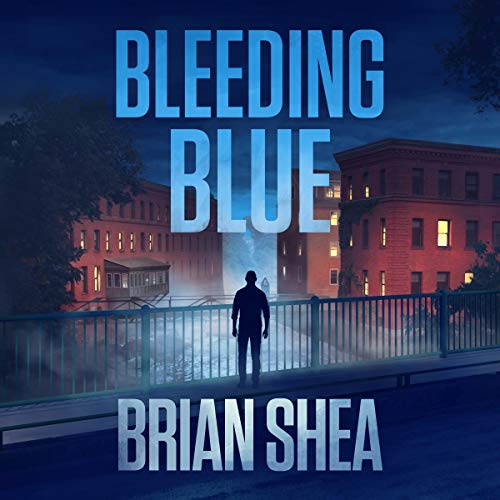 An electric crime thriller series written by a former detective.

4.4 out of 5 stars
4.4 out of 5
644 global ratings
How are ratings calculated?
To calculate the overall star rating and percentage breakdown by star, we don’t use a simple average. Instead, our system considers things like how recent a review is and if the reviewer bought the item on Amazon. It also analyzes reviews to verify trustworthiness.
Top reviews

Gabi Rosetti
5.0 out of 5 stars ... “Where you lived within the city mattered. Neighborhoods mattered.” ...
Reviewed in the United States on March 10, 2020
Verified Purchase
Boston Homicide Detective Michael Kelly is called to a convenience story robbery and murder. There are few clues, so Kelly, Larry Mainelli and Kristen Barnes (transferred to homicide and their newest partner) have their work cut out for them. Can they solve the murder before the city gets caught up in the violence of a gang war? Things are not always what they seem to be...

The follow-up to MURDER BOARD is another fast-paced, intriguing read. Brian Shea has penned a great unputdownable thriller that leaves you gasping for breath as you race through the story. The people involved and the secrets that had been kept were astounding as each came to light. The more I read, the deeper the conspiracy seemed to be...

There are still a few questions that need to be answered, hopefully that will happen in THE PENITENT ONE (Boston Crime Thriller Book 3), due out in October 2020...

AfterThought: Kelly got a bit of (possibly) life-changing news and I am looking forward to seeing where that goes...
Read more
4 people found this helpful
Helpful
Report abuse

AJ BlancTop Contributor: Star Trek
4.0 out of 5 stars Another winner by Shea
Reviewed in the United States on May 30, 2020
Verified Purchase
Not as streamlined pacing-wise as his first entry, Murder Board, but Brian Shea made it very easy to get invested in Bleeding Blue (Blue). While they didn't feel two-dimensional the first time around, the characterizations are expanded to encompass more people, and we are taken on a deep dive into most of their backgrounds, as well as the area of Boston known as "The Dot" in the book (and probably in real life too).

Blue focuses more on the organized crime groups in Boston; not Michael Kelly's beat, and not normally my cup of tea in a crime drama. However, the situations our character's are thrust into make it difficult for them to avoid that dangerous, and territorial, underbelly of most (if not all) major cities. Trusts are betrayed and causes are blurred on both sides of the thin blue line; everything one would want in a story like this.

My criticisms for the book were few and far between. As I said above, mafia stories are not ones I tend to lean towards. They're often so melodramatic and predictable that I just can't get into them, even many true crime stories. There was certainly drama in Blue, but just enough to keep the story grounded and hit all the intended emotional points. Also, something I mentioned when reviewing the first book was the perceived overly detailed descriptions regarding police procedure. Well, I'd say that's still the case here, and while I know authors have to write for a wider audience than their target, I like to think (and hope) the average reader can be trusted to understand what's going on than what a publisher (and movie producer) will give them credit for with a little less exposition. Maybe that's just too much optimism on my part though.

I am very much enjoying the Boston Crime series thus far, and I intend to preorder the next book once it becomes available on paperback. Whether we stay with the Irish Mob, or shift to other things a homicide detective can focus on, such as serial murder, I look forward to the next installment.
Read more
3 people found this helpful
Helpful
Report abuse

Paul Ray Heinrich
5.0 out of 5 stars Had Me Hooked From The First Page
Reviewed in the United States on February 6, 2020
Verified Purchase
I have read police fiction books by many, many authors. None of them, absolutely none, are as intense and exciting as Bleeding Blue. I have never been to Boston but, after reading this book, I feel as if I have lived there all my life. Bleeding Blue had me hooked from the first page and never let go. Brian C. Shea is an awesome writer.
Read more
5 people found this helpful
Helpful
Report abuse

Scott
5.0 out of 5 stars Excellent follow up
Reviewed in the United States on February 6, 2020
Verified Purchase
Bleeding Blue continues this well-written series, adding more depth to the main characters and introducing more backstory to the already interesting plot lines. Not only a great thriller with plenty of twists and action to hold your attention, but also some powerful moments the author's experiences surely had a hand in writing. I look forward to reading more in this series, and can highly recommend not only the Boston Crime Thriller books but also the Nick Lawrence series as well.
Read more
3 people found this helpful
Helpful
Report abuse

Alan Downunder
5.0 out of 5 stars Tough and Gritty
Reviewed in the United States on February 18, 2020
Verified Purchase
A sensational new book by from Brian Shea 's creative imagination! The tough love narrative between the two brothers over Brayden's addiction and Mike Kelly's determination to help him, lend real emotional strength to this wonderful new work! A must read and engaging story from start to finish!
Read more
2 people found this helpful
Helpful
Report abuse

kathi sullivan
5.0 out of 5 stars Great writing
Reviewed in the United States on February 8, 2020
Verified Purchase
I love this series by Brian Shea. He is a very good writer and has a knack for creating interesting characters. I recommend this book. In fact I've enjoyed reading many of his books. I think many of the people he creates in his books are real people he knows. Very believable stories.
Read more
One person found this helpful
Helpful
Report abuse

Harry R. Heisler
5.0 out of 5 stars No bloodshed necessary
Reviewed in the United States on December 19, 2020
Verified Purchase
Brian Shea is a new author for me and I’ve read two of his books and am on my third... so that should tell you I like him. His characters and plot lines are believable and his story telling carries everything along at a good pace to keep you interest. Good reading without a doubt.
Read more
One person found this helpful
Helpful
Report abuse

David L. Cobb
5.0 out of 5 stars Just what I like
Reviewed in the United States on March 20, 2020
Verified Purchase
I have read both Brian She’s books and look forward to the release of the third installment. The book has great character development and a true lead character that you can get behind and root for. I was entertained, in grossed and taken to the dark side of Boston. Loved it!
Read more
One person found this helpful
Helpful
Report abuse
See all reviews

Bryan Newton
5.0 out of 5 stars Review
Reviewed in Canada on May 10, 2021
Verified Purchase
I thought this was an excellent crime murder mystery. This make me want read more from this author and will look reading the two other books in this series
Read more
Report abuse
See all reviews
Back to top
Get to Know Us
Make Money with Us
Amazon Payment Products
Let Us Help You
EnglishChoose a language for shopping. United StatesChoose a country/region for shopping.
© 1996-2021, Amazon.com, Inc. or its affiliates