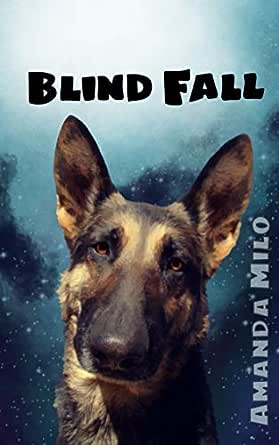 You've subscribed to Stolen by an Alien! We will preorder your items within 24 hours of when they become available. When new books are released, we'll charge your default payment method for the lowest price available during the pre-order period.
Update your device or payment method, cancel individual pre-orders or your subscription at
Your Memberships & Subscriptions
There was an error. We were unable to process your subscription due to an error. Please refresh and try again. 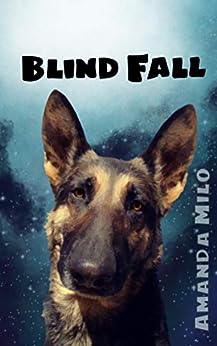 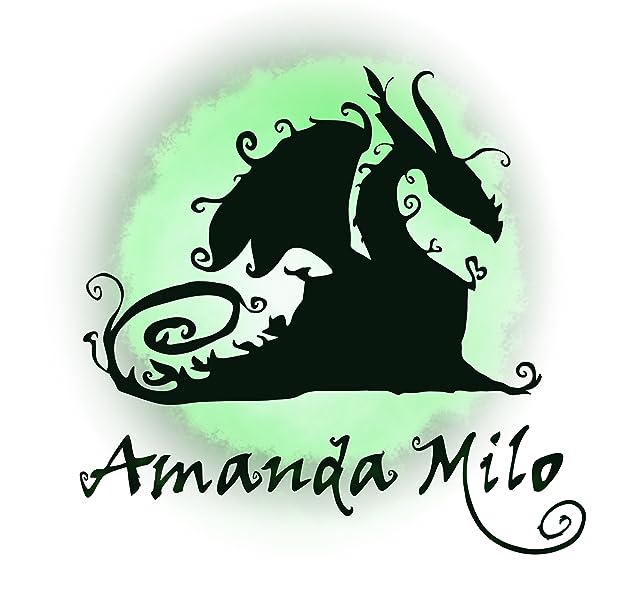 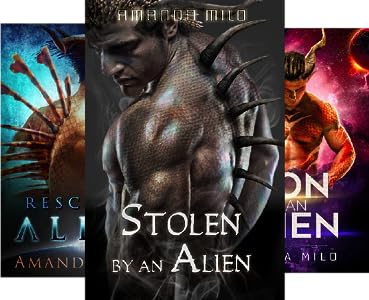 4.8 out of 5 stars
4.8 out of 5
316 global ratings
How are ratings calculated?
To calculate the overall star rating and percentage breakdown by star, we don’t use a simple average. Instead, our system considers things like how recent a review is and if the reviewer bought the item on Amazon. It also analyzes reviews to verify trustworthiness.
Top reviews

PSM
5.0 out of 5 stars This book is awesomefreakinfantabulous.....
Reviewed in the United States on November 10, 2018
Verified Purchase
Amanda Milo writes some of the very best sci/fi romances I have read. In this one, which is a companion book to her Stolen By An Alien series and can be read on its own but if you haven't read any of the Stolen books, do so. Great world building, intriguing characters that are so realistic...well, the humans are, anyways, the aliens are in a class all their own...and a story in each one with all the feels and action a reader could want. In Blind Fall, we find out what happened with Sanna and her guide dog Kota. Sanna was a character introduced several books ago, but faithful readers of Ms. Milo didn't find out just what was their fate because they were only mentioned in a couple of sentences. And Ms. Milo, being the awesomely approachable writer that she is, heard our queries and gave us Sanna's story. Sanna, our heroine, is blind. Totally blind. She depends on Kota, her German Shepherd, to go with her wherever she goes to act as her eyes. Breslin, our alien hero, at first thinks they are a symbiont duo. He doesn't question Sanna about if she is able to actually live her life in some sense of normalcy. We would think of him as "alien" for being different, but he thinks Sanna's blindness is just a human thing that is normal to humans. Breslin thought having hair on her head was odd and it is alien to him, the blindness was not an issue to him. That's the magic of this book, Ms. Milo wrote it logically from a blind person's point of view, and conferred with people on how daily life would be like for an unsighted person. We don't get visual references and descriptions from Sanna, we get touch and hearing and smell references and descriptions. Kota's reactions, both on duty and off duty, are also included, since she is a big part of Sanna's life.

I highly recommend Blind Fall, and also any of Ms. Milo's books, they're all different stories in this series. Sometimes series can get stale after a few books in, this is NOT one of those series. This one was *almost* sweet in how Sanna and Breslin fell in love, but it brings the heat, too!
Read more
16 people found this helpful
Helpful
Comment Report abuse

Bennett
5.0 out of 5 stars Swoon!!!!
Reviewed in the United States on January 3, 2019
Verified Purchase
So I just recently got sucked into the strange, hot, sweet world of alien romance and have been binge-reading like a madwoman. This is the first review I've left (though not the last, I'm sure). I read the first book of this series, and liked it (clearly, since I stayed up all damn night reading, unable to put it down), but I was a little put off by the warnings on the second book, and a little exhausted from all the racing around, tension and drama in the first one. I'm not quite sure of the thinking process that led me to try this one next, but OMG, I am SO glad I did!!

So, I will try not to get too spoiler-y: This is, as least to my taste, the ultimate in hot, sweet, smart and sexy romance. The protagonists are adults, and act like it. They are both reasonable and rational, and while each has worries/doubts that delay their getting together, these doubts are not related to insecurity or misunderstandings, but rather serious issues (or rather one serious issue) that needs to be addressed before they can act on their mutual attraction. In the meantime there is humor, tenderness, and companionship (both between the couple, and between them both and the various animals that play a major part in their lives). Their verbal play is spicy and delicious, always girded by respect and kindness.

This is definitely alien territory, as well. It's not glaringly obvious at first due to our heroine being blind, but as more is revealed the hero Breslin is definitely different in many ways from a human male. I'm also enchanted by the Na'rith Ekan who is, I think, a whole lot more sly and cunning about Breslin and Sanna and how to manipulate them than his clueless-seeming behavior might appear. (And just let me throw out into the universe how very very desperate I am to learn more about why he chose Beth and how that whole thing with her and the crew went down!!)

This whole story just totally rings my bells, and when I finished it I went right back to the beginning and started over...more than once....uhm, more than twice...I was reading on KU and finally decided to just buy the damned thing so I could have it always, and love it and cuddle it and call it George.

In the meantime I did read the remaining books in the series and they are really, really good! The exhaustion of the chase from book one was lessened tremendously in the following books, allowing me to enjoy the story and the characters and their interactions with each other, and book 4, the one before this one (titled Craved by an Alien, I think) is a laugh out loud funny delight, with an even more delightful mini-story tucked in at the end. Amanda Milo is a treasure and I can't wait to see what she'll come up with next.
Read more
12 people found this helpful
Helpful
Comment Report abuse

Bamf
VINE VOICE
4.0 out of 5 stars YES
Reviewed in the United States on November 10, 2018
Verified Purchase
This book is a bit different from the previous four (Although, they've all been a bit different from each other, yet equally awesome). It has a bit more of a sweet and laid back tone throughout, but without sacrificing the internal conflicts and uneasiness (to say the least) of finding yourself abducted by aliens.

I also really, really, really appreciated that this book not only included a character with a disability, but it did so in an un-ableist way. AND it didn't use the same old (and ableist) tropes that typically accompany blindness (she's blind so she can see the ugly guy for his inner beauty kind of thing). And while it does focus on her blindness at times, it's not in a way that's inspo-porny, it's just her speaking of how others have reacted and interacted with her every day of her life. (The usual crap most disabled individuals have to put up with). She takes her new surroundings and situation with greater ease than others and is able to figure things out pretty quickly.

Breslin is an un-apologetically sweet, considerate and soulful giant alien who puts his heart into everything he does. He's a big contrast to his friend Ekan who drags him into the non-Gryfala scheme. Ekan's a bit clueless, blunt, and crass. One can only imagine how that friendship goes! He's also a bit familiar... And in contrast to the other universal societies, he lives on a world with rudimentary technology, though not unaware of the technological advancements of the universe. His culture, mannerisms and even figures of speech are eerily similar to Western-society humans.

Jenny
5.0 out of 5 stars Sweet Alien Feels
Reviewed in the United Kingdom on November 8, 2018
Verified Purchase
If you've ever wondered what happened to the dog in the first book, here you go.....oh and you find out what happened to Sanna, the blind girl too!

This story, for me, is the best one yet. It leaves you with all the gooey, mushy feelings and a goofy grin (well that's how it left me anyway). Breslin is just so sweet, caring and adores his San San. If you like aliens that look like aliens the. You'll like this book. You don't actually 'see' the alien but you'll gleam a lot from Sanna's touch sight just how different he is.

Love my Kindle
5.0 out of 5 stars Love Sci-Fi romance?
Reviewed in the United Kingdom on March 11, 2019
Verified Purchase
If you have an open mind and a love of SciFi romance then you'll love this, it's a brilliant book!! Amanda Milo writes great romance books, and I've bought and read the entire series, totally recommend!
Read more
Report abuse

Happy Wife
4.0 out of 5 stars Enjoyable book
Reviewed in the United Kingdom on February 18, 2019
Verified Purchase
Didn't think I would, wasn't sure .... But I did. So bought the others.
Keeps you wanting to read. Lol.
Read more
Report abuse