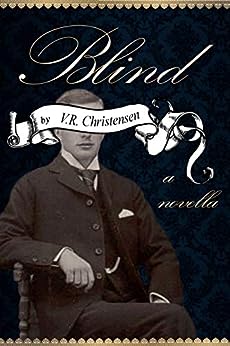 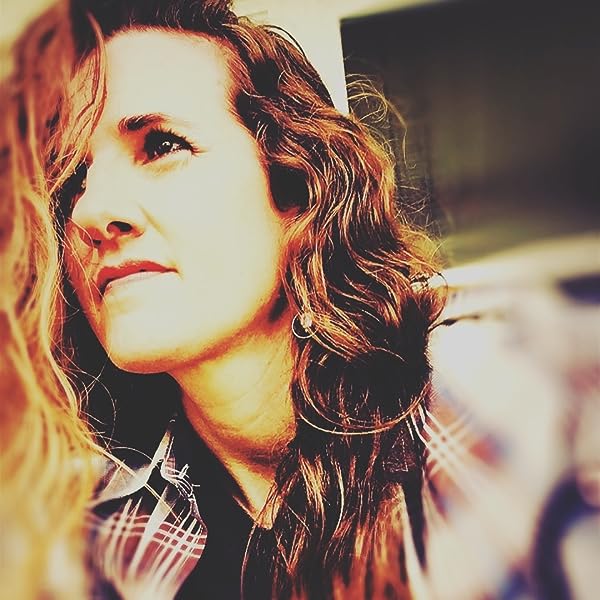 V.R. Christensen is a lifelong student of Englishliterature, culture and history, and she draws upon a wide range of knowledgeand experience to construct her work. Focusing on the age old struggles thathave riddled the human spirit, her intensely emotional stories draw a parallel betweenour day and those of an age passed, illustrating that, while some things havechanged utterly, many others have remained remarkably the same.

V.R. is the author of Of Moths & Butterflies, and it's companion piece Cry of the Peacock, due for release October 2012. To find out more about these and other upcoming works, visit her at: vrchristensen.com.

3.4 out of 5 stars
3.4 out of 5
9 global ratings
How are ratings calculated?
To calculate the overall star rating and percentage breakdown by star, we don’t use a simple average. Instead, our system considers things like how recent a review is and if the reviewer bought the item on Amazon. It also analyzes reviews to verify trustworthiness.
Top reviews

FatChick411
5.0 out of 5 stars Riveting
Reviewed in the United States on March 17, 2012
Verified Purchase
V. R. Christensen's Blind is a magnificently written and thought provoking book. Although set in the Victorian era, it brings forth the question that is still true today; disability or ability? The four characters in Blind have answered this question without even knowing it. The way each lives their answer is riveting and I was so completely taken in by it that I could not stop reading until the very last period.
Read more
13 people found this helpful
Helpful
Report abuse

K.Rae
2.0 out of 5 stars Boring
Reviewed in the United States on January 21, 2021
Verified Purchase
I found this rather boring and could not bring myself to continue reading it all. Sorry, but life is too short.
Read more
Helpful
Report abuse

Darlene Elizabeth Williams
4.0 out of 5 stars Blind - A Novella
Reviewed in the United States on June 18, 2012
Verified Purchase
V.R. Christiensen, in the limited formula of a novella, creates a well-paced philosophical and humanitarian look at life during the 19th century. Not only does she demonstrate how other people viewed persons with a disability, but also how a person with a disability regarded themselves. An absorbing tale written in Victorian style. Characters who gave, took and were caught in circumstances beyond their control captured my atention on the first page and kept it until the final page. A thought provoking novella relevant to current societal views; a society that believes it has advanced immeasurably. V.R. Christensen leaves us with the question: Has it?
Read more
4 people found this helpful
Helpful
Report abuse

lyly
3.0 out of 5 stars boring
Reviewed in the United States on December 1, 2012
Verified Purchase
A superficial short story. But it does keep you interested for the short length of the book. The writing is good.
Read more
Helpful
Report abuse

brigitte castillo
5.0 out of 5 stars Beautifully written!
Reviewed in the United States on August 25, 2013
Verified Purchase
A refreshing twist on historical fiction! A store of boldness from the meekest of persons. Seeing blindly can be the curliest of afflictions or the greatest of blessings. If only the world was as blind as Zachary!
Read more
Helpful
Report abuse

DevoGirl
2.0 out of 5 stars Victorian morality tale
Reviewed in the United States on June 27, 2012
Verified Purchase
I really wanted to like this story--it has all the elements I love: historical setting, blind heroes, romance. But unfortunately it didn't live up to my expectations.

Arthur has been blind since birth, and lives as an angry, bitter shut-in. Zachary Goodfellow is also blind, kind of, and poor, but cheerful. As a result of a beating, he lost his hearing but regained some of his sight. Rebecca is a do-gooder who wants to help Arthur by hiring Zachary to be a companion to him, but Arthur's hateful attitude won't let him accept her help.

The treatment of blindness and deafness is not at all realistic. Zachary seems to get along with nothing more than a positive attitude. There's hardly any explanation of how he manages to do all the things he does. The bitter, angry blind man who shuts himself off from society is such a cliche. Rebecca has a big scar on her face, and thinks only a blind man could love her for who she is on the inside, also a huge cliche. And she has magic powers that allow the men to see and hear when she touches them. So their blindness and deafness is basically dispensed with in the crucial moments of the plot.

Although the author is a pretty good prose stylist, she goes a bit overboard in taking on the Victorian moralizing as well as the ornate language. Arthur is BAD and Zachary is GOOD, and there's never any doubt as to where the story is going. In demonstrating the rewards of virtue and meekness in the face of adversity, the characters come across as completely flat. There are some other cliches straight out of Dickens, but it might be a spoiler to say what. The setting is also quite thin. Is the the US or England? Why in a seemingly small village do people not know each other? Overall, I found it disappointing.

Lauren G
4.0 out of 5 stars Excellent writing!
Reviewed in the United States on April 2, 2012
This is a powerful novella. Extremely well-written, with a Jane Eyre-like atmosphere, it pulls you in very quickly. This was a quick read, but enjoyable and thought-provoking at the same time. The opening sentence pulls one in. "It is an undeniable irony of life that, despite his many blessings, man is an ungrateful brute, finding handicaps and obstacles in those things which ought to bless him." This sentence prepares you for the layers and levels you will find in this story. A very good read!
Read more
12 people found this helpful
Helpful
Report abuse

R Lochlann Western US
5.0 out of 5 stars What does it take to truly see?
Reviewed in the United States on March 1, 2012
"Blind" begins innocuously enough at the English country home of a wealthy landowner. Before long, this pastoral setting veers sharply, propelling two men who have never met down unexpected, converging paths. A woman uses her paranormal gifts to bring together a deaf, half-blind pauper and a wealthy, spoiled, angry man. Her goal is to help them see, not just with their eyes, but with their souls. Delicate and colorful, with fully-fleshed-out characters, "Blind" packs a wallop in 40 pages.
Read more
10 people found this helpful
Helpful
Report abuse
See all reviews
Back to top
Get to Know Us
Make Money with Us
Amazon Payment Products
Let Us Help You
EnglishChoose a language for shopping. United StatesChoose a country/region for shopping.
© 1996-2021, Amazon.com, Inc. or its affiliates