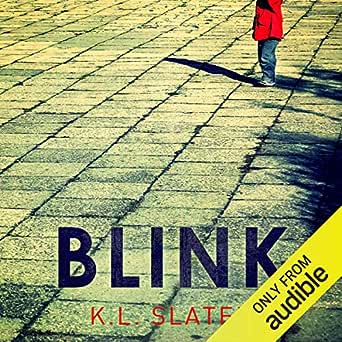 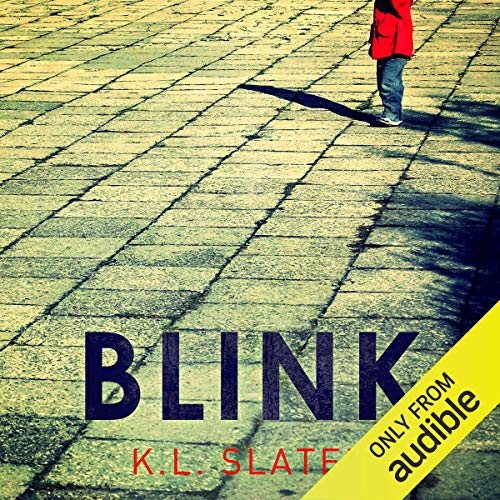 By completing your purchase, you agree to Audible’s Conditions Of Use
Sold and delivered by Audible, an Amazon company
Share

4.3 out of 5 stars
4.3 out of 5
3,260 global ratings
How are ratings calculated?
To calculate the overall star rating and percentage breakdown by star, we don’t use a simple average. Instead, our system considers things like how recent a review is and if the reviewer bought the item on Amazon. It also analyzes reviews to verify trustworthiness.

Kindle Customer
1.0 out of 5 stars Don't waste your time
Reviewed in the United States on October 27, 2017
Verified Purchase
Sadly, I actually wasted several hours and read this unbelievable book in its entirety. First and foremost, a character, whose identity is unknown to the medical facility personnel, has been unresponsive and on a ventilator for two or three years is suddenly able to blink with the encouragement of one nurse and it is divulged the patient has locked-in syndrome and is not in a vegetative state. So all this time no doctor has run any test to determine brain activity? Really?? Secondly, there is NO possible chance of anyone coming off a ventilator and living after being on one that long. Yet, after The Blink, the patient is moved to a "stroke recovery" ward at the hospital. Really?? The protagonist husband is killed in a military accident in which he leads his troops "over the edge of a cliff" because his navigation directions are wrong. Really?? Of all the characters (and there are many) only one or two are remotely likeable, full functioning, adults. The protagonist is an addict, her mom is controlling, and both the child's teacher and the protagonist co-worker have mental issues. Even the child is bratty. It is an implausible story with an out-of-nowhere ending, poorly edited and amateurishly written. I'm done with this author.
Read more
27 people found this helpful
Helpful
Report abuse

Andrea F. Ozment
4.0 out of 5 stars A page-turner
Reviewed in the United States on March 17, 2017
Verified Purchase
Effective and very twisty thriller. Told from multiple points of view, alternating between present and past, this novel offers a gripping story. Toni's daughter, Evie, is abducted from her school one afternoon when Toni is caught in hopelessly snarled traffic, and as the press excoriates Toni for her neglectful parenting, the police make no progress in finding her. Moving forward 3 years to the present time, we meet a woman who is believed to be in a coma after having a stroke, but who is instead suffering from locked-in syndrome. The hospital doesn't know who the woman is, but she's been there for years. We don't know who she is either, we just know that she's paralyzed but totally aware and that she is desperate to find Evie. Very intriguing, with lots of possible suspects and many surprises.
Read more
71 people found this helpful
Helpful
Report abuse

I have really enjoyed k.l Slater books. im sure this is just a once off disappointment as her other books were amazing..that being said I cant wait to get my hand on her next thriller.

Sagereader2
5.0 out of 5 stars Edge of your seat thriller
Reviewed in the United States on September 19, 2017
Verified Purchase
Blink is definitely one of the best thriller mysteries I have read ever! Blink kept me up all night wondering who did what.
The story starts with a grieving wife, Toni, and her five year old daughter, Evie, who have just moved to their new apartment to live closer to her mother. Toni begins a new, part time job and Evie begins first grade. A Few months go by wand Toni arrives late to pick up her daughter after school due to an emergency with her mother, however Evie Is missing, vanished! Several people seem suspicious yet the police give up their search and three years go by. Now, lying in a coma, Evie's mother tries to wake up as she knows who has her daughter. This is where the mystery twists into the most incredible who-done-it I could imagine. I will just tell you that I could not foresee the ending. It was a shock.
If you like really good mysteries, you will love this one. I highly recommend Blink to you.

tcboyd
5.0 out of 5 stars The perfect book to humble the mystery slouth
Reviewed in the United States on July 29, 2017
Verified Purchase
If, like me, you read a lot of "mystery" novels, and pride yourself on usually figuring out the ending within the first few chapters, then I encourage you to read "Blink". If you follow the bread crumbs, like I did, you will be certain to have a good idea of what happened, and the "who", if not the "why", of the crime. Well, not so fast Sherlock. As you near the end of the book, one major assumption is dashed by a very casual comment. I actually went back and re-read the comment to make sure that I hadn't misunderstood. Now there's a whole new mystery to add to the plot. But you're not finished yet. As the tangled knot begins to unravel, yet another twist is revealed, information to which the reader has been previously exposed, but allowed to ignore as irrelevant to solving the original crime. Bread crumbs can lead you right over the cliff. And there are at least a couple of other red herrings thrown in for good measure.

Not only is this novel well-written, but it's artfully crafted from beginning to end. Highly recommended.

Debbie
4.0 out of 5 stars Mystery that tugs at your heart
Reviewed in the United States on April 8, 2017
Verified Purchase
I love mysteries. With a child involved in it I had to read it. Several twists in plot kept me reading. I never guessed which people were the bad guys til I read the end. It kept me thinking as the plots changed. A great book I would recommend for anyone.
Read more
15 people found this helpful
Helpful
Report abuse

CLFMLF
5.0 out of 5 stars but in the end there's the love. Thoroughly enjoyed
Reviewed in the United States on May 14, 2017
Verified Purchase
I downloaded the Sample first and almost didn't buy... wasnt sure I could adapt to the U.K. expressions and way of talking. But the storyline piqued my interest. Ended up reading all night to 5am to finish it!

Surprise ending caught me off guard. Never would have guessed the way the characters unfolded. As has happened with several books I have read lately, the ending unfolds rapidly. So rapidly it was a little jarring to me. But maybe that's just me.

My heart went out to both Mothers. The Mother/Daughter/Granddaughter relationship is not always smooth sailing... but in the end there's the love.

MalMonroe
2.0 out of 5 stars This review contains spoilers!
Reviewed in the United Kingdom on May 21, 2017
Verified Purchase
The story started off well but ended in a silly manner, as did the previous book by this author. Different characters, similar plot. I really wanted to like it but 'Psychological Thriller' is not, and never should be, code for 'people with mental illness abound and are always the perpetrators'. The books were so alike with the terraced houses, weird secrets upstairs, strange old women with crazy notions . . . I found so many things difficult to believe. (And I couldn't get over the fact that at one stage we were experiencing the November sun - with bonfire night over a week away - that is simply chronologically impossible.) Toni and her mother were awful and I sympathised with neither. Surely Toni was also eligible for some kind of war widow pension? Insurance payout? She certainly would have been far better off, financially, than she was made out to be. I lost patience when we had to contend with yet another crazy old woman with secrets upstairs. Psychological thrillers need to be far more sophisticated than this for me. Sorry, I really did have high hopes but they were dashed.
Read more
27 people found this helpful
Report abuse

Silkspike
3.0 out of 5 stars BLINK - Enjoyed It Until The Very Unsatisfying Ending
Reviewed in the United Kingdom on October 21, 2019
Verified Purchase
SPOILER ALERT! I thoroughly enjoyed most of this book, especially the ONLY twist in the book (as far as I was concerned), because we were lead to believe it was Toni who was in the coma. I sussed out who was the kidnapper because in reality, she was the only person in the book who had a reason to have a beef with Toni, although it wasn't really Toni's fault. Toni was the only person left to focus the rage the kidnapper felt, and their situation was merely circumstantial, so a huge misdirection by the author... kudos for that. There were a suitable amount of red herrings to make you think anyone could could have 'dunnit', which kept the pages turning. It was the end that spoilt it. The end seemed rushed and left you feeling like the author simply ran out of steam and wanted to finish the book. The reader needs to have closure and this book left me feeling a bit cheated in the end. I would have given this book 5 stars and moved it to my 'Best Books' category I created on my Kindle, but for the ending. I won't discourage others to read it because clearly from the reviews, a lot of people adored the book and gave it five stars, but if you get really mad about lame endings, you won't like the way this book ends.
Read more
4 people found this helpful
Report abuse

Lily G
4.0 out of 5 stars Good thriller
Reviewed in the United Kingdom on March 20, 2017
Verified Purchase
This is a good, well written, fast paced, psychological thriller. The ending was definitely a surprise and it is the type of book you can't stop reading as you just want to know what happens next. The chapters are quite short so I was always saying just one more. The chapters also go from three years earlier to the present day.There are quite a few main characters which gives the reader a fair bit of choice in trying to work out who the abductor of Evie is. Well worth a read.
Read more
15 people found this helpful
Report abuse

Kathy Jensen
4.0 out of 5 stars A taut thriller
Reviewed in the United Kingdom on July 3, 2018
Verified Purchase
Better than 4 but not quite 5. A very taut thriller that keeps you addicted right to the end, which has an unexpected twist with regard to who the baddie actually is! It's hard at times to feel sympathy to Toni but I know people who suffer untreated mental health issues because they are too embarrassed / ashamed to seek help or simply don't really realise how much it is affecting them, so from that perspective, I do feel sorry for the mess she gets herself into, which ends up with her daughter being kidnapped. The bit that really got to me in terms of understanding the book is how an active soldier's widow like Toni seems not to have any support or financial assistance from the armed services. Is that how it really is?
Read more
2 people found this helpful
Report abuse
See all reviews