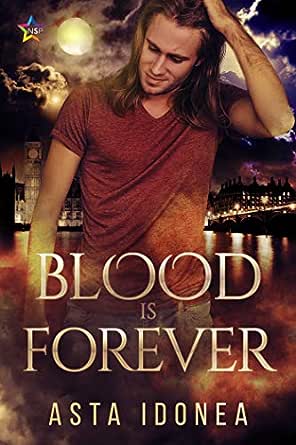 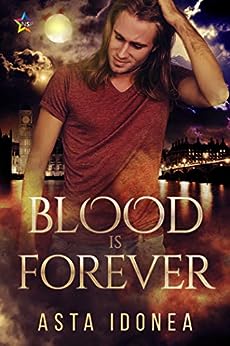 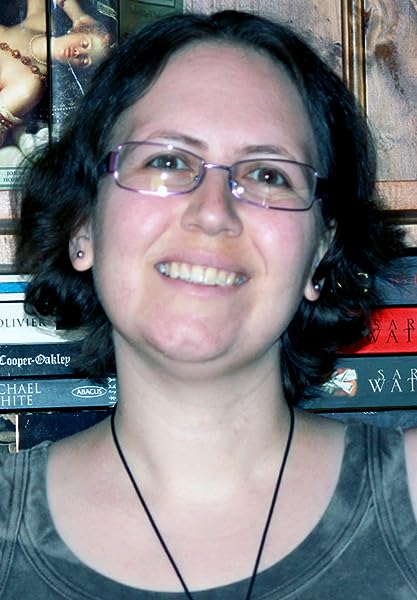 3.8 out of 5 stars
3.8 out of 5
20 global ratings
How are ratings calculated?
To calculate the overall star rating and percentage breakdown by star, we don’t use a simple average. Instead, our system considers things like how recent a review is and if the reviewer bought the item on Amazon. It also analyzes reviews to verify trustworthiness.
Top reviews

Amazon Customer
3.0 out of 5 stars Not a fan...
Reviewed in the United States on October 6, 2019
Verified Purchase
I really didn't care for either of the MCs in the book, especially Holden he was just a tab bit to weak and spineless for me and it was only the last couple of chapters that he began to grow on me but the previous chapters kill it for me. The only thing that saved the book was the mystery of trying to solve the killings that were happening in the book. I also like some of the minor characters, like Holden's only friend and Capt Owens, the person who gave him a job... It wasn't a terrible book, it just wasn't hard to accept that a person could be that accepting of being treated with such disregard that turn me off.
Read more
Helpful
Comment Report abuse

Kindle Customer
4.0 out of 5 stars Compelling story
Reviewed in the United States on August 2, 2019
Verified Purchase
So first I would say this was almost 4 stars for me, more like 3.75. What I liked was the story and world created was interesting and I enjoyed the main character with all his flaws. What I hate in stories is when the author jumps forward is months forward or a year later. Just make the story longer! I know this is my thing but I just feel it takes away from getting too emotional involved in characters. With that said, I don't buy a lot of books anymore because of kindle unlimited so I would still say this was a good buy.
Read more
One person found this helpful
Helpful
Comment Report abuse

Babs
5.0 out of 5 stars The weak is strong
Reviewed in the United States on May 30, 2020
Verified Purchase
Holden is a fae/vampire who has a life of degradation because he is a half-breed. Working as a blood consultant for the Paranormal Council's police department, he is considered the stinky part of society. Blackwood is a powerful and rich witch who he meets on a case of ritual murders that is hard to solve. The story has many twists and turns and right up to the very end, you wouldn't know who was the guilty party or parties in these murders. Well written with a sweet HEA. Good book.
Read more
Helpful
Comment Report abuse

TarteCherry
4.0 out of 5 stars Slow burn paranormal romance
Reviewed in the United States on September 21, 2019
Verified Purchase
I love reading books that zig when I thought they would zag and this definite did that a few times. Interesting world building. Good read.
Read more
Helpful
Comment Report abuse

Kindle Customer
4.0 out of 5 stars Paranormal mystery romance
Reviewed in the United States on August 14, 2019
Verified Purchase
Smart gifted but the victim of prejudice, hero is shocked when social celebrity becomes his lover and then is framed for murders.
Read more
Helpful
Comment Report abuse

ROROBLUSMUM - no retreat, no surrender
5.0 out of 5 stars So good I wanted to race to the end, but forced myself to go slowly so I wouldn't...
Reviewed in the United States on June 3, 2019
... miss anything. And then as I neared the end, I wished there was more to read!

This is an excellent intro to this author. I was about 20 pages into the book and realised that the English dialogue was for the most pretty accurate (I'm a Brit), but then there were some random flashes of American English, and so I went nosing about the author - turns out she's originally from London but now living abroad. I liked that she knew her London, as I know the areas she mentioned in the story really well, and she was pretty spot on. There were a few things that I didn't really agree with (such as using 'making out', which we Brits don't/an open day for viewings when trying to sell a house (only done for brand new developments, and still pretty rare)/'underground train' used instead of Tube - no Brit would call the Tube by any other name/buying a house by negotiating directly with an estate agent who emails the contract the same day and it's sale done and dusted. No, no, no, no, no, lol! There are rules and regs and people can't just buy houses like that, not even for cash. And, estate agents, as we Brits call real estate agents, do not have the power to write up contracts and finalise a sale. That is always done via a specially licensed conveyancing solicitor who has to witness the signing of the contracts in person, prior to exchange, and, money laundering checks and proof of funds and banks and local councils and searches and surveys, etc., come into it, too), but, the tale was good enough that though those little things irked, I still rated the book worthy of 5*.

So, I had read the blurb a while back but had forgotten most of it by the time the ARC dropped in. That was the best way for me to read this tale that was cleverly done by using red herrings in the perfect proportion that I suspected about 3 possible bad guys, but then hadn't clocked about the actual guy doing the killings, or what motivated him. And, I was right about one possible bad guy, but not the other two, which I was actually pleased about, as the author did her reveals really organically and well. There were quite a few new things for me in this PNR tale, and I'm glad that there weren't the usual tropes of witches and hexes or vamps and glamouring. There were vamps, witches and fae in this tale, and each had their own traditions, and not all worked together for the greater good, and, manipulation, threats and obfuscation and secrecy were the order of the day. I don't think they cared much about doing the right thing, unless the right thing was to protect the covens/sects, damn the cost.

The actual plot to the tale, i.e., what the Big Bad guy orchestrated and had carried out by... Character X and Minion Y, with interference by Character Z (my attempt at avoiding Spoilers), plus the addition of the red herrings, totally threw me. I did not see it coming, and I did not think that anyone of them could be exonerated, but again the author wove things in incredibly well. As to the ending? It was perfect. The Big Bad got what he deserved and the others also got their just desserts - I'm just not going to clarify what I mean by 'desserts', as readers need to read and appreciate the hole-less plot to this tale.

I did find it rather sad that Blackwood's father and Holden's father were cut from the same cloth. Neither had a good relationship with their sons, and neither was what I'd call father material and yet they both managed to produce decent kids. I think I had a bit of a soft spot for Holden, who'd had the harder life, due to being a half breed, and who was understandably downtrodden and lacking in confidence in his abilities, and because of the eons of hierarchy and tradition that being part Fae dumped on him. I loved how he drew strength from Blackwood's belief in him. He did also have the support of a decent cop, but the pressure put on her and the threats made her somewhat of a wishy-washy ally, though she did come through for him a few times, especially when it mattered. But, I thought it was sad that this world still had 'racial' (for want of a better word) prejudices, like in the real world, and that people still didn't know how to live in harmony and live and let live... though, towards the end, with the reveals, I suspect changes will be made across all ruling parties.

Like I said, I didn't want the tale to end, and as it came to a close, I did feel as if the leads were both freed from tradition and expectations and were free to live their lives, ordinary lives. And I was a little sad as it didn't seem as if there could be a sequel to the tale, but who knows with an author who has an imagination like this? Maybe there will be more dastardly deeds in London and they'll be called to the rescue, but treated as respected consultants, not skivvies or lackeys. Maybe they'll get to call the shots and educate the hierarchy, and maybe add some fresh blood.

I am now going to look into what else this author has written, as I really enjoyed this tale.

Rowan
5.0 out of 5 stars Loved It
Reviewed in the United Kingdom on July 27, 2019
Verified Purchase
This was my first book by this author and I know it won’t be my last. The story kept you turning the pages to find out what happened next. Hol and Blackwood were characters you rooted for but Hol’s father needed a boot up the rear. Hoping we’ll see more of these two
Read more
Report abuse
See all reviews