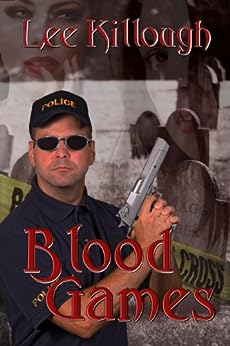 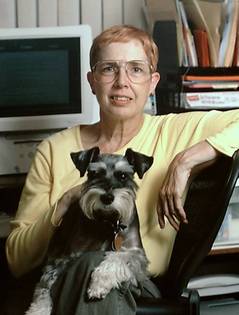 If you're a vampire, please pay close attention. Do you find your immortal life increasingly burdened with the effort of keeping up false appearances? If so, you're not alone. Garreth Mikaelian, a sleuthing vampire, knows how you feel in his third (and tedious) mystery (after Blood Hunt and Bloodlines). He's only been a vampire for 15 years and already it's evident he's unlike his fellow humans. They grow older, while he stays young. His own son looks more like a twin brother every day. The time is coming, his vampire-friendly advisers warn, when he'll have to abandon his old life. Meanwhile, he's still a Kansas cop and on the trail of an albino psycho whose victims include Garreth's partner and sometime lover. Complicating the chase is the possibility that the vicious killer may be a vampire. An indiscreet vampire is a threat to all vampires. Garreth must determine whether to kill him if he is or jail him if he is not. So begins an interminable manhunt. But then just about everything in this novel is interminable. As the popularity of Anne Rice's novels (or on the cult level of such films as Near Dark and Innocent Blood) shows, there's always room for another original take on the vampire theme. Unfortunately, Killough has nothing new or imaginative to offer. Her vampires are a boring lot without a good scare in any of them. (June)paperback, BloodWalk.

"This police procedural with a supernatural twist is one surprise after another; expect that readers will enjoy the tale." -- The Midwest Book Review, May 2001 --This text refers to an alternate kindle_edition edition.

Thanks for visiting this page to check out Blood Games. The book was great fun to write. Garreth Mikaelian has always been one of my favorite characters. He was born of that most popular question authors ask themselves: what if. If vampires really existed, how would they live in the real world? The result, Blood Hunt, was a mystery novel rather than a horror novel. That made it difficult to sell...22 rejections, most to the tune of: "We loved this book, but...it's a vampire story that isn't a horror story and we don't know how we'd label and market it". Fortunately you readers didn't care how it was labeled. You bought Blood Hunt, and its sequel Bloodlinks, and when Meisha Merlin brought them back from Out Of Print death in the omnibus BloodWalk, you bought that, too. In enough numbers that MM asked for new Garreth book. So thank you, readers and Meisha Merlin. Blood Games exists because of you. --This text refers to an alternate kindle_edition edition.

Lee Killough has been storytelling almost as long as she can remember, starting somewhere around the age of four or five with making up her own bedtime stories. In grade school the stories became episodes of her favorite radio and TV shows: Straight Arrow, Wild Bill Hickock, Sergeant Preston of the Yukon, and Dragnet. Beating the episode-writing practice of Trek fans by almost two decades.

Then, in keeping with wisdom that says the golden age of science fiction is about age eleven, a pre-teen Lee discovered science fiction. Having read every horse book in the school and city libraries, and repelled by the "teenager" novels that seemed to be about nothing but high school and boyfriends, she was desperately hunting for something new to read. The science fiction being shelved next to the horse stories, she start leafing through these future/space stories and decided to try one. The books was Leigh Brackett's The Starmen of Llyrdis and…lightning struck. Love at first sight. But along with the pleasure of devouring this marvelous literature came fear. She lived in a small Kansas town with a small library and she could see that as with the horse books, all too soon the section would be read dry.

Lee sometimes tells people that of course she writes SF; she deals with non-human species every day in her day job radiographing animals in the Kansas State University Veterinary Medical Teaching Hospital. But she really began writing SF to make sure she never ran out of science fiction to read. And because the mystery section adjoined the SF section, leading her to discover mysteries about the same time as SF, her stories tended to combine SF with mystery.

They still do…with a noticeable fondness for cops (the influence of Dragnet, Joseph Wambaugh's books, and TV shows like Hill Street Blues). A ghost cop in "The Existential Man", a vampire cop in Blood Hunt and Bloodlinks, published together in the trade edition BloodWalk, space-going cops, werewolf cops. And the future cops Janna Brill and Mama Maxwell of Dopplegänger Gambit, Spider Play, and Dragon's Teeth, published together in the trade edition Bridling Chaos.

Lee lives and writes in Manhattan, Kansas (notice how Kansas and plains/prairie settings do turn up in her books), where she lives with a non-human—a Miniature Schnauzer—and enjoys a committed relationship with, fittingly, a book dealer. --This text refers to an alternate kindle_edition edition.

K Webb
5.0 out of 5 stars Lee Killough continues to satisfy
Reviewed in the United States on January 4, 2013
Verified Purchase
This third entry in the story of Garreth Mikaelian is every bit as good as, and maybe a tiny bit better than, the first two. In search of a cop-killer, who is possibly a vampire like Garreth, he travels around the country, from Iowa to California and most places in between, finding clues and interesting people. Now that Garreth has at least one powerful ally, you might think he would not have to do all the work himself, but his vampire "grandmother" jets off to Europe, leaving Garreth on his own. Good.
An excellent plot, excellently told.
Read more
Helpful
Report abuse

curiouslady
5.0 out of 5 stars Finally
Reviewed in the United States on May 19, 2012
Verified Purchase
I found one book by Lee Killough in a bookstore during the 80's, the first Garreth Mikaelian one, and never came across another. Since I very much enjoyed that one it's great to be finally able to read her other books.

And I liked this second Mikaelian as much as I liked the first one (in spite of having a few moments when I hoped he'd had gotten to the morgue soon enough to snap that teenaged vampire's neck before she had time to revive :)). Most vampires you encounter nowadays may be more the heroic than the monster types, but Killough's hero was among the first ones of these I found and I still think she did her vampires very well, even compared to all these later competitors.
Read more
Helpful
Report abuse

K. Maxwell
5.0 out of 5 stars Garreth is back, and life for him will never be the same.
Reviewed in the United States on July 13, 2001
Garreth Mikaelian is the original vampire detective, and he's finally back. This book takes place 15 years after the last book in this series (bloodlinks), and the fact that Garreth doesn't age as 'normal' is now starting to become a talking point among his family and the people he works with.
This is an inevitable situation for any vampire-sytle character, if they survive long enough, but not many books actually chronicle with how it would be delt with, given the links to the human world that any vampire would need to survive.
Garreth is grounded in 'real world' police procedures and its limitations, and in many ways that is what sets this series apart from many other 'cop-vampire' books. There are very definate limits to what you can do as a police detective, and still stay as one later when the adventure is over.
In this book, Garreth gets caught in a car accident in daylight, and his is girlfriend killed, while the people who deliberatly crashed into him drink his blood when he is unconcious, beliving him dead.
Garreth is shattered by this turn of events, but in a whirlwind of anger and fear that new vampires have been created, he sets of on a cross country chase down what turns out to be a serial killer.
In many ways this book is a real turning point. What has gone before can no longer be continued and by the end great changes have occured in all the main characters life. It'll be interesting to see where the next book goes.
This book will not be for you if you like vampire stories to be horror stories or full of romance and sex, because this book is really about how a policeman, who just happens to be a vampire, learns to deal with the world as it comes without bending the rules so much that the story becomes ridiculus.
Lee Killough writes fine police based books and by the end you always have the feeling that in the 'real world' this could just have happened. They are always worth reading more than once.
Read more
14 people found this helpful
Helpful
Report abuse

C. A. Hawkins
5.0 out of 5 stars Garreth Mikaelian is back.
Reviewed in the United States on July 22, 2001
Sixteen years after he became a vampire, Garreth Mikaelian is back. This time he's hunting a killer - who -might- be a vampire - across the western United States. Lee Killough meshes the police procedural elements of this story with the vampire elements, making a seamless and absorbing whole.
All this takes place against a background where the main character has to take some major life decisions. As in the previous books in this series (published together as "Blood Walk") Killough has done a wonderful job in fleshing out this sympathetic and entirely human vampire and his dilemmas. Many of her secondary characters from this series return, and a new and fascinating character is introduced about two thirds of the way through. If the author writes a sequel I hope she appears in it.
I waited nearly ten years for this book. It was worth it.
Read more
9 people found this helpful
Helpful
Report abuse

Janet Fudala, Ph.D.
5.0 out of 5 stars POLICE PROCEDURAL WITH A DIFFERENCE
Reviewed in the United States on September 22, 2001
Lee Killough's BLOOD GAMES grabs you from the first paragraph and never lets go. Killough masterfully intertwines fantasy, science fiction, psychology and solid police procedures in an excellent and excting story of a vampire detective. Garreth Mikaelian balances his detecting with one foot in this world and one in the vampire world. Yet, throughout the book, he he solves crimes with good detection, sometimes making use ot his unique abilities. I highly ecommend this book. Janet B. Fudala, Ph.D. CEO, Educational Solutions
Read more
5 people found this helpful
Helpful
Report abuse
See all reviews
Back to top
Get to Know Us
Make Money with Us
Amazon Payment Products
Let Us Help You
EnglishChoose a language for shopping. United StatesChoose a country/region for shopping.
© 1996-2021, Amazon.com, Inc. or its affiliates