You've subscribed to Tom Greer Thrillers! We will preorder your items within 24 hours of when they become available. When new books are released, we'll charge your default payment method for the lowest price available during the pre-order period.
Update your device or payment method, cancel individual pre-orders or your subscription at
Your Memberships & Subscriptions
There was an error. We were unable to process your subscription due to an error. Please refresh and try again. 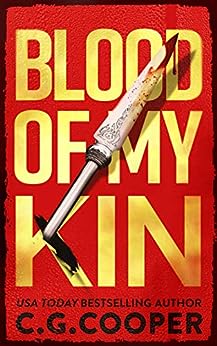 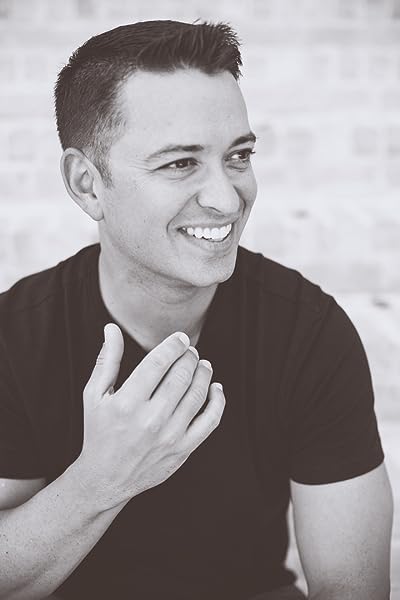 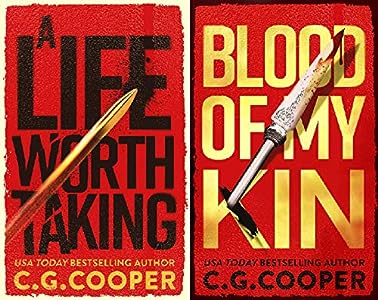 4.3 out of 5 stars
4.3 out of 5
214 global ratings
How are ratings calculated?
To calculate the overall star rating and percentage breakdown by star, we don’t use a simple average. Instead, our system considers things like how recent a review is and if the reviewer bought the item on Amazon. It also analyzes reviews to verify trustworthiness.
Top reviews

Richard E. A'Hern
5.0 out of 5 stars Another book you will stay up all night to finish
Reviewed in the United States on April 28, 2020
Verified Purchase
When I was growing up I had a Pastor who every Sunday delivered a sermon that seemed to speak directly to me.

Mr. Cooper seems to have channeled this Pastor. There are things that tug at my heartstrings, like the references to losing family to war. My son was in Afghanistan and a sniper chose the Marine twelve feet away from him. This book also deals with parents emotional ties to their children. How the loss affects the parent. It also deals with adult child to father relationships over three generations. And those are just the background issues. The main issue in the book supersedes these. The plots twist and turn and every time you feel you have a lock on it he throws a twisting careening turn at you.

I honestly don't know how Mr. Cooper can maintain the ability to write top shelf books no matter what the genre. Anything he writes, from children to adult themes is spot on.

I would love to see any of these books in a movie. Although I doubt the screenwriters would have his ability to deliver the goods.
Semper Fi
Read more
4 people found this helpful
Helpful
Report abuse

avid reader
5.0 out of 5 stars Another Homerun from CG Cooper
Reviewed in the United States on March 26, 2020
Verified Purchase
Not going to spoil it, but if you read the first book in this series, watch out for this rollercoaster ride. It will take you through some highs, curves you can't see around, and dips which are definitely not formulaic. Make sure when you start it you have time to finish. Not sure I can wait for the next book in the series.
Read more
7 people found this helpful
Helpful
Report abuse

Serenity...
HALL OF FAMETOP 50 REVIEWER
5.0 out of 5 stars ~~Action Packed with Twists and Turns~~
Reviewed in the United States on March 27, 2020
Verified Purchase
Always a favorite author of mine who never disappoints. This second novel in this series does not disappoint for one page...not even one.

It is action packed with diverse locations and hopefully you have your seat belt buckled in for the ride. Trust me, you will not want to put it down once you start reading this one. Wow...Just wow.

There are twists and turns that will leave you shaking your head. The characters are well developed, the novel contains a multi layered plot and the action intensifies as it proceeds... For me as a reader, it doesn't get any better than that...

Dotti Roth
5.0 out of 5 stars Frightening storyline that will keep you guessing!
Reviewed in the United States on March 29, 2020
Verified Purchase
I loved revisiting some old friends while meeting new ones. This story weaves an intricately tangled web of truths, lies, love, hate, friendship and the sheer brotherhood (and sisterhood, sorry ladies) of our military. Just when you think you're going to get all the answers, another bombshell drops. Again. And again. And yet again.

CG Cooper is a talented story teller and does not disappoint with this newest offering.

If I ever get to meet him in person, I'll either hug him or yell at him. Maybe both.
Read more
2 people found this helpful
Helpful
Report abuse

BSCM
5.0 out of 5 stars Go! Grab C.G. Cooper’s spell-binding action-thriller! You will love BLOOD OF MY KIN!
Reviewed in the United States on March 27, 2020
Verified Purchase
C.G. Cooper has written an intense thriller that leads the reader into a maze of death, deceit, and destruction. With a bit of help from Cal Stokes and Daniel Briggs, former Seal and commercial pilot, Tom Greer, embarks on a dangerous mission to find his kidnapped children. Woe be to him who crosses Greer’s bloody path. BLOOD OF MY KIN is a gripping story that unfolds with one surprise after another. Reader beware, this book is raw and bold. But even as the story unfolds in a midst of despair and betrayal, author C.G. Cooper manages to impress upon us the beauty of the human spirit as it stands tall and worthy.
BLOOD OF MY KIN by C.G. Cooper is a compelling story of bravery and brilliance.
Read more
One person found this helpful
Helpful
Report abuse

dennis barron
5.0 out of 5 stars Blood of my Kin. C. G. Cooper
Reviewed in the United States on April 9, 2020
Verified Purchase
Tom Greer is trying to find his two children. Kidnapped at an early age. Then he was told they were dead. The bodies of unrecognizable remains are buried in the family cemetery. It was a lie. He is now hunting down and systemically killing the people who took part in this abduction. He now knows his two children are alive and well. Now he has discovered that his own father was behind it all. A retired Colonel. Was it for the children's safety. Three former presidents have knowledge of this incident and it's implications. This is a mystery and action thriller of mega proportions!! Can't wait for book three in this series!!
Read more
One person found this helpful
Helpful
Report abuse

SandyMan
5.0 out of 5 stars An exciting look through the eyes of Jim Greer
Reviewed in the United States on March 31, 2020
Verified Purchase
A great follow up to the Greer story. Looking for his children who he had been told were dead, but now knows that they are alive. Greer will do whatever it takes to get them back. His journey involves Cal Stokes and Daniel Briggs help and that of Daniel's Golf pro friend from South Africa. The twists and turns will keep you guessing and when the Admiral gets involved and talking, the plot just goes on to more twists. The story of Caleb and Ella, his children deepens and gives even more twists. Really looking forward to the next book. I recommend this book, you won't be able to put it down!
Read more
One person found this helpful
Helpful
Report abuse

F. Wayne Markus
5.0 out of 5 stars Another Cooper Barn Burner
Reviewed in the United States on March 26, 2020
Verified Purchase
Another C G Cooper Barn burner. The twists and turns of the plot keeps me scratching my head. The action is fast and furious. As usual CG’s characters are so descriptive you can see them.
WOW, another Awesome finish. Stay tuned for what’s next from Mr Cooper!!! I can’t wait for the next one, whichever series, their all great!
- Fran
Read more
3 people found this helpful
Helpful
Report abuse
See all reviews

Dorothy
3.0 out of 5 stars The marine
Reviewed in the United Kingdom on March 31, 2020
Verified Purchase
I found this book frustratingly annoying. Tom Greer, ex marine, is still trying to find his children who were kidnapped. His tactics are unorthodox and it reminded me of the accusations that marines are all braun and no brain. His actions were not honed and precise like a marine should be. The storyline was disjointed and there were many loose ends. The ending is too sweet and there are many unanswered questions verging on the dystopian. There is however a twist which will lead to more of the same. Not my favourite character.
Read more
Report abuse

samanthagirl
5.0 out of 5 stars Excellent Read
Reviewed in the United Kingdom on March 26, 2020
Verified Purchase
Complex, intriguing, absorbing and extremely addictive are how I would describe this latest book from C G Cooper. It had all that a good story should have with an excellent plot and interesting characters. As for the ending well wow! I thoroughly enjoyed it.
Read more
Report abuse

Linda
5.0 out of 5 stars Just as entertaining as ever and a great read for CG Cooper fans.
Reviewed in Canada on May 16, 2020
Verified Purchase
I literally said “WHAT” out loud when I came to the end. I was not prepared for this novel to be over. The twists and the turns keep you reading that’s for sure. Now I just have to wait for the next instalment. I really enjoyed it and that’s all I want to say because I don’t want to give anything away.
Read more
Report abuse
See all reviews