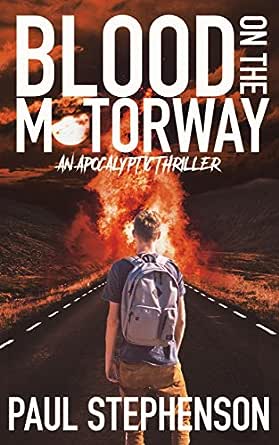 You've subscribed to Blood on the Motorway! We will preorder your items within 24 hours of when they become available. When new books are released, we'll charge your default payment method for the lowest price available during the pre-order period.
Update your device or payment method, cancel individual pre-orders or your subscription at
Your Memberships & Subscriptions
There was an error. We were unable to process your subscription due to an error. Please refresh and try again. 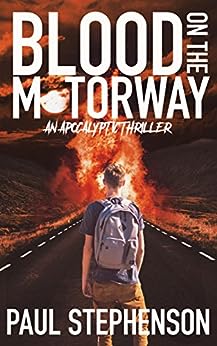 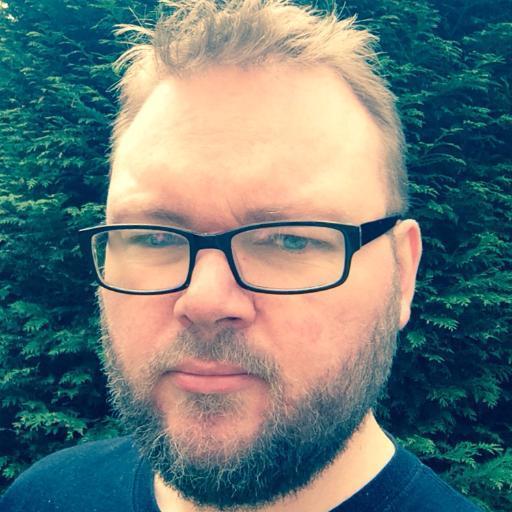 Blood on the Motorway: Book one of the apocalyptic British horror trilogy Kindle Edition 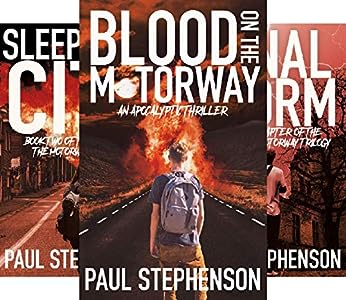 "I loved the Blood on the Motorway series! Set largely in the north of England, we follow a wonderful cast of characters as they try to survive an apocalyptic event that destroys most of the population. It has everything you could want in an end-of-the-world story. Perfect for fans of 28 Days Later, Shaun of the Dead, and ITV's Survivors." - Elisabeth Carpenter, bestselling author of 99 Red Balloons.

4.3 out of 5 stars
4.3 out of 5
111 global ratings
How are ratings calculated?
To calculate the overall star rating and percentage breakdown by star, we don’t use a simple average. Instead, our system considers things like how recent a review is and if the reviewer bought the item on Amazon. It also analyzes reviews to verify trustworthiness.
Top reviews

J. Datesh
4.0 out of 5 stars Not Every Apocalypse Needs Frickin' Zombies!
Reviewed in the United States on September 20, 2017
Verified Purchase
An very effective post-apocalypse novel. Maybe not in the class of more sweeping classics like McCammon's Swan Song or King's The Stand, but it is refreshing to read a recent one without a clutch of zombies (I grew up with them... I'm from Pittsburgh, after all). Appealing characters and three harrowing journeys, nicely told.
Read more
4 people found this helpful
Helpful
Comment Report abuse

8Ball
4.0 out of 5 stars Great First Effort
Reviewed in the United States on March 25, 2018
Verified Purchase
For a first book this was fairly well written and surprisingly well edited. Not that there weren't some editing errors, but far fewer than most ebooks these days. I found this book hard to put down. Got this for free, and now I'm off to purchase the next one. Both to support and encourage the author, and because I want to see where he takes these characters next.
Read more
One person found this helpful
Helpful
Comment Report abuse

Ginger
5.0 out of 5 stars Loved it.
Reviewed in the United States on April 5, 2018
Verified Purchase
What a great book. Hard to believe this is Paul Stephenson's first book. I could not put it down and was totally enthralled with everything on each page. A must read. I am onto his second book Sleepwalk City. Can't wait to review. Great job!
Read more
One person found this helpful
Helpful
Comment Report abuse

Kindle Customer
5.0 out of 5 stars Haunting idea...
Reviewed in the United States on March 15, 2018
Verified Purchase
This book had me questioning how the people around me would behave should mass extinction occur... this book grabs hold from page one, so keep the afternoon open!😉
Read more
One person found this helpful
Helpful
Comment Report abuse

Sylvia
5.0 out of 5 stars I enjoyed this book !!!
Reviewed in the United States on March 28, 2018
Verified Purchase
I really enjoyed this book. Easy to read , page turner. First time reading a book from this author , looking forward for more. Good one.
Read more
One person found this helpful
Helpful
Comment Report abuse

Amazon Customer
5.0 out of 5 stars Fast read
Reviewed in the United States on August 31, 2017
Verified Purchase
Interesting, with more twists that keep it interesting. I kept waiting for zombies. Going to get the next book....... yea
Read more
One person found this helpful
Helpful
Comment Report abuse
See all reviews

Robosquid
4.0 out of 5 stars Enjoyable end-of-the-world tale set in northern England
Reviewed in the United Kingdom on March 15, 2017
Verified Purchase
Darkly humorous tale of the end of the world as we know it. The book had plenty of British humor and I'm not sure if international audiences will get some of the references - "it's a local shop, for local people" among many others which had me tittering all the way through. Our main characters are a hapless pair who survived by chance (or did they?) and go meandering about in the most clueless and random manner, mostly looking for cigarettes and alcohol, until picked up by an unsavory group, or "knights in shining armour-plated vehicles". Other characters are a determined young woman and her teenage sidekicks who have to learn to drive very quickly, and a mis-matched pair of police officers chasing a serial killer who seems to have inside info on what is going on.

There are certainly some horrific and chilling scenes which made me squirm on occasion, but the tension was always broken by a joke or someone doing something really stupid.

In summary, I thoroughly enjoyed it and would definitely buy the sequel.

Captain Chaos!
1.0 out of 5 stars SJW rubbish!
Reviewed in the United Kingdom on December 25, 2018
Verified Purchase
In the Authors Note, in his own words, he describes Trump's America as a fascist proto-state.
Badly written, blatant anti-White propaganda.
If you have any, concept of Western European identity, don't purchase this book. You won't be happy if you do!
Read more
3 people found this helpful
Report abuse

Tailspin
5.0 out of 5 stars Witty, flowing writing style and very dark
Reviewed in the United Kingdom on September 25, 2020
Verified Purchase
Can’t really add much to all the other positive reviews. Very dark but with sprinkles of comedy in between the gore and corpses. At times the author captures the smells, sights, sounds and lack of creature comforts of a post apocalyptic world in a strangely realistic way. The witty writing style tells you not to take the really gratuitously violence too seriously, although it was a bit sad to say goodbye to some of the main characters well before the end of the book.
Read more
Report abuse

Tracy G
5.0 out of 5 stars A great end of the world saga
Reviewed in the United Kingdom on August 17, 2019
Verified Purchase
I really loved this book, set in the north of England which was a change in itself, the story moves between dark humour and moments of sorrow and terror. Depressing to think that smoking may just mean you beat the apocalyptic end of the world. A group of normal people just trying to get by at worlds end and falling prey to a serial killer. Can't wait to read the next one.
Read more
Report abuse

coll
5.0 out of 5 stars Review
Reviewed in the United Kingdom on October 22, 2020
Verified Purchase
Well I as hooked from almost the first page ! What a thrilling book and storyline.I don't have a bad word to say stated this last night and finished it this morning . Great characters and strong storyline defiantly recommend that you read this book
Read more
Report abuse
See all reviews