You've subscribed to The Donaghue and Stainer Crime Novel Series! We will preorder your items within 24 hours of when they become available. When new books are released, we'll charge your default payment method for the lowest price available during the pre-order period.
Update your device or payment method, cancel individual pre-orders or your subscription at
Your Memberships & Subscriptions
There was an error. We were unable to process your subscription due to an error. Please refresh and try again. 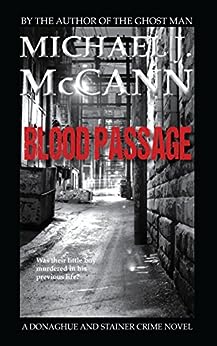 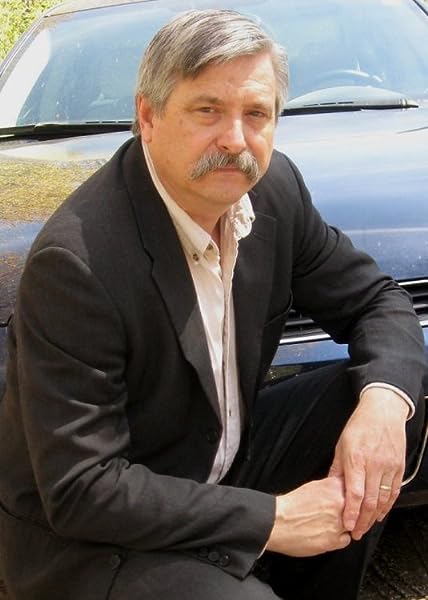 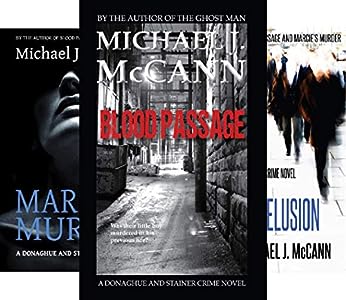 This is very much a plot-driven novel. While we do get to know the characters as the story unfolds, we spend no real personal time with any of them. Even so, each character stands out as unique. The dialogue is realistic and we learn a lot about the characters' personalities just by the way they speak.

The plot is complex. The author clearly did his research, which shows as he takes us through the intricacies of the Triad culture. We also have the undercurrent of a young boy recalling a past life as a murder victim, which plays a major and thought-provoking role in story.

Initially I found it challenging to keep up with the names of all the characters and their relationships, particularly within the Triad. McCann does a good job with the setup, it's just that the complexities of the crime and the entanglements of the people involved require a lot of attention to detail.

The pace is mostly steady, except for a few sections where long segments of narration read a bit too much like a character sketch. This was designed to give us history on the characters, but slowed the pace and felt a little out of place. Overall, though, the story is engaging.

If you like solving crimes alongside the characters, this book is a great start to the series.
Read more
Helpful
Report abuse

Masquerade Crew
5.0 out of 5 stars it's a mix between episodes of Law & Order, Cold Case and a dash of X-Files thrown in, creating a very unique appeal
Reviewed in the United States on March 9, 2012
MARK'S REVIEW

Got an hour? Because that's how long it'll take to describe all the great things about this book. But I'll try to keep it to a more appropriate length. To summarize, it's a mix between episodes of Law & Order, Cold Case and a dash of X-Files thrown in, creating a very unique appeal. To be fair, I haven't read as many book in general as Bec and certainly not as many self-published books, but based upon her reviews (and Sharon's) and the few I've been either able to read or at least browse through, Blood Passage is one of the best self-published books I think I will ever come acorss. I've read highly acclaimed, traditionally published books that wouldn't stand up to this one in quality and would merely equal its entertainment value.

This book's got everything: a great main plot, interesting and not overwhelming subplots, believeable characters, true-to-life dialogue, and a satisfying ending that leaves you with just enough unanswered questions (it is a crime novel, after all), not to mention an appropriate level of researched description that would satisfy various kinds of readers. I'm the kind of person that gets bogged down with lots of description, especially seemingly unimportant details that go on and on. But with Blood Passage if I felt a portion was filler detail, unimportant to the rest of the story, I could quickly skim thorough it and get back to the action. If you're the kind of person who likes detail, this book's got it in measured amounts.

I don't feel I've done my job unless I find something about a book that could be improved. Usually it isn't that hard. Improper use of commas jump off the page most of the time, too many commas being the culprit, but where I diasgreed with this author's (or editor's) choice, I would have added a comma, which only speaks to the overall quality. The only other constructive critism I could find (and I'm stretching) was in the timing of the story. After a brief prologue at the time of the murder, the story jumps four years later. There were enough interesting and entertaining events that took place close to the time of the murder, which we learn through exposition, to justify a book in it own right, Blood Passage being its sequel. The bit that reminded me of the X-Files, which was the catalyst that brought the murder out of the cold case files, would have differenciated Blood Passage from its non-existant predecesor.

This is the first book in a series. I look forward to learning more about the characters; in this first one you read hints of an interesting past, for the main character at least.
Read more
One person found this helpful
Helpful
Report abuse

Kissablysweet1
5.0 out of 5 stars Blood Passage by Michael J. McCann
Reviewed in the United States on March 20, 2012
A murder scene looks like a drug deal gone wrong. It's worked until there doesn't seem to be any more evidence then turned over to CCU. Four years later, the case seems to be fully active again. New information has been brought to light that might help solve the murder. Donaghue and Stainer are working the case as if it's new again. Asking questions, meeting people from the past and taking in the new information. It seems Martin Liu, the victim, is reincarnated in the body and mind of three and a half year old Taylor Chan. It might seem random, but Taylor is Liu's cousin's child. He knows to much to be making it up. There are things that don't match up and many more things that do. At first they think it's all bunk, until they start learning Taylor was dead on in his statements. This might even lead to solving the murder.

Not your typical police drama with the inclusion of reincarnation. Many crime drama writers wouldn't have taken this turn, but you know what, it works. It makes the story seem more like something that could actually happen. Especially once you read what the child knows. Action filled and worthy of it's own television show, this book is perfect for those looking for something a little different. I thoroughly enjoyed this book.

I didn't find anything wrong. It covered all the bases.

I gave this one a 5 out of 5 books because I didn't see the reincarnation coming and it was easy to accept when it did.

Sandy
4.0 out of 5 stars An odd couple that work
Reviewed in Canada on March 11, 2014
Verified Purchase
I'm a sucker for a good police procedural so when a friend recommended this series, I picked up book #1. Glad I did.
Lt. Hank Donoghue & Det. Karen Stainer of the Glendale PD team up when new information surfaces concerning a cold case. Four years ago, a young Asian man named Martin Liu was murdered. Hank was briefly at the scene & remembers thinking something didn't feel right. In present day, a grad student has been attacked after asking questions about the murdered man but for very different reasons.
Josh, a PhD candidate in child psychiatry, is investigating Taylor, a 3 year old boy who claims to remember being Martin. His "memories" include people like his cousin Peter Mah, now a powerful figure in the local Triad or Asian crime brotherhood. He also remembers who killed him.
Hank & karen aren't sure what to make of the kid but are chilled by what he tells them & the fact that his mother is a cousin to Peter & Martin. The case is reopened & before they know it, they are competing with shadowy men from the Triad as they search for the killers. The cops want to arrest them, the Triad wants them dead.
That's all I'll say about the plot as it's complex with lots of twists to keep you guessing. Both the cops (and the reader) get a crash course in Asian gang politics & it's not long 'til the body count rises. Side stories include conflicts within the Triad, a possible leak in the police department & Karen's relationship with an FBI agent. Hanging over everything is Hank's continuing issue with IAD. He rose through the ranks quickly & made enemies among the old guard. One powerful superior in particular would like nothing better than to see him taken down a notch, a story line that continues in series.
It's a crowded genre full of recognizable names...Rankin, McDermid, Sanford, Connelly, Nesbo...and we all have our favourites so it can be difficult for a new author to get attention. Police procedurals have a lot in common so whether you continue with a series may depend on how much you enjoy the characters.
I like these two. They make an odd couple. Hank comes from money & managed to accumulate 3 university degrees by the time he was 25. Quiet, smart & introspective, he approaches each investigation as a puzzle to be solved. Karen is a brassy Texan who has all the subtlety of a brick to the head. Foul mouthed & fearless, she pushes Hank's boundaries but somehow they compliment each other. He's more brains & she's more brawn.
Each is dealing with prospective changes in their personal lives, as well. Hank is smitten by a lovely widow with ties to the case while Karen's fed boyfriend is hinting at making things more permanent.
All in all, a smart & well paced cop story that keeps you turning the pages to see who is left standing at the end. The cold case is tied up but other plot lines are unresolved & I'd definitely pick up the next one to see where they lead this entertaining pair.
Read more
Report abuse

Debra Shaw
4.0 out of 5 stars Blood Passage
Reviewed in Canada on August 23, 2013
Verified Purchase
I chose the book because Michael is a local author, The story was very intriguing and easy to read. It held my attention and read it over 2 days.
I've also ordered more of Michael's books and can't wait to read them.
Read more
Report abuse
See all reviews
Back to top
Get to Know Us
Make Money with Us
Amazon Payment Products
Let Us Help You
EnglishChoose a language for shopping. United StatesChoose a country/region for shopping.
© 1996-2021, Amazon.com, Inc. or its affiliates