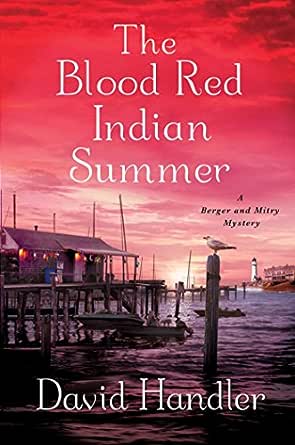 You've subscribed to Berger and Mitry Mysteries! We will preorder your items within 24 hours of when they become available. When new books are released, we'll charge your default payment method for the lowest price available during the pre-order period.
Update your device or payment method, cancel individual pre-orders or your subscription at
Your Memberships & Subscriptions 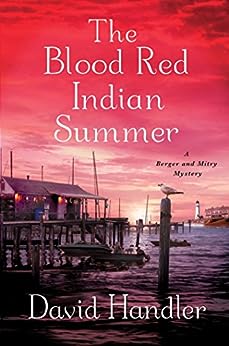 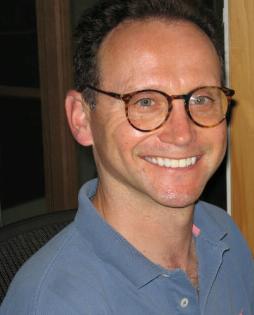 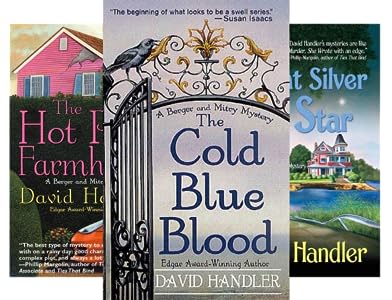 David Handler's cleverly written whodunit...is a must read for fans of hilarious crime dramas.... The Blood Red Indian Summer is a whirlwind of hilarity, mystery, crime drama, and romance. It is best described by a one-word expression that is often used by Mitch Berger's dad, Chat: 'Sa-weet'. (Gumshoe) --This text refers to an out of print or unavailable edition of this title.

David Handler has written eight novels featuring the mismatched crime-fighting duo of Mitch Berger and Des Mitry. His first, The Cold Blue Blood, was a Dilys Award finalist and BookSense Top Ten pick. He is also the author of eight novels about the witty and dapper celebrity ghostwriter Stewart Hoag and his faithful, neurotic basset hound, Lulu, including the Edgar- and American Mystery Award--winning The Man Who Would Be F. Scott Fitzgerald. David lives in a two-hundred-year-old carriage house in Old Lyme, Connecticut.

4.8 out of 5 stars
4.8 out of 5
24 global ratings
How are ratings calculated?
To calculate the overall star rating and percentage breakdown by star, we don’t use a simple average. Instead, our system considers things like how recent a review is and if the reviewer bought the item on Amazon. It also analyzes reviews to verify trustworthiness.
Top reviews

kindle addict
5.0 out of 5 stars Engaging, enjoyable mystery..................
Reviewed in the United States on October 19, 2011
Verified Purchase
This was a good mystery by one of my favorite authors. The entire series is excellent. I particularly enjoyed this book because it was more of a true mystery than the last book in the series. Instead of just the people in the fictional town of Dorset, CT, it involved a suspended pro football player and his family who rented a large house in Dorset. This was a departure from the last couple of books and made it all the more interesting. I thought the characters were well-developed, and it seemed like the romance between Des and Mitch progressed a little. They are both likeable with different strengths and upbringings. Characters from the past were also in this story which was nice, too. Although it's best to read the series in order, I think someone starting with this book wouldn't be too lost because the important things from the past are revisited. I highly recommend this book.
Read more
4 people found this helpful
Helpful
Comment Report abuse

Ann Jeffries, Author
5.0 out of 5 stars Not enough Berger and Mitry . . .
Reviewed in the United States on October 29, 2011
Verified Purchase
Because it is getting so that we have to wait so long for Berger and Mitry to save us from the literary wasteland I do a marathon read of all of Handler's novels in this series before reading the most recent one. As usual, David Handler makes it well worth the wait. Nevertheless, the fact that David Handler is keeping us intrigued with his duo of Berger and Mitry is a blessing. Unlike Frankie Y Bailey's Dr. Lizzie Stuart and Police Officer (nee Chief of Campus Police) John Quinn or Richard A Lupoff's Insurance Investigator Hobart Lindsey and Police Officer Marvia Plum, at least we know that Berger and Mitry thanksfully will rise to the occasion again.

However, Berger has yet to explain his tattoo to my satisfaction. And Minotaur Books needs to find someone else to edit Handler's novels. Throughout all of his novels the errors and omissions are annoying. David deserves better and so do his readers.

Auntie Annie
VINE VOICE
5.0 out of 5 stars New England mysteries
Reviewed in the United States on December 25, 2013
Verified Purchase
These books (there are nine in the series) are mysteries set in Dorset, Connecticut. Mitch, a retired Jewish film critic, and Des Mitry, a black Connecticut State Trooper, form an unlikely alliance both as lovers and as detectives. The relationship between the two and the relationships each forms with other residents are as fascinating as the manner in which the two manage to solve mysteries. This plot concerns a suspended NFL player who is vacationing, personna non grata, in Dorset. When his pregnant sister-in-law washes up on the beach everyone is suspect.
Read more
Helpful
Comment Report abuse

L. E. Davis
5.0 out of 5 stars Very, very good
Reviewed in the United States on October 12, 2011
Verified Purchase
I'd been looking forward to this book and was thrilled to be back with Des and Mitch. But this book exceeded my expectations. This book harkens back to the first few in the series, the mystery was truly a mystery to me, and it was a decent length. Mitch and Des were wonderful, the banter was great, we meet new characters (who are surprisingly likeable for being who they are), and get to know an old character better, which was a delight. I just can't really say enough on how much I enjoyed this. I won't spoil anything but will say that it's renewed my love for this series, not that it was waning, but he's put new life into the series.
Read more
10 people found this helpful
Helpful
Comment Report abuse

S. Pierce
5.0 out of 5 stars Interesting and feel-good
Reviewed in the United States on February 18, 2017
Verified Purchase
Berger and Mitry are quite a pair. I enjoy seeing their relationship grow. These are definitely light reading but very enjoyable. I love escaping into their world!
Read more
Helpful
Comment Report abuse

JOYCE BREVING
5.0 out of 5 stars A needed selection.
Reviewed in the United States on April 16, 2015
Verified Purchase
After going to two different used book stores that are not very close by, I ordered this book. I was very glad to receive it and look forward to reading it in the proper order of the series. Thank you so much.
Read more
Helpful
Comment Report abuse

Divisionred
5.0 out of 5 stars Best book in the series
Reviewed in the United States on October 28, 2011
Verified Purchase
I really enjoyed this mystery. It was well written and kept me guessing who the villain was through the whole book. I guessed wrong about the villain. This was such an enjoyable read that I read it in one day.
Read more
2 people found this helpful
Helpful
Comment Report abuse
See all reviews