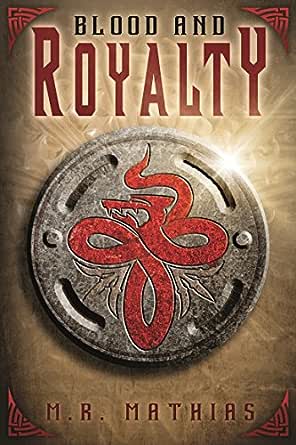 You've subscribed to The Dragoneer Saga! We will preorder your items within 24 hours of when they become available. When new books are released, we'll charge your default payment method for the lowest price available during the pre-order period.
Update your device or payment method, cancel individual pre-orders or your subscription at
Your Memberships & Subscriptions
There was an error. We were unable to process your subscription due to an error. Please refresh and try again. 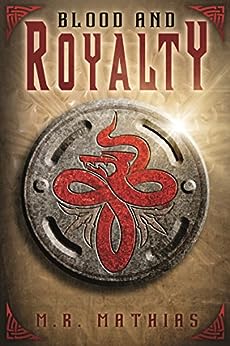 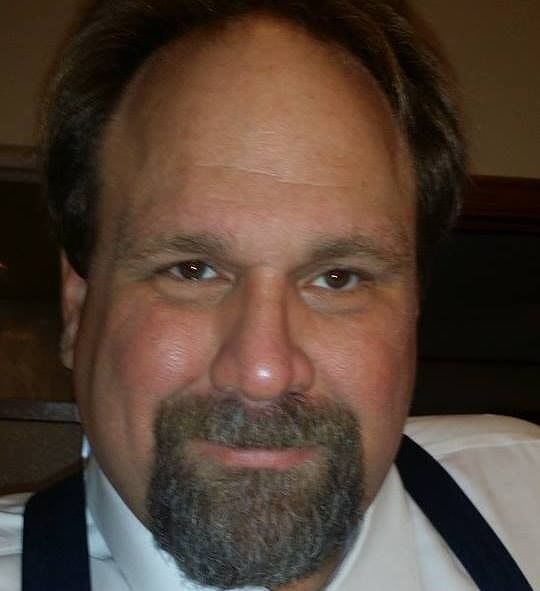 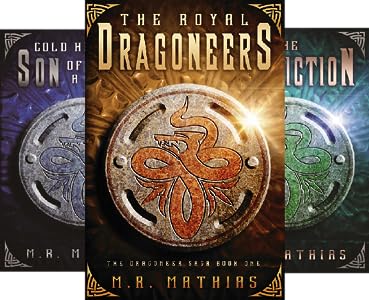 M.R. Mathias imagines a setting that will entice readers and lead them, along with his characters, on a breathtaking adventure. -- Readers Favorite Book Awards review of M. R. Mathias's 2017 Award Winning novel "A Gossamer Lens" from The Legend of Vanx Malic series

M.R. Mathias is a master at world building and is so good with creative descriptions that you can almost feel the wind whipping through your hair as you soar along on the back of a dragon. -- Readers Favorite Awards review of M. R. Mathias's 2015 "Gold Medal" Award Winning novel "Blood and Royalty" from The Dragoneer Saga"

"There are few writers in the genre of fantasy that can equal the creative mind of M.R. Mathias - now acknowledged as a master in this genre of dragons and dwarves, and magic, and spells, and all aspects of fantasy."-- Top 100, Hall of Fame, Vine Voice, Book Reviewer, Grady Harp

4.6 out of 5 stars
4.6 out of 5
66 customer ratings
How does Amazon calculate star ratings?
Amazon calculates a product’s star ratings based on a machine learned model instead of a raw data average. The model takes into account factors including the age of a rating, whether the ratings are from verified purchasers, and factors that establish reviewer trustworthiness.
Top Reviews

HollySoall
5.0 out of 5 stars Positively fearsome
Reviewed in the United States on January 30, 2015
Verified Purchase
While Blood and Royalty is the sixth in a series, it stands out very well as a stand-alone, with enough backstory to keep you in the loop, but not so much as to make reading this story impossible. Don't be afraid to jump straight into the story!
The tale of Dragoneers keeping the world from falling into disrepute has spread across the lands, and now the mad King Richard is on his way back, attempting to retake the lands he was forced from by his brother and their families. With a touch of insanity, he and the Nightcrawler are terrorising the islands and attempting to make Jenka's life a living hell.
This story is short, taking me less than eight hours of solid reading to get through it, and I was hooked from the start. Dragons, elves, battles between good and evil? Who wouldn't love that? Well-written and a wonderful pace, clearly the artwork of a master.
The characters are lively and realistic, people you would depend on if your life was in danger (Well, all but Richard). Jenka, Amelia and Clover are weird, March is solid and ready for anything, and the wyrms seem happy to go along for the ride. I loved Zah's role in the story, and Jericho's steadfast kingishness. And for hell;s sake, who let the nine-year-old wield a magic sword?
With a graceful and heart-breaking ending, this is definitely one story you will want to read, and I will definitely be looking out for others in the series!
4.5/5
Read more
One person found this helpful
Helpful
Comment Report abuse

Veritas Vincit
5.0 out of 5 stars A Masterful End to a Brilliant Series.
Reviewed in the United States on January 13, 2015
Verified Purchase
I only recently became a fan of Mathias' work, primarily because I was told by so many other indie fantasy fans that his writing was definitely worth the effort. I made my way through the Dragoneer Saga after the Wardstone Trilogy, and at long last, having finally finished this epic and impressive journey, I must admit that I'm satisfied. It's easy for a series to fall off after a few initial successes and moments of greatness, and when the plot continues to tangle and become harder to follow, characters can easily get forgotten, weaker plot lines get left behind, and the overall draughtsmanship suffers. None of this was the case in Mathias' six-part series, particularly not in this climactic book. I couldn't believe that he managed to wrap up thousands of pages of content in a neat and enjoyable bundle, but I suppose that is what great fantasy authors do. If you've stayed with Mathias through multiple series and adventures, then don't stop now. Blood and Loyalty is the pay-off you've been waiting for. And if you're only stumbling across this review and don't know who Mathias is, then it's time that you went back to Square One and found out just why this author is climbing up the ranks of this competitive genre.
Read more
One person found this helpful
Helpful
Comment Report abuse

Owen Robinson
5.0 out of 5 stars A "Bloody" good time will be had by all! @badwordplay
Reviewed in the United States on January 20, 2015
Verified Purchase
After the final Hobbit movie came out this December (seriously, THREE hobbit movies?!?! Come on…), I was ready and raring to go for a fantasy novel full of dragons once again. I realized that I had never actually finished The Dragoneers Saga, a series that I very much enjoyed, so I decided to end this epic dragon saga, as well!

Honestly, I don’t think I can give a concise summary of a sixth and final book in a series if I wanted to. But this is obviously where the human fecal matter collides with the air circulating machine, and it pits King Richard against pretty much everyone that you have come to know and love in this series. And it’s not even that simple, either. Even though this is the final book in the series, it does not stop the author from introducing even more terrifying foes for the protagonists to tangle with amidst everything else. Who will live? Who will die? Find out in the thrilling conclusion of The Dragoneers Saga! That last part should be read in your best radio announcer voice…

Endings are hard. For every incredible ending to a story (The Dark Tower series, Breaking Bad), there are terrible endings (That show where it was all in that kid with the snowglobe’s mind?). They are obviously not an easy thing to write, both in execution, and actually bringing yourself to write it. I mean, come on, you CREATED these characters and this story, now you’re supposed to close the book on them, literally? While I have a feeling that we will see the characters in future works, I have to say that this is a hugely satisfying ending to an already fantastic series.
I would not really suggest jumping onto this series with this volume, but I would absolutely recommend you checking this book out, if you are a Tolkien fan, or a fantasy fan in general. Both the series, and this final volume, are a very enjoyable read from start to finish.
Read more
Helpful
Comment Report abuse

Phil Bolos
4.0 out of 5 stars Nicely done
Reviewed in the United States on August 13, 2015
Verified Purchase
Blood and Royalty by M R Mathias is an excellent addition to the fantasy genre. Attempt to imagine a world of dragons, humans, and aliens and you will begin to get the idea of what is held in this novel. Kingdoms at war, dragons in the sky, and as three of the characters discover, other nightmares that can be unleashed without meaning to. Blood and Royalty puts a fresh spin on fantasy and nicely wraps up the Dragoneer saga.
Being honest, dragon and sorcery fantasy have never been my favorite genre to dive into. I prefer readings that are at least slightly more realistic and, at times, the genre does not offer the character development that is necessary for a novel to truly grab the reader. However, Blood and Royalty by M R Mathias far exceeded my expectations in the genre. The characters are fully developed and the settings are described with some of the best language I have read in some time. While I did not read the other books in the series there were some parts of the story that were lost on me, but this did not create plot holes that were troublesome enough to distract me from the action and adventure that was taking place on the page. Grammatically the story flows easily and it is clear that the author and editor took time to make sure the novel was polished and edited correctly.
Read more
Helpful
Comment Report abuse
See all reviews from the United States

Ms. Harriet Greenidge
5.0 out of 5 stars a great read
Reviewed in the United Kingdom on February 24, 2015
Verified Purchase
Fantastic writing, full of suspense, thrills and more thrills. A continuation of the previous series. I love it and is looking forward to reading more from them.
Read more
Helpful
Sending feedback...
Thank you for your feedback.
Sorry, we failed to record your vote. Please try again
Report abuse