You've subscribed to Paranormal Tales from Wales! We will preorder your items within 24 hours of when they become available. When new books are released, we'll charge your default payment method for the lowest price available during the pre-order period.
Update your device or payment method, cancel individual pre-orders or your subscription at
Your Memberships & Subscriptions
There was an error. We were unable to process your subscription due to an error. Please refresh and try again. 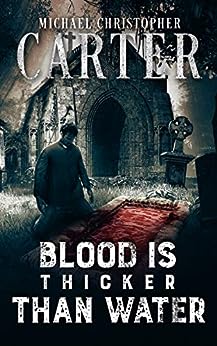 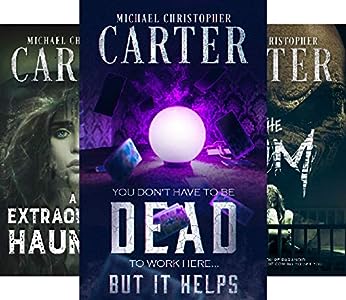 "The conclusion was perfect! Definitely a 5!" "Wow! I got into the story right away and I couldn't stop reading. The conclusion was very satisfying and I really enjoyed the book. I would recommend it highly with a 5."
"I couldn't quit reading!"
"It really was a great story... I really really appreciated the ending."
"Totally awesome, gripping and shockingly gruesome.Riveting cringe factor value - 5 stars! "
All comments from verifiable beta-reviews

Mary Brannian
5.0 out of 5 stars “Perhaps it’s something in the water…”
Reviewed in the United States on October 31, 2018
Verified Purchase
Annabel Brimble is exhausted. At 8+ months pregnant, she’s about at her wits’ end. Discontented and bitter, she mulls her abysmal life choices. Her father, while not denigrating her choice, isn’t fond of her husband, and has NEVER said he was proud of Annabel. Stuck in a tiny two room flat with her husband and 10 daughter Charlotte, Annabel is at the breaking point. Where, or where, will the baby go? There’s no room!
Reverend Bertie Brimble is a jocular fellow; too bad he’s ineffectual. His parish in Hartcliffe consists of barely a handful of parishioners, and he doesn’t feel that his sermons are making any difference in the lives of those who hear them. Crime is on the rise, and Reverend Brimble is desperate to protect his growing family. When Reverend Brimble hears of a sudden opening in Goreston, he’s ecstatic and quickly accepts the position, despite the recent horrific murders committed there. Reverend Brimble is confident he can and will protect his family.
Unsettling events occur almost immediately after the Brimbles move into the vicarage. A strange man is skulking about, terrifying Annabel and Charlotte. There’s whispers about the disappearance of Reverend Jones, who Reverend Brimble is replacing, and questions about the man arrested for the murders of the two young girls: he’s disappeared into thin air. Annabel is terrified something might happen to her own daughter, Charlotte, who resembles the two murdered children; almost eerily so. And then there’s her husband, Bertie: he’s acting so strange; moody and aggressive…. Where has her Bertie gone? This isn’t the man she married! His temper has become hair trigger, and the THINGS he does sickens her…
Reverend Brimble is confused and frightened; he’s suffering from extremely erratic mood swings and waking nightmares. The atrocities that he commits in those dreams horrifies him to his soul… but what if…. What if these aren’t nightmares, but rather visions? Could he… would he….?
This story starts slow, but in an insidiously subtle fashion it picks up speed until it’s caroming wildly from scene to scene. Hang onto your hats, because this is one wild ride! The mind-bending ending left me wondering… what if… could this happen? Or perhaps the question should be…. Has this happened?
Read more
Helpful
Report abuse

Kindle Customer
5.0 out of 5 stars if you like horror give this author a try.
Reviewed in the United States on October 31, 2018
Verified Purchase
At first I wasn't sure I would like it but after the first few pages I couldn't put it down finished it in one night.
needless to say I didn't sleep very well that night.
Read more
Helpful
Report abuse

Jeni W.
4.0 out of 5 stars Quite Enjoyable
Reviewed in the United States on November 6, 2018
I received a copy of this book from the author for an honest review... and boy, am I glad I did. At the start I was a little leery and felt I was going to have to force myself to read it but after the first couple chapters, I was hooked and very caught up in finding out who the killer was and why the town was going insane. There were some character introductions that felt forced and made me wonder why they were needed but in the end it all made sense. Surprising twists and a few unbelievable moments but overall, I'd recommend this book to anyone needing a good, quick and interesting read. I will add that although there are religious aspects to the book it does not feel forced down your throat as you read and it does play a major role in the book, but does not feel preachy as you read.
Read more
Helpful
Report abuse

I’ve never been disappointed by this author. His books dig deep emotionally, delving into the human psyche. Never has this been more true than with “Blood is Thicker Than Water.” There are several cringe worthy moments, especially knowing that there are people who are really like THIS in the world. Enjoy!

I received this as an ARC in exchange for an honest review.
Read more
Helpful
Report abuse

A. Ryanne Nichols
5.0 out of 5 stars Great creepy horror!
Reviewed in the United States on November 1, 2018
I’ve never been disappointed by this author. His books dig deep emotionally, delving into the human psyche. Never has this been more true than with “Blood is Thicker Than Water.” There are several cringe worthy moments, especially knowing that there are people who are really like THIS in the world. Enjoy!

I received this as an ARC in exchange for an honest review.
Read more
Helpful
Report abuse

AlaskaGal
5.0 out of 5 stars Great Read for Goosebumps
Reviewed in the United States on October 31, 2018
I was surprised by how much I enjoyed Blood is Thicker Than Water. I didn't think I would enjoy a paranormal story as much as I did. Reverend Bertie Brimble was an interesting character. The water from Goreston's Holy Well was scary & fitting for Halloween. If you enjoy the paranormal I highly recommend this book. Michael Christopher Carter has a hit on his hands.
I received an ARC of this book in exchange for an honest review.
Read more
Helpful
Report abuse

Kristen Heyl
4.0 out of 5 stars Stick with it
Reviewed in the United States on November 5, 2018
The description of this book intrigued and sounded like it was right up my alley. It took me a while to get into it and I did almost put it down a few times but I kept going because I did want to know what the reason behind the crazy events and what an ending! Well-written characters and interesting storyline.
Read more
Helpful
Report abuse

Maureen
5.0 out of 5 stars Good Halloween story!
Reviewed in the United States on October 31, 2018
What a great story! It must be something in the holy water well. A wonderful creepy Halloween novel. 5 stars easy. I recommend if your looking for a Halloween story or just plain creepy horror. This is a new author to me . I will keeping my eyes on him!
Read more
Helpful
Report abuse
See all reviews

bwichkan
5.0 out of 5 stars superbly gruesome
Reviewed in the United Kingdom on October 31, 2018
Verified Purchase
I absolutely love this book. Perfect release date with all the gruesome scenes depicted here.
If you are squeamish you may find some of the scenes too gruesome so be warned! True horror fans will truly enjoy the horror, gore, twists and turns that this novel delivers!!
Definitely looking forward to the next release from this superb Welsh paranormal Author.
Well derserved 5 star rating from me!!
Read more
Report abuse
See all reviews
Back to top
Get to Know Us
Make Money with Us
Amazon Payment Products
Let Us Help You
EnglishChoose a language for shopping. United StatesChoose a country/region for shopping.
© 1996-2021, Amazon.com, Inc. or its affiliates