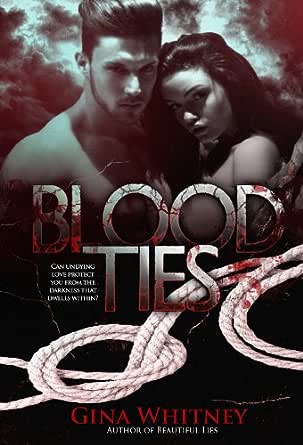 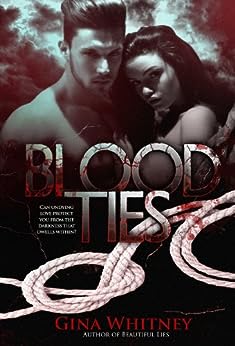 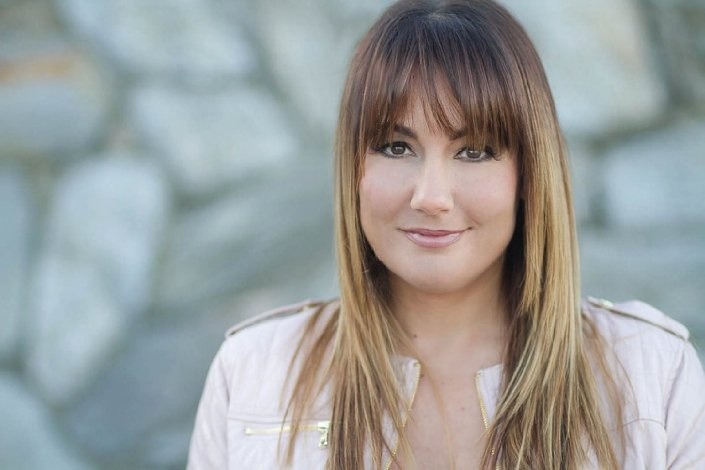 She's published six novels. Blood Ties, Beautiful Lies, Saving Abel, Forgiving Gia, Avenging Us, and Luca. She's currently working on a joint project with Leddy Harper called The Power of a Women. This is tentatively scheduled for release December 6th and is a Mafia/BDSM themed romance.When she's not writing, you can find her with friends and family. She resides in Massapequa, NY with her two beautiful boys. Reading has always been a passion and obsession of hers. You can usually find her typing furiously while shouting obscenities over her latest WIP. Her guilty pleasures are: a good laugh, being snarky, espresso, Pistachio ice-cream, alternative music, sunflower seeds, I.P.A's, twizzlers, and above all steamy swooning angst filled novels. She's pathologically obsessed with anything to do with royals, Games of Thrones, White Queen, Vampire Diaries, Homeland, SOA, The Vikings and The Originals. If you'd like to chat, hit her up on Facebook or Twitter

Sylvia D. Ashford
5.0 out of 5 stars LOVED IT!
Reviewed in the United States on July 29, 2013
Verified Purchase
This book had me thinking I already knew the story line NOT!, Gina Whitney knocked me for a loop on this one. Her character Grace had me laughing and cheering her on, the whole concept of Witch's eating humans was something I have never encountered before, but had me so totally enthralled at the prospect that I can't Waite to see if she will continue Graces story, this book has definitely got some very interesting creatures in it, well done Ms. Whiney.
Read more
One person found this helpful
Helpful
Comment Report abuse

Nelta M
4.0 out of 5 stars Just a Taste!
Reviewed in the United States on August 14, 2013
Verified Purchase
Gina Whitney's "Blood Ties" is not your usual hocus pocus witchy book....
You will find yourself turning the pages to see what happens between the immortals....
There were a few editing problems and it was a bit confusing how Grace came into possession of her special knife when she was fighting Catherine but all in all an intriguing story....Enjoyed the characters!

Angelicprincess
5.0 out of 5 stars I could not put this book down until I finished it!
Reviewed in the United States on May 24, 2014
Verified Purchase
I am a reader, not a writer. A friend of mine recommended I read Beautiful Lies and when I went to order it, I decided to pick this book up also. I'm so glad I did! I did not expect to like this one so much, it totally surprised me. Gina's writing style is refreshing and this book was beautifully written. This book will keep you on the edge of your seat!
Read more
2 people found this helpful
Helpful
Comment Report abuse

Kindle Customer
1.0 out of 5 stars Blood Ties
Reviewed in the United States on June 12, 2016
Verified Purchase
Too much of nothing, rushed plots, I didn't care about anyone, tooooooooo graphic for no reason. *run*
Read more
Helpful
Comment Report abuse

Jacklynn Sizemore
5.0 out of 5 stars A great read!
Reviewed in the United States on July 16, 2013
Verified Purchase
I love this book it was awesome! A must read and James and Grace are my favor in this story! So hope there is another book coming out soon!!
Read more
Helpful
Comment Report abuse

PamM
4.0 out of 5 stars Great Book!
Reviewed in the United States on July 5, 2013
Grace finds out she isn't an ordinary college student. She is half witch half mortal and everyone wants her for some reason. She is destined to be the one to stop the evil witch Catherine or be evil herself. She knows she is going to be on the good side and with the help of her aunt Evelyn, her best friend Julie and some new friends she gets to work training. Catherine wants her powers for her own so she can rule the world. While Grace is learning how to use her powers and find out more about her new world she also falls in love with James. He has vowed to keep her safe from her birth. While Grace learns she has to do many things she doesn't like she also learns no one is safe from Catherine's reach and she may not be safe in her own home. The battle is getting closer and she better get her head straight.

Grace is a good female lead. She is thrust into a new world she knows nothing about and does pretty good at accepting it. She lacks self confidence but that slowly grows as she learns more about her self. James is very protective of Grace and will do anything to keep her safe. He has a temper and sometimes has to make some hard decisions.

I really enjoyed reading this book as it has a lot of action. It is easy to get pulled into this book. It is also different than the usual witch book as these witches are different. They have special needs that make the story stand out. You also get werewolves in this story so it has a good range of paranormal beings. This is a little darker than the usual paranormal books I've read lately and I liked that. The only thing I wanted more of was Grace and James. They have a great connection and I didn't get enough of if. This is a great book for anyone who enjoys paranormal books and are looking for something different.
Read more
2 people found this helpful
Helpful
Comment Report abuse

Fiona Wilson
4.0 out of 5 stars A spellbinding read
Reviewed in the United States on May 23, 2013
Grace Valois made a strange, and traumatic, entrance to the world. Her mother makes the ultimate sacrifice to keep her safe, and gives her over to the safety of her father.
Years later Grace is at college, and is just like every other student, with her best friend Julie by her side, friends since meeting in preschool.
But then she starts experiencing strange things from chest pains to hallucinations, and she soon discovers her whole life has been a lie.

Grace finds out, after being taken to her Aunt Evelyn's for her own safety, that she is descended from a long line of witches. She was born from a union between a witch, her mother, and a mortal, her father. As such, Grace is destined to be an extremely powerful witch once her powers awaken. She also discovers that her friend Julie was assigned to be her protector. Julie is also descended from an ancient clan, a Native American clan of shape shifters.

Evelyn calls upon other witches to help prepare Grace for what lies ahead. Among these witches is James, who was present at her birth. Grace and James are instantly attracted to each other, and as time goes on it becomes obvious that there is a reason these two feel that way.

They eventually become tied together by more than just their feelings. This, unfortunately, leads to confrontation between James and his brother Adrian. What happens next seals the fate of both brothers.

Grace finds herself confronted by a witch, an extremely powerful one by the name of Catherine, who was also present at her birth, but for very different reasons than everyone else. Catherine believes that by consuming Grace's powers she can become THE most powerful witch in the world. She has lived her life trying to find Grace for just that purpose, after being foiled in her previous attempt, on the day of Grace's birth.

There are a lot of twists and turns in this story, and Grace discovers a lot about herself and her history. There are more than a few shock scenes involving the battles between those protecting her and those trying to kill her. There are also a few scenes which involve what can only be described as cannibalism. One in particular is quite difficult to read. But I think for the story to work the way it does, these scenes are all needed. Due to these scenes I would suggest this was a book for people over 17.

The author has written the story very well, the characters are all believable in the roles they play in Grace's life, and the story keeps you gripped from start to finish. There is plenty of action throughout, and also a bit of a love interest to keep readers interested. All in all a good read and one I would recommend for sure.
Read more
One person found this helpful
Helpful
Comment Report abuse
See all reviews

Kimberley21
5.0 out of 5 stars Fab!
Reviewed in the United Kingdom on April 12, 2017
Verified Purchase
Have read all of Gina's books and for some reason had missed this one, her first. Was different, interesting and a good story line that kept you turning the pages and wanting to find out what was going on!
Read more
Report abuse
See all reviews