Add to Cart
$24.80
& FREE Shipping on eligible orders. Details
Sold by: BestBuyAlways
Have one to sell?
Sell on Amazon 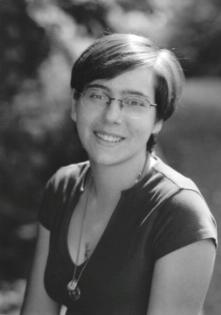 Gr 9 Up—Vance Ehecatl is a young shape-shifter who can transform into an exquisite but rare Quetzal. Abandoned by his parents at birth, he has been raised by powerful vampires at their stronghold of Midnight. Sheltered and protected from the outside world and given all possible comforts, Vance never questions his surroundings or his vampire superiors. When his friend Calysta dies by violent means, Vance flees in the forest where he becomes lost and disoriented. He is discovered by a fellow shape-shifter named Malachi Obsidian, who tries to persuade Vance to leave Midnight. Malachi explains that Vance is a bloodwitch who possesses dangerous and unpredictable magic. He further turns Vance's world upside-down by claiming that Mistress Jeshickan and her vampires are manipulating him to control his power. In order to unlock his true potential, he must be properly trained by his own people. The main character struggles to uncover the truth, determine his destiny, and distinguish friend from foe. Atwater-Rhodes once again draws readers into the mysterious and extraordinary paranormal world of shape-shifters, vampires, witches, and Tristes. Although Bloodwitch is the first in this new trilogy, characters from her "Den of Shadow" and "Kiesha'ra" series (both Delacorte) are referenced and might possibly appear in later installments. A satisfying read.—Donna Rosenblum, Floral Park Memorial High School, NY

Witness the early days of Midnight, a vampire society, through the eyes of a young man who is about to discover how powerful he really is. In 1803, quetzal shape-shifter Vance Ehecatl lives under the watchful eye of vampires who took him in after he was left orphaned as a child. He trusts and respects his Lady Brina and Mistress Jeshickah and doesn’t question his place in the world—that is, until he meets Malachi Obsidian, another shape-shifter. Vance will challenge everything he believes and invite the possible destruction of his comfortable life when he learns of other great magical civilizations from Malachi. When he finds that his talents as a bloodwitch can be great and dangerous, Vance shows inner strength as an unexpected hero to the people he never knew. Atwater-Rhodes made a splash with her first novel, In the Forests of the Night (1999). Since then she has continued writing lush fantasies of fully realized, well-conceived worlds, and the first volume in the new Maeve’ra series is no exception. Grades 8-11. --Stacey Comfort

AMELIA ATWATER-RHODES wrote her first novel, In the Forests of the Night, when she was thirteen. Other books in the Den of Shadows series are Demon in My View, Shattered Mirror, Midnight Predator, Persistence of Memory, Token of Darkness, and All Just Glass. She has also published the five-volume series The Kiesha'ra: Hawksong, a School Library Journal Best Book of the Year and a VOYA Best Science Fiction, Fantasy, and Horror Selection; Snakecharm; Falcondance; Wolfcry, an IRA-CBC Young Adults' Choice; and Wyvernhail. Her most recent novels are Poison Tree and Promises to Keep.
Read more