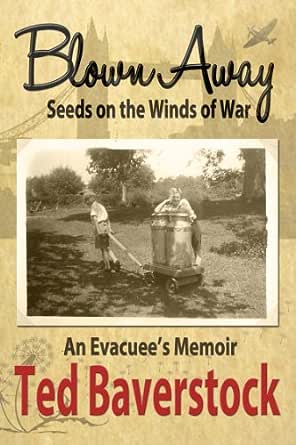 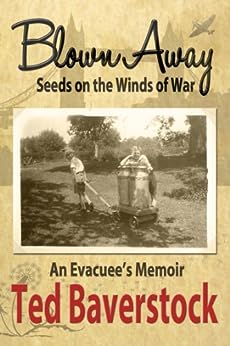 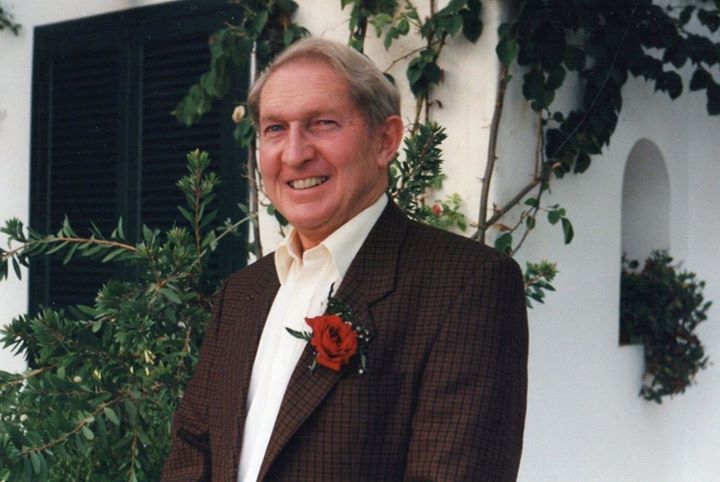 Blown Away - Seeds on the Winds of War Kindle Edition

Ted Baverstock was born in 1929 in Dagenham in East London. In 1939, two days before war was declared against Germany, he and his classmates from Dawson Junior School were evacuated to a small village in Somerset called Shapwick. His personal memoir 'Blown Away - Seeds on the Winds of War' details the experience of being uprooted and taken away from family and familiar surroundings to be brought up by strangers in a world far from home. Ted describes in detail the way of life in the countryside during the 1940s, the relationships, tears and laughter the sorrow and the joy of those years. Peppered with personal photos from the era, this memoir is a charming testament to the grit and fortitude of the wartime generation. --This text refers to the paperback edition.

dihitch-upminster
5.0 out of 5 stars Blown Away - Seeds on the Winds of War: An Evacuee's Memoir
Reviewed in the United Kingdom on January 9, 2014
Verified Purchase
A very human story that puts the spotlight on issues of enforced family separation during a very difficult time in our recent history. It is sprinkled with dashes of humour and honesty. A wonderful observation by a ten year old boy of the trials and tribulations of living in an unexpectedly different place from the area he had left. He was taught much by the family who welcomed him into their home. The book was a delight to read - sometimes serious, mostly happy, but very poignant in parts that brought a lump to my throat. It is a book I will read again. Well done Ted Baverstock!
Read more
Report abuse

Huren Dores
5.0 out of 5 stars A touching and vivid account of an evacuees's experience
Reviewed in the United Kingdom on November 30, 2013
Verified Purchase
This is a touching account of Somerset village life during the Second World War as seen through the eyes of an evacuee and his class mates from Dagenham. The village, its characters, their animals and the countryside are vividly described and really leap off the page. This is a real-life "Goodnight Mr Tom" story. It is a moving tribute to the host family also, who kept the author safe during those wartime years.

I really enjoyed reading this book and felt like I was there roaming the village and countryside with the author and his friends. I loved the photos of them during that time too, especially the one on the cover.
Read more
2 people found this helpful
Report abuse

manray
5.0 out of 5 stars Delightful book
Reviewed in the United Kingdom on November 20, 2013
Verified Purchase
I have always been interested in this period and it is such a lovely account of a time that will never happen again. I cannot imagine the strain of a childhood spent away from family and familiar life. This book is an excellent account of how someone can be taken out of their day to day life to be dropped unprepared into a completely new world full of challenges and wonder of the countryside. A charming personal account which left me feeling deeply touched.
Read more
2 people found this helpful
Report abuse

D Stevens
5.0 out of 5 stars From Lesley
Reviewed in the United Kingdom on January 26, 2014
Verified Purchase
Being an evacuee certainly gave Ted Baverstock some wonderful experiences, learning to milk a cow by hand,helping to make hay in the summer, watching cider being made and tasting, sliding on icey ponds in the winter. His book is full of stories which make it a compelling read. I was a farmer's daughter during those times, and all these things were normal for us. It is lovely Ted has all these treasured memories, and is still in touch with his host family.
Read more
Report abuse
See all reviews