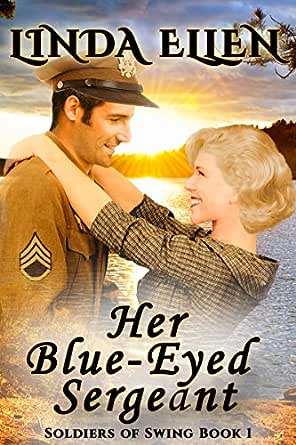 You've subscribed to Soldiers of Swing! We will preorder your items within 24 hours of when they become available. When new books are released, we'll charge your default payment method for the lowest price available during the pre-order period.
Update your device or payment method, cancel individual pre-orders or your subscription at
Your Memberships & Subscriptions
There was an error. We were unable to process your subscription due to an error. Please refresh and try again. 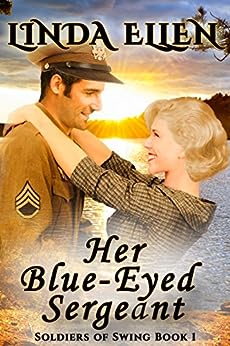 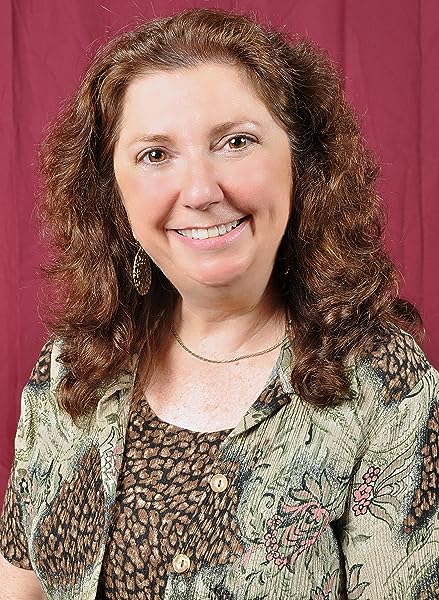 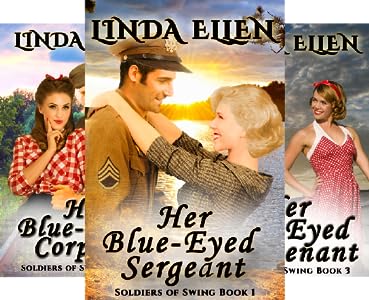 4.8 out of 5 stars
4.8 out of 5
31 global ratings
How are ratings calculated?
To calculate the overall star rating and percentage breakdown by star, we don’t use a simple average. Instead, our system considers things like how recent a review is and if the reviewer bought the item on Amazon. It also analyzes reviews to verify trustworthiness.
Top reviews

Tina Conder
5.0 out of 5 stars I also enjoyed the historical facts
Reviewed in the United States on December 29, 2016
Verified Purchase
I just finished "Her Blue-Eyed Sergeant" by author Linda Ellen. As I write this review, I'm not quite sure where to begin.
The story follows the developing romance of Vivian Powell and Sergeant Eugene Banks, who meet at a dance for soldiers during World War II. It is Vivian's first time as a "hostess," one of numerous young women who volunteered to attend weekly dances for the soldiers, most coming in from Fort Knox. From the first time their eyes met across the dance floor, there was an instant connection that this reader felt along with them. Through the beginnings of a lovely romance, misunderstandings, and eventual resolution of the issues that caused the misunderstandings, I found myself pulled deeper into their story, wanting it all to just work out for our hero and heroine.
I also enjoyed the historical facts, especially those surrounding Fort Knox. I'm a World War II "buff," and that coupled with being a native Louisvillian only helped to increase my enjoyment of "Her Blue-Eyed Sergeant."
If you've read the author's previous series, you'll not only recognize Sergeant Banks as a "lesser-known" character from the first, "Once in a While," but you'll truly relish the parts of the story that include the main characters from the Cherished Memories series, Vic and Louise.
This wonderful story also included some fun and incredibly clever, surprising twists and truly added another dimension to the adventures of Vivian and Eugene.
I highly recommend "Her Blue-Eyed Sergeant" and am anxiously awaiting the next installment in this lovely new series by Linda Ellen. This is not just a "book," but a beautiful, fun, romantic adventure that easily absorbed this reader into its depths.
Read more
2 people found this helpful
Helpful
Comment Report abuse

Donna's BookShelf
5.0 out of 5 stars AWESOME CLEAN READ ROMANCE!
Reviewed in the United States on November 10, 2017
Verified Purchase
I LOVE THIS SERIES!!!

Historical novels are not usually my genre… but I can’t say enough about this wonderful series!

Gene and Vivian meet quite by chance–or do they? Do you believe in love at first sight? Well, this story might not be just that, but… oh, dear. I can’t say much more without giving away too much. I can tell you that the characters are colorful, interesting, and unforgettable. And the confusing mysteries will most likely be unexpected, too. Just read it and see…

Hurry! Run and pick up a copy of Her Blue-Eyed Sergeant and read the adventures of Gene and Vivian. Then read the rest of the series, too.

Liz Austin
5.0 out of 5 stars Superb Book
Reviewed in the United States on December 21, 2016
Verified Purchase
As usual, Linda Ellen has turned out another superb book. I love the way Linda writes, incorporating facts and history into the story, making it all the more real to the reader. She allows the reader to step into the book and live with the characters, feel what they feel and experience what they experience. As a reader, I tend to stick predominantly to historical western (1800s) books, but every now and then I try to branch out and read other subgenres. One thing I love about Linda's books is the fact that I never have to worry about whether it will be good or not, I know for a fact that it will. :)

I adored the World War Two setting, and was immediately drawn into Gene and Viv's story, and followed them through every up and down, and the twists and turns (and boy are there a few twists! You don't want to miss them!) This story is very unique and original, the first of its kind as far as my reader knowledge goes (though I can't name the reason without giving away an important twist 😉). I thoroughly enjoyed reading and living in this one, and truly look forward to reading book 2!
Read more
Helpful
Comment Report abuse

Venessa Vargas
5.0 out of 5 stars Amazing page-turner!
Reviewed in the United States on December 31, 2016
Verified Purchase
Once again, Linda Ellen has woven historical fiction with a beautiful love story! Her Blue-Eyed Sergeant, is a story that truly transfixed me, not just with her amazing storytelling, but with her ornate descriptions of the historical locations, music, and the times.

Set in the WWII era in Louisville, KY., I found I was immersed in the years I'd pictured when hearing my own family tell stories. That just made this book all the more enjoyable. I just loved imagining the USO girls and the dances, the soldiers at Fort Knox, and the little details like the Burma Shave ads.

I started out as a fan of Louise and Vic, from her previous novels, but now I am adding Vivian and Gene to the mix. She created a whole new group of characters that I've just fallen in love with and can't wait to find out how they are doing in her next books!

I have to say the romance between Vivian and Gene was striking and electric. My heart was just fluttering every time!

There was mystery and uncovered secrets, silly humor with new friends and old, and a surprise around every corner. You'd really be missing out if you pass over this great book! I was lucky to have gotten to read it ahead of time, and can't wait to get to share it with my friends and family!
Read more
Helpful
Comment Report abuse

Rocky Mt. Reader
5.0 out of 5 stars It makes history fun
Reviewed in the United States on February 8, 2018
Verified Purchase
If you’re In the Mood for a walk down memory lane, this book (and series) is for you. It’s the first of 3, and while it’s a fun read on its own, it’s better with #2 and the absolute cat’s meow when you put all 3 together. Set against the backdrop of WWll, the series has history, romance, sacrifice, and a few surprises along the way. Chances are you’ve heard about those days from your parents or grandparents, or at the very least studied them in history class. Well, these books will make that history come alive. Immersed in these realistic and historically accurate accounts, you’ll feel like you’re right there experiencing all the ups and downs of the Greatest Generation.
Read more
Helpful
Comment Report abuse

M.Moore- Ca. USA
5.0 out of 5 stars Her Blue-Eyed Sergeant
Reviewed in the United States on January 31, 2017
Verified Purchase
I just finished reading this, the newest book by Linda Ellen. I really enjoyed everything about this book. My only disappointment is that the next book in the series isn't out yet! There was everything you would want in a great book; romance, mystery, struggling characters and a very happy ending. I'm now going to start reading, "Once In A While" if it's anything like this book, I know I'll love it!
Read more
One person found this helpful
Helpful
Comment Report abuse
See all reviews