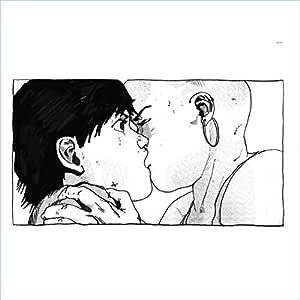 Toronto born, Berlin based DJ/producer Nathan Micay (formerly Bwana) will release his highly anticipated debut album, Blue Spring, via LuckyMe.The impeccable craft found in the huge past anthems that fuelled his rise is still present, but Micay has upped his own ante; a prodigious and natural creator, this is his best work yet. Highly melodic with complex but spacious sound design,this inspired work is a technicolour ride across sub bass, celestial future breakbeat, drum-roll-fuelled dancefloor rollercoasters, soaring euphoria, otherworldly soundscapes, weightless sino and even a bit of ¾ time. Micay has found a sweet-spot between prog, trance, techno, hardcore, jungle, IDM and ambient, in a renewed twist on the magic mix that birthed Future Sound of Londons hybrid classic Accelerator.To create the album artwork, Nathan wrote a script outline, which was adapted by Peter Marsden into a comic, in turn illustrated by Dominic Flannigan, in tribute to the highly-influential Manga artist Katsuhiro Otomo. The comic sees a young data miner rebel by attending a rave in the woods with her friends, only for the event to be broken up by the ranks of a futuristic police state. Blue Spring is the start of the revolution.With unnamed album tracks having already appeared on multiple RA mixes, Essential Mixes, Boiler Room sets, festival stages and dancefloors, music from this album has stealthily been whipping electronic music fans into a frenzy for some time, most notably in countless Shazams and posts on the Identification Of Music Facebook group. He has released on Whities and ESP institute, plus Aus, Cin Cin, and LuckyMe under his former alias, Bwana.