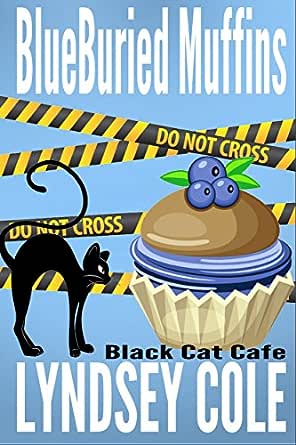 You've subscribed to Black Cat Cafe Cozy Mystery Series! We will preorder your items within 24 hours of when they become available. When new books are released, we'll charge your default payment method for the lowest price available during the pre-order period.
Update your device or payment method, cancel individual pre-orders or your subscription at
Your Memberships & Subscriptions
There was an error. We were unable to process your subscription due to an error. Please refresh and try again. 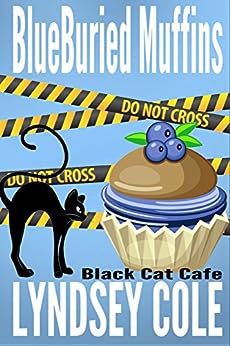 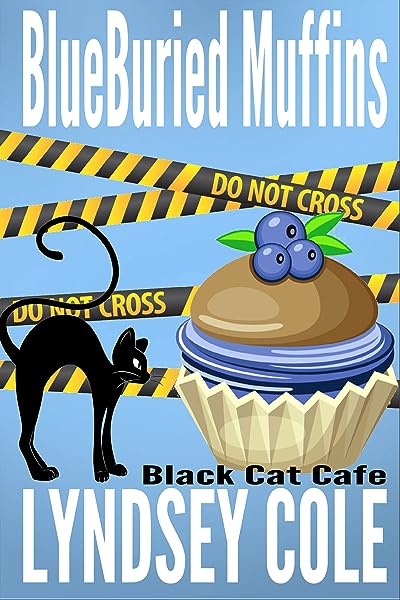 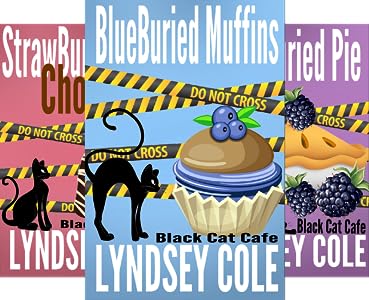 4.4 out of 5 stars
4.4 out of 5
592 global ratings
How are ratings calculated?
To calculate the overall star rating and percentage breakdown by star, we don’t use a simple average. Instead, our system considers things like how recent a review is and if the reviewer bought the item on Amazon. It also analyzes reviews to verify trustworthiness.
Top reviews

viviennevinyl
1.0 out of 5 stars Improbable
Reviewed in the United States on August 28, 2017
Verified Purchase
Now, to be fair, I only read to Chapter 5, so maybe it gets a lot better after that. I wanted to read a light mystery at bedtime, one that wouldn't give me nightmares. This book filled the bill there, but the storyline defies all logic. The story starts with the main character, Annie, hastily and secretively leaving her boyfriend and running back to her little hometown. She decides to work with her beloved aunt - but apparently one with whom she keeps in no contact, since the aunt seems clueless about the boyfriend, etc. - who is opening a new bakery. When she goes into the new bakery early the next day, she finds a dead body. And who is it? The boyfriend she was running from. When the police arrive and ask her why she left and if she thought he was doing something illegal, she apparently truthfully and vehemently says no, but then confides to her aunt that he was getting threatening phone calls. When the aunt expresses some concern for her safety, she just casually blows her off. Huh? After her very brief interrogation by the police, she and her aunt go to a local animal rescue to walk dogs. Seriously? Your boyfriend has just been found dead in the morning, and by afternoon you're offering to volunteer at the rescue?!? But it gets better: then the aunt wants to go back and visit her bakery, a.k.a. the scene of the crime, to see if the police have finished, so that they don't lose a whole day of baking! Yup, that would be my main concern after finding a bloodied dead man in my shop. I guess if you can suspend all belief, and think that anyone would actually act this way, there might be an eventual good story. I wasn't looking for true crime here - just a little light whodunnit - but I didn't think I could take 1,800 pages of completely nonsensical behavior.
Read more
23 people found this helpful
Helpful
Comment Report abuse

Amazon Customer
3.0 out of 5 stars Blueberried Muffins with a Lack of Nourishment.
Reviewed in the United States on June 28, 2015
Verified Purchase
This book is rather like fast food in that you want it, it tempts you, yet it failed to deliver real satisfaction. There were elements in the plot that could have been interesting had the tale been elaborated upon.

It was odd as there was no real opening to the story and certainly no finish. It just launched in with story and no scene setting, no explanation of what was going on, and ended just as abruptly. I feel there could have been more description in the entire story too. Nothing was fleshed in and that's a shame.

The unrealistic plots and hanging questions of hinted at issues is never developed. It is a shame. It had the bones of a good story.

The characters were not developed enough to give any sustained interest in them.

I still think the author has basically a good story, but perhaps should have developed it all more before publishing.

Kindle Customer
3.0 out of 5 stars Just an okay read
Reviewed in the United States on June 13, 2016
Verified Purchase
I wasn't sure whether to give this book a 2 or 3 rating. The premise was a good one but the story lacked substance. The heroine, Annie, shows up in her hometown two years after she flees her hometown and is welcomed back as if nothing happened. Her ex- boyfriend ends up dead in the cafe where she's working and her reaction? Make coffee until she can make sense of it. Luckily, someone show up who's smart enough to call the police. Annie's only emotion--shedding a single tear. Even when she's describing a new recipe based on something her ex-boyfriend's son liked (and food is a big part of this book) she never considers what the little boy must be feeling.

As the story progresses, there were times I had to go back and reread pages because I always felt like I was missing a big part of the plot. It was pretty evident who the murderer was but the reason behind it was lame.

The interactions between the characters was confusing. There's a backstory to Annie's relationship between her mother and aunt that's not fully developed although a discerning reader can quickly figure it out quickly. Annie can't stand her father who is mean and seemingly spiteful....I couldn't figure out why he's always so angry with her or why her mother stays with him. One of several mysteries never resolved in this book.

This was a free book and I saw Books 2 and 3 on Kindle Unlimited so I will probably read those. I'm hoping the story lines improve and the author develops the characters further. Even with the problems I've mentioned, it was an okay book and an easy read when I need something to do while on the treadmill.
Read more
20 people found this helpful
Helpful
Comment Report abuse
See all reviews

Amazon Customer
1.0 out of 5 stars Wish I hadn't bothered...
Reviewed in the United Kingdom on April 16, 2019
Verified Purchase
This is really badly written. Almost childlike. There was no character development and I just didn't care enough about any of them.
The ending was rushed and might as well have read, "and she woke up and it was all a dream".
I also couldn't understand how everyone was able to just let themselves into this girl's apartment and she never once asked how they got in. Did the whole town have keys cut???
Really, a bit boring. And the fact that all these 'druglords' were going batsh*t crazy over...
...wait for it...
...'pot', is just laughable!
And are we really supposed to believe these hardened criminals and a murderer would all make their confessions to these women, running a coffee shop? Really? 😕
Won't bother with anymore in this series...
Read more
Report abuse

Kindle Customer
5.0 out of 5 stars For the days you just want a easy read
Reviewed in the United Kingdom on October 14, 2017
Verified Purchase
A good light read that you can tuck yourself away with if you don't want anything too exhausting. Okay there might be some errors but I have read far worse. Running home when you are scared is normal but being followed is not. A dead body, family conflict, lies and betrayal dog her steps. Will she fond out who the killer is before it's too late. A nice, don't think too hard cozy.
Read more
One person found this helpful
Report abuse

noddy
1.0 out of 5 stars gave up partway through
Reviewed in the United Kingdom on May 29, 2017
Verified Purchase
Goodness this book seemed to go on forever, but it was only about 200 pages long, felt like 2000. I admit to giving up partway through because I had convinced myself I know who the murderer was so I'll never know if I was right! Don't fancy reading any more in this series.
Read more
One person found this helpful
Report abuse

Angela murray
5.0 out of 5 stars Blue buried muffins
Reviewed in the United Kingdom on June 8, 2019
Verified Purchase
Blueberried Muffins is a fast paced easy reading cosy murder. I would definitely recommend this book and will definitely be reading more by Lyndsey Cole
Read more
Report abuse

judyb
5.0 out of 5 stars Mouth watering mystery
Reviewed in the United Kingdom on February 16, 2019
Verified Purchase
A fun read with lots of delicious sounding food. I was kept guessing right up until the end for the bad guys. I look forward to reading more by this author
Read more
Report abuse
See all reviews