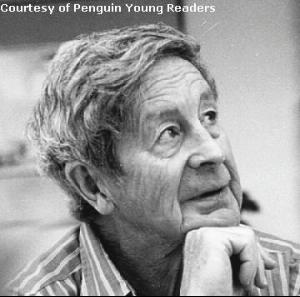 by Robert McCloskey (Author)
4.9 out of 5 stars 3,240 ratings
Teachers' pick
See all formats and editions
Sorry, there was a problem loading this page. Try again.

What happens when Sal and her mother meet a mother bear and her cub? A Caldecott Honor Book!

Kuplink, kuplank, kuplunk! Sal and her mother a picking blueberries to can for the winter. But when Sal wanders to the other side of Blueberry Hill, she discovers a mama bear preparing for her own long winter.  Meanwhile Sal's mother is being followed by a small bear with a big appetite for berries! Will each mother go home with the right little one?

With its expressive line drawings and charming story, Blueberries for Sal has won readers' hearts since its first publication in 1948.


"The adventures of a little girl and a baby bear while hunting for blueberries with their mothers one bright summer day. All the color and flavor of the sea and pine-covered Maine countryside."—School Library Journal, starred review.
Read more
Previous page
Next page

Kuplink, kuplank, kuplunk go the blueberries into the pail of a little girl named Sal who--try as she might--just can't seem to pick as fast as she eats. Robert McCloskey's classic is a magical tale of the irrepressible curiosity--not to mention appetite--of youth. Sal and her mother set off in search of blueberries for the winter at the same time as a mother bear and her cub. A quiet comedy of errors ensues when the young ones wander off and absentmindedly trail the wrong mothers.

Blueberries for Sal--with its gentle animals, funny noises, and youthful spirit of adventure--is perfect for reading aloud. The endearing illustrations, rendered in dark, blueberry-stain blue, will leave you craving a fresh pail of your own. (Picture book)


"The adventures of a little girl and a baby bear while hunting for blueberries with their mothers one bright summer day. All the color and flavor of the sea and pine-covered Maine countryside."—School Library Journal, starred review.

Robert McCloskey (1914-2003) wrote and illustrated some of the most honored and enduring children's books ever published. He grew up in Hamilton, Ohio, and spent time in Boston, New York, and ultimately Maine, where he and his wife raised their two daughters. The first ever two-time Caldecott Medal winner, for Make Way for Ducklings and Time of Wonder, McCloskey was also awarded Caldecott Honors for Blueberries for Sal, One Morning in Maine, and Journey Cake, Ho! by Ruth Sawyer.  He was declared a Living Legend by the Library of Congress in 2000.  You can see some of his best-loved characters immortalized as statues in Boston's Public Garden and Lentil Park in Hamilton, Ohio.
Read more

John Robert McCloskey (September 15, 1914 – June 30, 2003) was an American writer and illustrator of children's books. He both wrote and illustrated eight picture books and won two Caldecott Medals from the American Library Association recognizing the year's best-illustrated picture book. Four of those eight books were set in Maine: Blueberries for Sal, One Morning in Maine, Time of Wonder, and Burt Dow, Deep-water Man; the last three all on the coast. His best-known work is another of the picture books, Make Way For Ducklings, set in Boston. In longer works, he both wrote and illustrated Homer Price and he illustrated Keith Robertson's Henry Reed.

Bio from Wikipedia, the free encyclopedia.

Amazon Customer
5.0 out of 5 stars Kuplink, kuplank, kuplunk!
Reviewed in the United States on September 14, 2020
The buildup and mixup of the mother-and-child pairs was playful as much as it was tense, and gentle as much as it was exciting! I thoroughly enjoyed the story, so thoughtful in prose and so precise in page design... There was one page at the beginning of the story where both Sal and her mom are looking directly at the audience. It was the only page that did that (besides the front cover actually) and I wondered what Robert McCloskey tended by it? Inviting us into the story? Whatever the purpose, it stuck out to me since I’m currently changing some illustrations for the particular reason of keeping the storyline moving between the characters...I smile to myself because I wonder if Robert McCloskey would want to change that? And I smile even more when I think about how we all would want to change something about our stories once they’re published. Right? Of course, this book is perfect just as it is, just as all our books are once they’re published, because they’re the best of what we have to offer in that moment of time. This book has won my heart just like it has won hearts since 1948...
Images in this review

Marie
4.0 out of 5 stars Good classic
Reviewed in the United States 🇺🇸 on January 21, 2023
Verified Purchase
This book is a classic and it was nice to be able to find /purchase it here. My kiddos loved it and it’s going to be one that we keep for a long time. Good price good read
Read more
Helpful
Report abuse

Lucky Jack
5.0 out of 5 stars Adorable and timeless
Reviewed in the United States 🇺🇸 on January 16, 2023
Verified Purchase
One of my favorite books. A staple for every child's library.
Read more
Helpful
Report abuse

Sherry Green
5.0 out of 5 stars Great read
Reviewed in the United States 🇺🇸 on November 21, 2022
Verified Purchase
My granddaughter loves blueberries and loves me to read this to her I will put her name in place of Sal and she gets so excited! Great book
Read more
Helpful
Report abuse

EricaJ
5.0 out of 5 stars Surprise Hit
Reviewed in the United States 🇺🇸 on November 23, 2022
Verified Purchase
My 2 year old loves this book! I took a chance and it’s become one of the core books in our collection.
Read more
Helpful
Report abuse

K
5.0 out of 5 stars Perfect condition and right on time
Reviewed in the United States 🇺🇸 on November 21, 2022
Verified Purchase
The book came in pristine condition. It is a beautiful printing of this story. Good one to buy.
Read more
Helpful
Report abuse

Ilana
4.0 out of 5 stars Sweet and with a strong female toddler protagonist!
Reviewed in the United Kingdom 🇬🇧 on April 6, 2017
Verified Purchase
I was looking for 'feminist' pre-school books - ones with strong female characters and lack of stereotyping. Despite being very old, this book fits the bill. The phrasing and length isn't the most compelling thing for a modern audience but my children (2 and 4 years) liked it and wanted to go back to it. Sal wears dungarees and goes wandering off behind bears and both human characters are female so it's a good addition to the feminist pre-school bookshelf to try and redress the balance somewhat!
Read more
3 people found this helpful
Report abuse

Sandy
5.0 out of 5 stars A lovely book
Reviewed in the United Kingdom 🇬🇧 on August 15, 2021
Verified Purchase
A lovely book with the charm of the olden days. Lovely illustrations as expected and a good quality paper! Would love to collect more in this genre! I love how this subtlely speaks of how we share resources with other creatures! A lesson we certainly we need to learn and teach the younger ones.
Read more
Report abuse

Betty
3.0 out of 5 stars Lovely but not a hit
Reviewed in the United Kingdom 🇬🇧 on October 28, 2015
Verified Purchase
I have no childhood connection to this book, just bought it randomly. Lovely little story and nicely illustrated, but a little long. Failed to become a favourite or asked for book of either a 2 or 5 year old.
Read more
Report abuse

Old Cape Coder
5.0 out of 5 stars A true classic told by the master of New England children's books.
Reviewed in the United Kingdom 🇬🇧 on March 2, 2019
Verified Purchase
Little Sal and Little Bear mix up their mothers on Blueberry Hill! McCloskey has perfectly captured the innocence and drama of the little girl and the little bear and the grandeur of the great outdoors. He also reminds us that we share nature with other creatures.
Read more
Report abuse
See all reviews