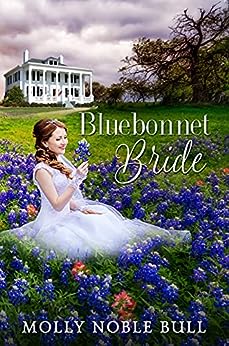 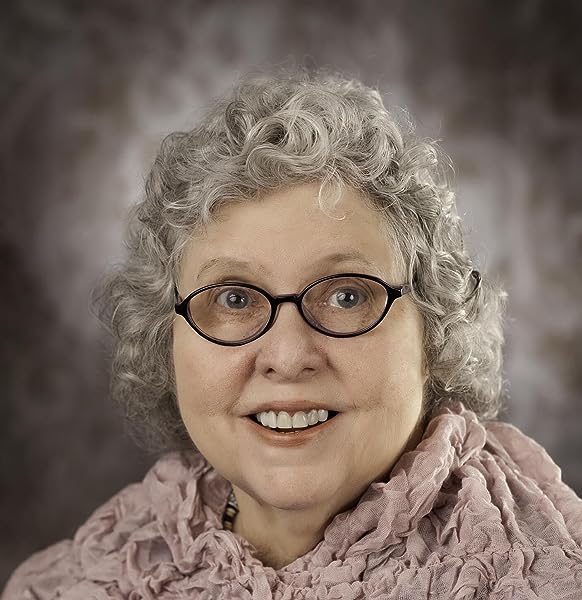 Mimi
5.0 out of 5 stars A good clean romance
Reviewed in the United States on September 3, 2021
Verified Purchase
Blue Bonnet Bride

Being from Texas myself, I loved being able to identify with the vivid descriptions provided by Molly Noble Bull. The book takes the reader to several destinations in Texas, especially the Hill Country, which enriches the story setting. From there, the reader will visit stunning settings in Colorado. This is a well thought out drama of romance full that is full of twists and surprises all along the way. The background of the characters is slowly revealed in surprising ways that will keep a reader turning the pages.

Overcoming childhood challenges of dyslexia, Gina achieved her PhD and longs to fulfill her lifelong dream of helping others. She and her business partner desire to establish a learning center to assist others with learning disabilities and challenges that she faced early in her life. This part of the book is uplifting for those who experience learning challenges themselves and also for parents of children with these learning issues.

The most interesting parts of the book begin when she accepts a summer tutoring job for a teen who also has issues with her own father. These issues go from smoldering to explosive and are later resolved.

In addition to the romance of the main characters, Gina’s mother also finds an unanticipated love interest.

One of the main characters whose faith is in hibernation benefits from the strong faith of the other main character. (Not wanting to spoil by naming which characters!)

This story will be a great read for Christian readers who enjoy clean romance and redemption wrapped into the package of a quick read novel. I recommend this one!
Read more
Helpful
Report abuse

Eileen B
5.0 out of 5 stars Tradition. Faith. Hope. Love. Family. Encounter Unconventional. Intellect. Grief. Independence.
Reviewed in the United States on June 29, 2021
Molly Noble Bull’s newest novel, Bluebonnet Bride is set in both the beautiful and wonderful Texas Hill Country, especially Austin, San Antonio, and Hill River, and the amazing and magnificent Rocky Mountains near Durango, Purgatory, and Silverton, Colorado.
Mrs. Bull writes characters who have depth and ability to change and grow. Her characters are real and have challenges to overcome, especially dyslexia and grief. Amanda, the main youth character of this novel, not only has to deal with grief of her mother’s death but also the challenges of dyslexia. Steve, Amanda’s father, deals with grief of his father’s death, ex-wife’s death, and lost dreams. Gina, the tutor hired for Amanda by Steve, deals with mental challenges and dyslexia and helping supervise Amanda while Steve is away with business.
At the heart of this novel is faith in God through Jesus Christ and the transformative ways God works all things together for good. Gina’s strong faith and Steve’s weakened faith in God clash, repel, and reform as they navigate the summer of attraction, passion, and forgiveness.
I was given the delight of reading this novel in exchange for an honest review.
Read more
One person found this helpful
Helpful
Report abuse

Beth Westcott
4.0 out of 5 stars Is fulfilling her dream worth the risk she's taking with her heart?
Reviewed in the United States on June 30, 2021
Dr. Gina Hollister dreams of building a learning center for children with problems near Hill River, Texas, but she and her partner Nicole are unable to get the financial backing they need. Gina tutors 14-year-old Amanda Bryson, who is dyslexic and has recently lost her mother. When Amanda must travel to Colorado with her father for the summer, Steve Bryson hires Gina to go with them to continue tutoring Amanda, and he promises to supply the funds for building the learning center. Gina is attracted to Steve, but she isn’t sure she can trust him, a wealthy businessman with the reputation of a womanizer, but she agrees to go with certain rules in place. Gina herself is dyslexic and carries with her the wounds of childhood mockery for her learning difficulties and clumsiness. Steve’s confidence, smile, and the doubt he expresses about Gina’s ideas and teaching methods bring Gina’s wounds to the surface. And Steve isn’t a fan of Bible thumpers--Christians like Gina. I received an advanced reader copy of this book with no expectation of return.
Read more
Helpful
Report abuse

Ann Ferri
5.0 out of 5 stars Outstanding read!
Reviewed in the United States on June 29, 2021
This is a beautifully written book that hooks you on the first page. The author brings the story to life with her words, you feel like you are there. It's a clean inspirational romance that has just the right amount of twists and turns to keep you turning the pages. This book was an absolute joy to read.
I received a complimentary copy and was not required to write a review. All opinions expressed are my own.
Read more
Helpful
Report abuse

Linda A W
5.0 out of 5 stars AWESOME BOOK AND AUTHOR
Reviewed in the United States on June 26, 2021
I enjoyed this book very much, although, Gina and Steve sometimes irritated me! LOL I highly recommend this book and author! An amazing Christian book!
Read more
One person found this helpful
Helpful
Report abuse

Andrea L. Stoeckel
1.0 out of 5 stars Utter claptrap
Reviewed in the United States on September 25, 2021
I'm sorry such well written reviews reflect the same book I just abandoned. Generational psychic abuse may be great foundation for some readers, but certainly not this one . DNF abandoned 1/5
Read more
Helpful
Report abuse

Samantha Alfrido Carrales
5.0 out of 5 stars Love it!
Reviewed in the United States on August 18, 2021
I have started the book and I love it already Gina is an amazing personality.
Read more
Helpful
Report abuse
See all reviews

Tags that will help you discover similar books. 5 tags
kindle unlimited eligiblecontemporarybillionairesromanceliterature & fiction
Results for:
Page 1 of 1Start overPage 1 of 1
Previous page
Next page
Where do clickable book tags come from?
Book tags are created from a variety of sources, some of which are customer-generated. Amazon is not legally responsible for the accuracy of the tags represented. If you are an author or publisher and would like to remove a tag associated with your title, please contact your vendor manager or publisher support team.
Back to top
Get to Know Us
Make Money with Us
Amazon Payment Products
Let Us Help You
EnglishChoose a language for shopping. United StatesChoose a country/region for shopping.
© 1996-2021, Amazon.com, Inc. or its affiliates