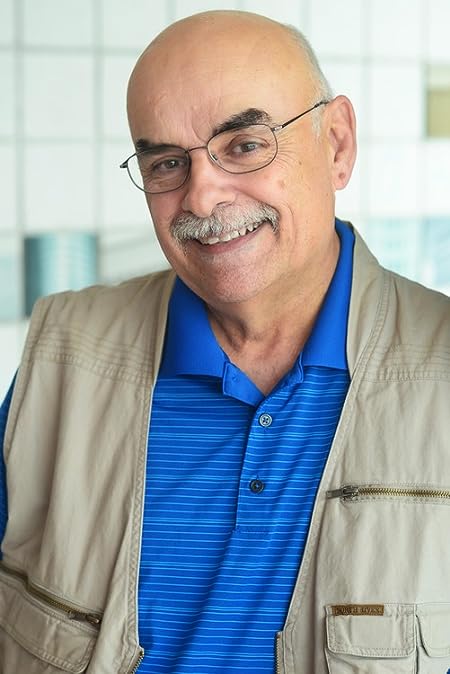 A native of Pittsburgh, PA and a hardcore Pirates and Steelers fan, Bob began in radio career in 1972 and worked all over the western US, several times in the L-A market. He's currently a news anchor at CBS Radio LA; KNX 1070 News Radio.

Bob has won multiple broadcast awards including an Edward R. Murrow Award (among others) for anchoring KNX's storm coverage in 2011.

A baseball historian, Bob writes the very popular weekly column found at www.baseballinthe1960s.com. He also is a podcaster who has teamed with former NFL Quarterback Erik Kramer for a weekly Fantasy Football Podcast called Kramer and Brill, which can be found where ever you get your podcasts or at their website www.kramerandbrill.com. Both are always posted on Facebook as well as Twitter.

Bob made his mark with the UPI Radio Network when a gunman went crazy in a San Diego fast food restaurant and Bob covered the story. It was his first big break. He later became a UPI National Correspondent and Bureau Chief. He has interviewed presidents, covered Super Bowl games and Hollywood as well as major news stories.

He lives in L-A. He has survived earthquakes and a beating during the 1992 L-A riots while covering the story, which was recorded on audio tape.

Bob is considered to have an excellent voice and has not only done many voice overs and radio spots, he's starred in television commercials. Bob authored "Fan Letters to a Stripper: A Patti Waggin Tale" from Schiffer Publishing and "NO BARRIER: How the Internet Destroyed the World Economy." His third book "Al Kabul; Home Grown Terrorist" is sure to be a controversial novel as well as a great read. "Lancer; Hero of the West - The Prescott Affair" is the first in a series of western novels set in the 1880's, centering on the central figure; Lancer. Lancer is a gun for hire, good guy, who works the West out of Tombstone. 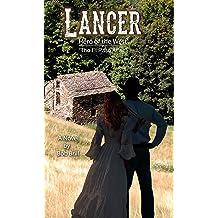 Lancer; Hero of the West : The El Paso Affair Mar 11, 2018
by Bob Brill
( 3 )
$3.99
Lancer; Hero of the West is a good guy gun for hire who works with the law, not against it. In this fourth adventure in the series, Lancer travels to the bustling town of El Paso, Texas. There he helps a local marshal keep the peace while the town awaits the trial of the man who killed a prominent local citizen. The accused is a member of a very powerful and dangerous local family with lots of friends. Lancer has more on his mind as well because as our hero was leaving Tombstone his best friend Wyatt Earp was getting ready for the battle of his life.
Read more
Other Formats: Paperback 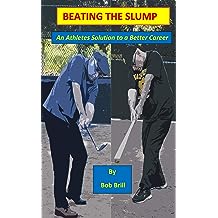 Beating The Slump: An Athletes Solution to a Better Career May 15, 2019
by Bob Brill
$1.99
Every player, whether baseball or golf, falls into a slump. This book teaches you a quick, simple and easy way to get out of that slump right away. Using a method developed during the 1960's and rarely used today, author Bob Brill lays it all out in 37 pages. You don't need to hire swing coaches, or spend thousands of dollars to get your swing back in "focus," you just need to "focus." Using the method the author lays out in this short book, you will be on the right track back.
Read more
Other Formats: Paperback 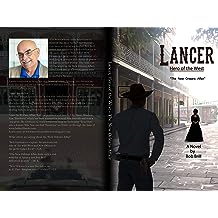 Lancer; Hero of the West: The New Orleans Affair Mar 11, 2019
by Bob Brill
$3.99
In the fifth adventure in the "Lancer; Hero of the West" series of western novels, Lancer is called to New Orleans by an old Civil War colleague who is now a spy and who must unravel what could be an international series of events, leading to war with Mexico. Along the way Lancer meets up with two historical figures and almost loses his life in the process.
Read more
Other Formats: Paperback 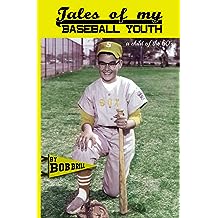 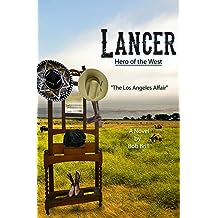 Lancer; Hero of the West: The Los Angeles Affair Jan 24, 2016
by Bob Brill
$2.99
The Los Angeles Affair is the second in the Lancer; Hero of the West series of western novels by Bob Brill. Lancer is a mysterious good-guy gunslinger who hires out to those in need of his services. He solves crimes first by using his wits, the his fists and then and only then, his gun. An excellent marksman, Lancer doesn't lose when the gun is used. Based in Tombstone in the 1880's, Lancer came from the East, a former Union officer. He comes from money so while his fees are high they are not important to him. Justice is. A respecter of women and children and a man "of the law" he is not a lawman.

Lancer is a compilation of the western television heroes of the 1950's and 1960's. Combined with award winning writer Bob Brill's own ideas of what a man of justice of the 1880's should be, Lancer is a man everyone would like to call friend. Women would like to call him more than a friend and they often do.

Lancer, a world traveler, likes the finer things in life but he's not afraid to get down and dirty. Well bred and well read, he often quotes Shakespeare or the great poets and philosophers.

A man of the people, Lancer is someone you'd love to meet and you are certainly glad he's on your side. He has a sweet tooth as well, always carrying in his saddle bags a small box of Turkish Delight.

His great horse Lincoln is a mighty steed and named after the Great American President, Lincoln is as trusted as it gets. A song about Lancer; Hero of the West, written by Oscar and Grammy winners (Al Kasha and Ron Dante) and performed by Dante, can be found on YouTube.
Read more
Other Formats: Paperback 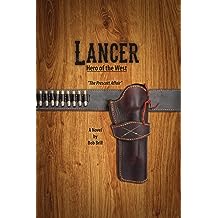 Lancer Hero of the West: The Prescott Affair Mar 24, 2014
by Bob Brill
( 5 )
$2.99
Lancer is a good guy, gun-for-hire in the 1880's who helps those in need. He respects women and children, will work with the law if the law is honest and only uses his lightning quick six-shooter when needed. Brains before brawn, Lancer is a well educated mysterious gunman based in the bustling town of Tombstone. Friends with Wyatt Earp and Doc Holiday, his adventures take him all over the west. Well traveled as well as educated this former Union Army officer takes on injustice and has a good time doing it.
Read more
Other Formats: Paperback 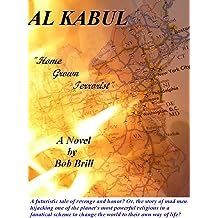 Al Kabul: Home Grown Terrorist May 30, 2012
by Bob Brill
( 4 )
$2.99
When several commercial airliners are brought down on the same day by terrorists in the year 2025 the world is reminded once again of 9-11. It all begins a year before the 25th anniversary of America's worst nightmare delivered by Osama bin Laden. Al Kabul, an American born, home grown terrorist is at the heart of it and plans to strike an even bigger blow to honor Osama. The entire American way of life is in the hands of a special FBI team under direct orders from the President to foil this plan whatever it is. Intrigue, politics and fanaticism are all at play in this futuristic thriller.
Read more
Other Formats: Audible Audiobook , Paperback 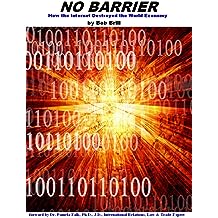 NO BARRIER: How the Internet Destroyed the World Economy Jan 26, 2012
by Bob Brill
( 4 )
$2.99
Despite all the glory and job creation theories heaped as praise on the Internet the fact remains the Internet has destroyed the world business model as we have known it and destroyed many businesses around the world. NO BARRIER takes an in depth and human look at how this happened and why there must be some cost to doing business on the World Wide Web. Well known and award winning journalist Bob Brill takes a deep and sometimes personal look at what the Internet has done and where it still may go as it destroys everything from mom and pop businesses to larger companies and why many of the jobs we've known for so long will never come back again. With a forward by a respected economist, NO BARRIER is must reading for anyone with a business or an interest in the future of the Internet or anyone for that matter who surfs the web. Brill looks into the Napster disaster and the loss of entire industries due to the forces of the web as well as the creation of more industries. Should there be government control or at least restraints on the web? This is the question Brill delves into in exploring what might be called the most dangerous, fraudulent and criminal creating yet dynamic force the planet may have ever known. It is fascinating reading for anyone who has ever bought or sold on line, or whoever had to process an insurance claim on the Internet. It is here and it is not going away. Now the question arises how do you deal with the juggernaut without losing your shirt and everything else you hold dear to you?
Read more
Other Formats: Paperback