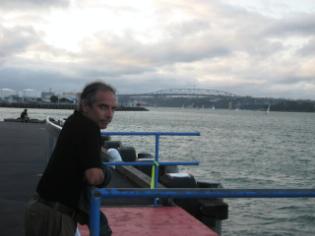 Start reading Bob Dylan and Philosophy on your Kindle in under a minute.

4.6 out of 5 stars
4.6 out of 5
14 customer ratings
How does Amazon calculate star ratings?
Amazon calculates a product’s star ratings based on a machine learned model instead of a raw data average. The model takes into account factors including the age of a rating, whether the ratings are from verified purchasers, and factors that establish reviewer trustworthiness.
Top Reviews

W. G. Mccollom
5.0 out of 5 stars "You know something is happening but you don't what it is!"
Reviewed in the United States on February 27, 2019
Verified Purchase
Most of us start listening to Dylan when we are somewhat "young and unlearned" (Masters of War) and had never heard anyone "tell it like it is" in quite the way that Dylan does. The sixteen essays in this book take different topics from philosophy like authenticity or free will and connect the dots back to different lines in Dylan's songs. The reason Dylan's body of work carries such depth and weight is that he is expressing through song thoughts and feelings that have intrigued thinkers and poets through the years. Remember the answer my friend blows in the Mind!
Read more
One person found this helpful
Helpful
Comment Report abuse

Jeff Suwak
4.0 out of 5 stars Book does what it says it's going to do very well, but I ended up not liking what it was setting out to do
Reviewed in the United States on March 16, 2015
Verified Purchase
So, my feelings on this book were somewhat complex. I'm giving it 4 stars because I think it did what it intended to do, but the problem is that I didn't like what it intended to do! The fact that I didn't like it, though, is no knock against the writers and editors. I just didn't realize how I'd feel until I actually read the book. So, let me explain this convoluted reasoning and rating.

The book does what it says it's going to do. It examines Dylan's work in a reasonably serious way and filters it through the lens of philosophy. In other words, it takes the implications of Dylan's lyrics and explores them in an intellectual sense. It does that admirably. They did take the artist's work seriously and they treated it respectfully. I was afraid the book might be one of those snarky type affairs where they lance the artist with humor and sarcasm. There is one fault I found in this regard, but I'll go into that after my next point.

The thing is, as I read it, I realized that this kind of high intellectual philosophizing and Dylan's music don't mix well for me, personally. I love reading Kierkegaard, Camus, Nietzsche, Sartre, on their own terms, but Dylan is different. The beauty of Dylan's music lies in its mystery. That's where the magic comes from. It is the beauty of dreams, not the beauty of science. In a way, I felt like disassembling his words to try to unearth whatever Dylan's worldview might be was sort of cheapening the art for me.

If you read Dylan's earliest interviews, when he was much less distrustful of the media and a little bit more apt to open up, he actually spoke a bit about his view of the role of the artist, and it was precisely to share a Rimbaud-like, transcendent vision. He was not ever trying to communicate a cohesive political or philosophical worldview, and to approach his music from that direction is to miss out on its greater magic. That's the point I think this book largely missed.

Still, as I said, I give it 4 stars because it's not the book's fault that I ended up not wanting to look at Dylan's music in this way. The book does what it says it's going to do, and it does well.

Sweet Spring Farmer
5.0 out of 5 stars It's more than alright...
Reviewed in the United States on July 9, 2015
Verified Purchase
You don't have to be a student of philosophy to enjoy these sixteen thoughtful and entertaining essays! The authors are often lighthearted, but never lightweight. And the style and format are funny and entertaining, with the essays divided into "Side 1" and "Side 2", and the author biographies titled "The Mongrel Dogs". If you get that, then you'll appreciate this book.
Read more
One person found this helpful
Helpful
Comment Report abuse

M Fendrich
4.0 out of 5 stars One of the better books of this series
Reviewed in the United States on February 24, 2006
Verified Purchase
I have read several of the "Popular Culture and Philosophy" series and this is one of the better ones. That may be because I have been a fan of "all things Dylan" for more years than I care to remember. The chapters are well written and researched and are on topics that actually pertain to Dylan as these writers muse on Dylan's lyrics, writings and statements over the years. The fact that Dylan has changed over the years (maturing as an artist and human being) is readily noted in the book with the attendant fact that this makes it very hard to pin Dylan down on any particular philosophical system. Of course, not being able to "pin him down" is Dylanesque.

Much has been written about Bob Dylan over the years, some good, some horrible. This book would be a good addition to anyone that seriously considers the content and meaning of Dylan's poetry, that is until Bob gives us a philosophy textbook of his lyrics himself.
Read more
17 people found this helpful
Helpful
Comment Report abuse

Hsoj Yensid
3.0 out of 5 stars Good here and there
Reviewed in the United States on June 23, 2006
As a Dylan freak, I thought I would eat this book up like...well, food; I was sadly mistaken. Many of these 'essays' on Dylan's work read like high school term papers (and I am a high schooler, thus I know the general workmanship on said papers!).

They are joyless and often pander to the reader--because, while not everybody understands Camus and Kierkeegarde (I'm not sure if I spelled it right, and am too lazy to check), anybody could make the conclusion that in Dylan's romantic songs (like Don't Think Twice, It's All Right, or Tangled Up In Blue) he is sad, because the love meant everything to him in his life.

It's not hard to read meaning into Dylan's music, but in doing such, this book misses what I feel to be Dylan's point--that everyone should have their own philosophy and be an individual leader. In reading this and writing this, readers are disobeying Dylan's statement: Don't follow leaders.

So, I wouldn't recommend spending the outrageous $ on this book unless you really like people to tell you what they think Bob Dylan was thinking. And since even Zimmy himself can't quite express all his thoughts on life, this book does a poor job.
Read more
11 people found this helpful
Helpful
Comment Report abuse
See all reviews from the United States

Seymore
5.0 out of 5 stars Heavy thinking!
Reviewed in Canada on April 13, 2018
Verified Purchase
This is a surprisingly good book on Mr. Dylan through the lens of philosophy.
Read more
Helpful
Sending feedback...
Thank you for your feedback.
Sorry, we failed to record your vote. Please try again
Report abuse