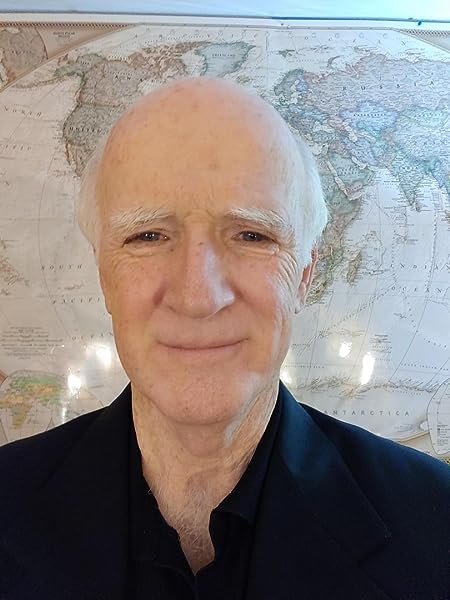 Have served in the local church most of my Christian life. Served as representative of Voice of the Martyrs, visited Communist countries, preached in jails and nursing homes. Been writing for over 20 years, have a facebook and You Tube account, and even a blog at criesfromanongus.com.

Was blessed recently to find that all those old manuscripts lying around my house could be used somewhere. I've created a bunch of books from them ! What a joy. Hope you find them profitable.

Visit me sometime and take a listen at www.sermonaudio.com/aservant70! 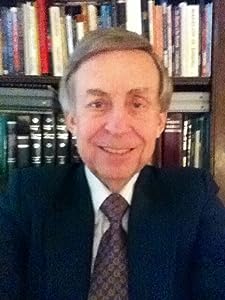 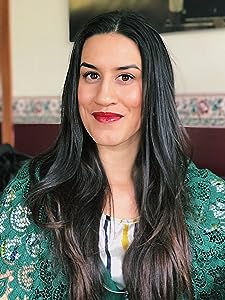 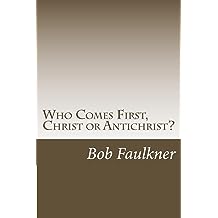 Who Comes First, Christ or Antichrist? Aug 27, 2013
by Bob Faulkner
$1.00
This booklet gives a brief description of the order of events spelled out by the apostle Paul in II Thessalonians 2. Popular theology including movies and books have advanced a theory that simply cannot be supported by apostolic teaching. Here's a look at a 2,000-year-old fact.
Read more
Other Formats: Paperback 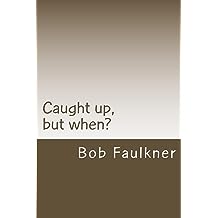 Caught up, but when? Jun 26, 2012
by Bob Faulkner
$1.00
Where did the whole idea of an "escape" come into the Christian church? Surely we escape His wrath, for we are His very own children. But is it possible to escape the promise of Jesus, "You will have trouble in this world" ? I think not. Here's a look at the coming of Jesus, the once-for-all second coming that has been one of the mainstays of God's people from the beginning. In it I trace the beginnings and history of the so-called "pre-tribulation" rapture theory, placed next to the words of Jesus and Paul that cancel it from our thinking. I answer some common questions that arise, and refute the arguments that have been advanced for the "escape." May God give us sober serious hearts willing to count and pay the cost of discipleship.
Read more 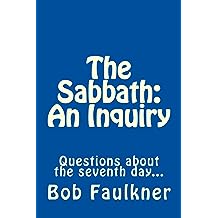 The Sabbath: An Inquiry: Questions about the seventh day... Jun 21, 2020
by Bob Faulkner
$1.00
Some of the cult groups have stolen this doctrine of the church, and made believers afraid even to bring up the subject. But this is a topic that Christians need to check out. Though lacking Biblical support, the idea of a Sunday "Sabbath" has been the default practice among most Christians on the authority of the Roman Church.What happened to the seventh day? Does it even matter? Everyone knows some bona fide Christians who have decided to observe that day, tradition or no. What are they thinking? Come check out the Biblical (Part One) and historical (Part Two) notions that cause many to make this decision or that. Be convinced in your own mind that you have the mind of the Lord in this matter.The final main section of the book (Part Three) is devoted to a study of the Mosaic Law and its implications for the Spirit-born child of God.
Read more
Other Formats: Paperback 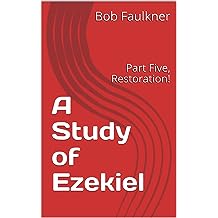 A Study of Ezekiel: Part Five, Restoration! May 26, 2021
by Bob Faulkner
$1.00
The prophet Ezekiel is a messenger of God who receives a supernatural call and ministers for many years in that same supernatural power. He acts out stories, preaches in his home and on the street, visits his homeland in vision.
His message is not only about Israel but about the nations surrounding Israel. Trouble is coming from the north, and no one in the area will be spared. God is angry. Get ready.
But thankfully that is not the end of the story. In this final section of the prophet’s masterpiece, I have collected the good-news messages. No less than eleven full chapters and parts of seven others are given to the restoration of Israel. Things will not always be doom and gloom, although doom and gloom are on the horizon in Ezekiel’s day, for sure.
But Israel will be restored. The burning question, I suppose the only question we have as we study the following texts is, When? I will attempt to answer that question, one which is not as simple as it sounds. Are these prophecies to be fulfilled in Ezekiel’s day? Or are they still unfulfilled? Or is there a third possibility?
One thing I carry into this portion of the book of Ezekiel is a rock-ribbed belief that, just as the negative angry messages were all fulfilled, so the restoration passages either have been or will be fulfilled. That’s my starting point. God’s Word is faithfully true. 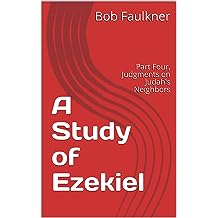 A Study of Ezekiel: Part Four, Judgments on Judah's Neighbors May 8, 2021
by Bob Faulkner
( 1 )
$1.00
These are the judgments of the prophet Ezekiel that are directed to the nations surrounding Israel and Judah. Most of them can be found in consecutive chapters in the book of Ezekiel (25-32), with additional judgments in chapters 21 and 35. I have included also in this part, the mystery of Gog. Judgment is coming to him, but he is not necessarily Israel’s neighbor. His story is in chapters 38-39.
Read more
Other Formats: Paperback 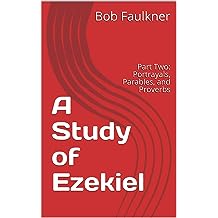 A Study of Ezekiel: Part Two: Portrayals, Parables, and Proverbs Mar 24, 2021
by Bob Faulkner
( 2 )
$1.00
Ezekiel was a most unusual man of God. Yahweh granted to him visual aids and spoken word pictures that grabbed the attention of his audience. I have collected from the book of Ezekiel these communications.
Read more
Other Formats: Paperback 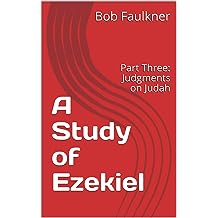 A Study of Ezekiel: Part Three: Judgments on Judah Apr 10, 2021
by Bob Faulkner
( 1 )
$1.00
Part Three of the Ezekiel study covers the series of judgments that God announced through the prophet Ezekiel, upon Judah, Jerusalem, and all Israel.
Read more
Other Formats: Paperback 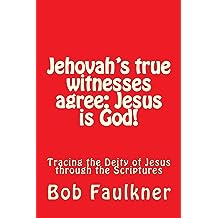 Jehovah's true witnesses agree: Jesus is God!: Tracing the Deity of Jesus through the Scriptures Jun 21, 2020
by Bob Faulkner
( 1 )
$1.00
Many are asking, and I with them, "Who is the antichrist?" A more important question is, "What do you think about the Christ? Whose Son is He?" Jesus asked that question, and answered it. Many times. I try to do the same in this book. I have traced the deity of Jesus from one end of Scripture to the other. This one truth signals the eventual end of Islam, Mormonism, the Watchtower Society, and a whole lot more. We must grasp it!
Read more
Other Formats: Paperback 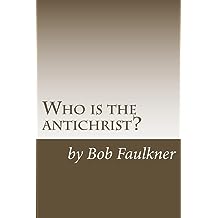 Who is the antichrist? Jun 24, 2012
by Bob Faulkner
( 1 )
$1.00
No need to watch the newspapers daily or theorize about current world leaders. The identity of the antichrist has been hiding in plain sight in your Bible all these years. Let me walk you through a seven-chapter solution to this age-old question.
Read more 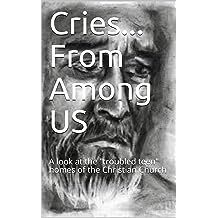 Cries... From Among US: A look at the "troubled teen" homes of the Christian Church Dec 19, 2019
by Bob Faulkner
( 2 )
$1.00
Describing the agonies of the “troubled teen” industry that has existed from the 1960’s to this present hour.
Read more
Other Formats: Paperback 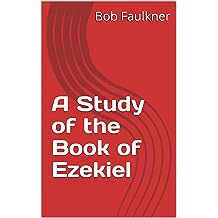 A Study of the Book of Ezekiel May 27, 2021
by Bob Faulkner
$1.00
Here is the complete study of Ezekiel, formerly published in five separate parts. The calling, the miracles, the visual aids, the judgments on Israel and its surrounding nations, and especially the final restoration of the fullness of the Kingdom, are all included in this 480 page volume. The entire book of Ezekiel is covered.
Ezekiel is truly among the most unique of the men of God chosen to speak prophetically to God's chosen nation.
Read more
Other Formats: Paperback 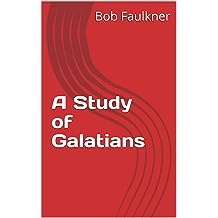 A Study of Galatians Dec 16, 2020
by Bob Faulkner
$1.00
With input from Martin Luther, Harry Ironside, John Macarthur, and others, "A Study of Galatians" is a verse by verse commentary on this letter of Paul the apostle. Luther, John Bunyan, and all who treasure salvation by grace through faith, have honored this 6-chapter treatise of Paul.
Read more
Other Formats: Paperback