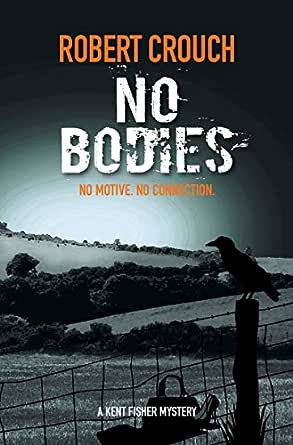 You've subscribed to The Kent Fisher Mysteries! We will preorder your items within 24 hours of when they become available. When new books are released, we'll charge your default payment method for the lowest price available during the pre-order period.
Update your device or payment method, cancel individual pre-orders or your subscription at
Your Memberships & Subscriptions
There was an error. We were unable to process your subscription due to an error. Please refresh and try again. 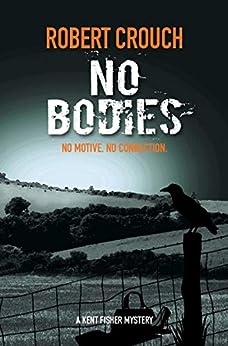 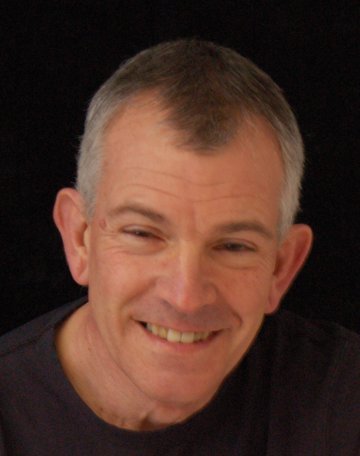 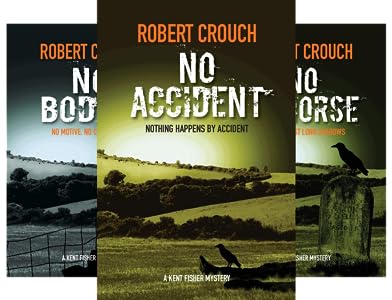 Ali - The Dragon Slayer
4.0 out of 5 stars I enjoyed No Bodies and look forward to catching up with Kent again hopefully.
Reviewed in the United States on October 26, 2017
I read and enjoyed No Accident a little while ago and grew quite fond of Kent Fisher and his sidekick Columbo. So I was pleased to see book two No Bodies arrive fairly quick on the tail.

I seem to recall saying last time that it’s a novel approach having an enviironmental officer involved in a crime situation and this remains so.

Kent is a bit gruff but means well, he is once more asked to investigate a missing woman but surely she has just done a moonlight flit with an undesirable, there can’t be any connection to a different missing person or a murder can there? After all there are No Bodies to substantiate this theory.

Kent also has an animal sanctuary which causes more hassles in his personal life when a youngster who works there becomes ill. Is Kent about to lose everything!? It’s nice to feel a connection to a character and Kent is certainly one who takes a bit of getting used to but his relationship with Columbo shows he is a decent guy underneath all his bluster.

The author has maintained his easy writing style with a mix of humour thrown in, this is a complex who dunnit and I would suggest it is beneficial to read book one first to get background history and make this a more enjoyable/satisfying read.

I enjoyed No Bodies and look forward to catching up with Kent again hopefully.

My thanks to the author and Caroline (Bits About Books) for my copy which I read and reviewed voluntarily.
Read more
Helpful
Comment Report abuse

Kathleen M. Lance
4.0 out of 5 stars A different kind of hero
Reviewed in the United States on May 5, 2018
I received a free copy of this book in exchange for an honest review.

The best part of No Bodies is the development of the character of Kent Fisher. An unlikeable EHO, Kent is impulsive, angry, and stubborn. He jumps to conclusions with little evidence; he is angry with himself, with his deceased father, with his boss, and with the system in general. Fisher stubbornly refuses to accept help when offered and will not speak up about his emotions, especially regarding his partner, Gemma. Kent does have good points, however. He is devoted to his animal sanctuary, never gives up in his search for truth, and truly does care about the people in his life.

There are a myriad of peripheral characters in the book – almost too many to keep track of. Some of these characters are better developed than others. Fisher’s friend Mike Turner, his partner Gemma Dean, and his step-mother Niahm are the best of the secondary characters. Others are stereotypes: Danni Frost the bureaucrat, Alice Hewitt the quintessential housekeeper and Miles Birchill the capitalist. Birchill is something of a puzzle: is he a heartless capitalist or does he care about Kent and Kent’s sanctuary? He plays a large part in Kent’s psyche but his role and his character are vague in book.

On the whole, the book is well-written and readers looking for a different slant in detection will appreciate both No Accidents and No Bodies.
Read more
Helpful
Comment Report abuse

Caroline Vincent
5.0 out of 5 stars Love this detective thriller - comes highly recommended!
Reviewed in the United States on November 7, 2017
In ‘No Bodies’, Environmental Health Officer Kent Fisher experiences a difficult time due to his unrequited love for his beautiful assistant, Gemma, and the death of his father, leaving behind an indebted legacy which makes it necessary for his gorgeous stepmother, Niamh, to move in with Kent. Furthermore, there is a missing wife and a dodgy caterer, and on top of that, a little girl is rushed into hospital leading to allegations against Kent’s beloved animal sanctuary…

The second Kent Fisher detective novel brings us back to the stunning South Downs – I loved reconnecting to Kent Fisher, the stubborn but loveable environmental health inspector who has no problem antagonising about everyone he comes to meet. He is in love with Gemma and I suspect she reciprocates those feelings – why else would she be angry at Kent’s lack of interest? I cannot wait to find out how this plotline will evolve in the next book(s)! The well-written story is fast-paced and left me with more questions with every page turned; needless to say I read the book in one session. What an ending, wow! That promises something for the next Kent Fisher book! No Bodies is an entertaining novel and I loved the references to the classic detectives, such as a housekeeper who looks like she walked “straight out of an Agatha Christie novel,” a dog named Columbo, a mystery to be solved.. to name a few things. I highly recommend the series
Read more
Helpful
Comment Report abuse

Squeaky Joe
5.0 out of 5 stars A darn good read
Reviewed in the United States on December 14, 2017
Environmental health officer and part-time sleuth, Kent Fisher, finds himself caught in the middle of another mystery when he agrees to investigate the disappearance of Daphne Witherington, wife of a family friend. But Daphne isn’t the only missing woman in Downland and Kent is soon rubbing people up the wrong way as he struggles to find a connection in a seemingly unconnected puzzle. And as if that wasn’t enough, he must also contend with an outbreak of E.coli that could threaten the future of the sanctuary, as well as his job…

This is the third Robert Crouch book I’ve read and the second in his Kent Fisher series. As with the first one (No Accident), the story is cleverly told with a well-thought-out storyline. Though a little more complex than Book 1, a bevy of suspects and other disparate characters pepper the plot with a delicious variety of reddish herrings, building to a climax that surprised me, but which also made perfect sense.

Mr Crouch is a great storyteller with a talent for creating memorable characters. ‘No Bodies’ is a darn good read that’ll satisfy anyone who loves mysteries that don’t simply trot out the usual amateur sleuth rituals. I’m looking forward to the next book already.
Read more
Helpful
Comment Report abuse
See all reviews from the United States

Maria
4.0 out of 5 stars No Bodies
Reviewed in the United Kingdom on July 31, 2019
Verified Purchase
If you enjoy whodunnits, especially ones a little bit different with a dollop of humour, this is a series to follow. I would suggest reading the first book, No accident, before this one as it explains the various relationships and this one does occasionally refer back to events in that book.
Kent Fisher is an environmental health inspector, with confused parentage, unrequited love, and an animal sanctuary.
This story opens with the burial of the man Kent believed to be his father. His stepmother who isn't much older than him has since moved in with him. Better still, she's developed a "friendship" with the undertaker. At the funeral, Kent is asked by a family friend to find his missing wife. He later discovers she's not the only wife to have suddenly disappeared, leaving everything behind. At work, Kent's boss, Danni, is looking for excuses to fire him. When things couldn't get any better, a child visiting Kent's sanctuary falls seriously ill and the family are blaming him. The press have got their knives out for Kent and it appears somebody seems to know Kent's every movement.
A fast-paced, fun story with lovely touches of humour. There is a connection between all the above events that ties everything together and makes perfect sense. Kent just has to find that connection.
Enjoyable read.
Read more
Helpful
Sending feedback...
Thank you for your feedback.
Sorry, we failed to record your vote. Please try again
Report abuse

Crime Thrillers are not what I normally read, but this is not a normal crime thriller and the hero, Kent Fisher, if you can call him that is an environmental officer, not a policeman.

Even so he manages to solve the disappearance and murder of several local women, on his own by the power of deduction and without the huge resources that would be available to a police detective.

That he can do this while at the same time fending off attacks directed against him and his animal sanctuary is particularly impressive. I could not work out who the murderer was, but I can't go into details or I will ruin the storyline for any potential reader.

There is what I would call a lingering love interest in the background and if these books develop into a series I hope Kent Fisher's love life will get back on track.

Needless to say I enjoyed this book and would encourage those who enjoy mystery to purchase this latest offering from Robert Crouch. I'm certain you will enjoy it as much as I did.
Read more
Helpful
Sending feedback...
Thank you for your feedback.
Sorry, we failed to record your vote. Please try again
Report abuse