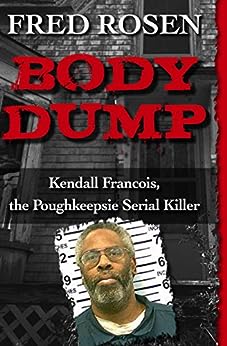 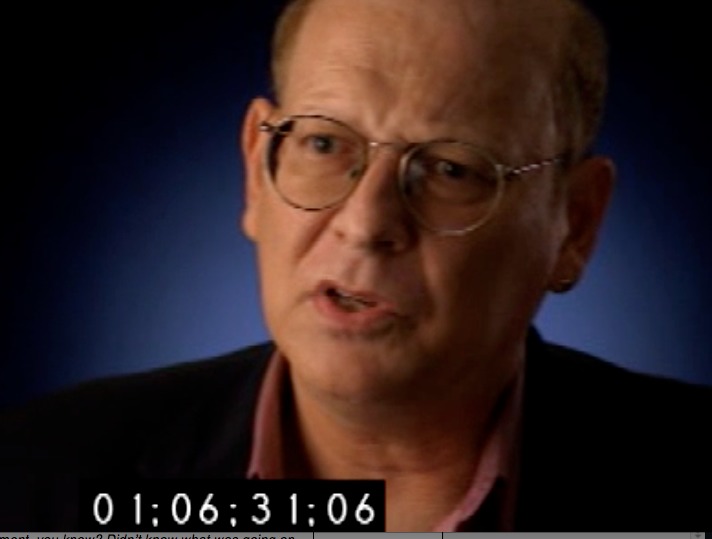 Praise for Fred Rosen
“The one true crime masterpiece I have read.” —The Guardian on Lobster Boy
--This text refers to an alternate kindle_edition edition.

In the late 1990s in Poughkeepsie, New York, the bodies of prostitutes were piling up. Lt. Bill Siegrist knew a serial killer was preying on the women. Determined to stop any further killing, Siegrist followed a trail that led him to Kendall Francois, a middle school monitor with the nickname Stinky, because of his slovenly hygiene. When Francois was finally arrested for his crimes, police found seven bodies in the attic and crawl space of his house, with one woman still missing.

A former columnist for the Arts and Leisure Section of the New York Times, Fred Rosen is a veteran true crime and history author of twenty-four published books.

A native of Brooklyn, he became a writer at about 1 a.m. one night in 1977 at University of Southern California’s film school. Earlier that morning, his editing professor, Ken Robinson, who later edited the film Purple Rain, challenged him. “You’re supposed to be a writer,” he said after sharply criticizing a script Rosen wrote for the class.
--This text refers to an alternate kindle_edition edition.

4.2 out of 5 stars
4.2 out of 5
59 global ratings
How are ratings calculated?
To calculate the overall star rating and percentage breakdown by star, we don’t use a simple average. Instead, our system considers things like how recent a review is and if the reviewer bought the item on Amazon. It also analyzes reviews to verify trustworthiness.
Top reviews

Russell A. Rohde MD
4.0 out of 5 stars Outdoing "Jack the Ripper" and not knowing it!
Reviewed in the United States on August 6, 2002
Verified Purchase
"Body Dump" by Fred Rosen, ISBN 0-7860-1133-5 (ppb), Pinnacle Books 2001 - is a 303 page disquisition by determined writer (6 books) about the life and times of serial killer Kendall L. Francois of Poughkeepsie, N.Y. An additional 16 pages of photos show the victims, crime scene, killer, and forensic principals. A final 9 pages cover some confounding legalities of premature guilty pleading in capital crimes.
The book's presentation is interesting, appearing firstly to be jumping around but the reader discovers this is a likely ploy paralleling the confused thought processes or machinations of Kendall who forgot about one of the eight victims he'd killed and put in his attic. Kendall's M.O. was static, his signature (bathing) intriguing, but his motive elusive and not a factor in conviction, certainly a rarity in itself.
We have opportunity to witness the downside of sovereignty and non-cooperative jurisdiction of Town, City, State and Federal policing authorities until a serial killer is suspected. Rosen took some potshots as: "Law enforcement's continued reliance on the outmoded, ineffectual and unproved FBI serial killer organized and disorganized modality does nothing to help in catching these criminals." But, is this fair game when there are no bodies and no crime scenes?
All in all, I found the book interesting as a recital of an otherwise incongruous story of a killer stashing bodies (unbeknownst to family) in the attic and basement of his parent's home near the Vassar and Marist Colleges in Town and City of Poughkeepsie. Do take the time to read it.
Read more
13 people found this helpful
Helpful
Report abuse

Jenn
5.0 out of 5 stars Body Dump
Reviewed in the United States on August 3, 2020
Verified Purchase
I love the way this book was written and the way it expresses how politics get in the way of actually catching a serial killer. This killer could have been taken in to custody way before he murders more women but the refusal of a search warrant kept that from happening. This one is very sad and made me angry.
Read more
One person found this helpful
Helpful
Report abuse

MizzDe
3.0 out of 5 stars Informative but dry.
Reviewed in the United States on May 17, 2019
Verified Purchase
This book was only ok. The subject was interesting and there were some good points, but at times it seemed to get too caught up in the minor details. I took me quite a while to finish this book because of how boring it could get at times.
Read more
One person found this helpful
Helpful
Report abuse

Kim Bryan
4.0 out of 5 stars Quick True Crime Read on Poughkeepsie Serial Killer
Reviewed in the United States on February 9, 2008
Verified Purchase
In BODY DUMP, readers are introduced to Kendall Francois, an African American serial killer, who killed at least five of Poughkeepsie, New York's prostitutes. Aside from the fact that Francois goes against the standard serial killer ethniticity, his modus operandi also included storing the bodies in the attic and crawl space of his home; despite the fact that he lived with his parents and younger sister (all who claimed to not know of the stored corpses).

This was an interesting and quick read into the crimes of a serial killer. The one disappointing aspect, however, was the limited information provided into the background of Francois. While readers are provided information about his adulthood (mostly following high school), details of his family life were little. Of course, this could be attributed to the fact that the Francois family chose to enter into seclusion following the arrest of Kendall.

This is an interesting read. I would recommend it to fans of the true crime genre.
Read more
5 people found this helpful
Helpful
Report abuse

Patty Fisher
5.0 out of 5 stars To always be aware.
Reviewed in the United States on January 3, 2018
Verified Purchase
Fasinating and frightning. Seems like he is a made up character you really can't beleve the evil monsters are living amongst us. He was all too real.
Read more
One person found this helpful
Helpful
Report abuse

Carolyn D. Taylor
5.0 out of 5 stars Crime next door .
Reviewed in the United States on September 9, 2019
Verified Purchase
Page turning, insight to real crime in a neighbor that one thinks safe.
Read more
Helpful
Report abuse

Kindle Customer
4.0 out of 5 stars Excellent story
Reviewed in the United States on July 5, 2015
Verified Purchase
I enjoyed this story very much and just felt very sad for the victims and the families. Another great book by this fabulous author.
Read more
One person found this helpful
Helpful
Report abuse
See all reviews