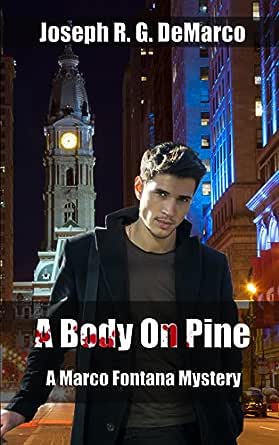 You've subscribed to A Marco Fontana Mystery! We will preorder your items within 24 hours of when they become available. When new books are released, we'll charge your default payment method for the lowest price available during the pre-order period.
Update your device or payment method, cancel individual pre-orders or your subscription at
Your Memberships & Subscriptions
There was an error. We were unable to process your subscription due to an error. Please refresh and try again. 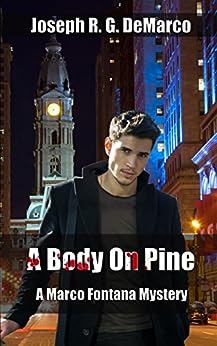 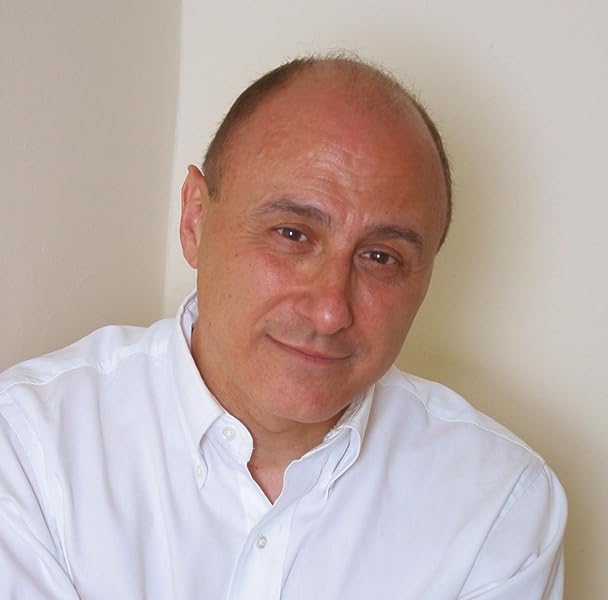 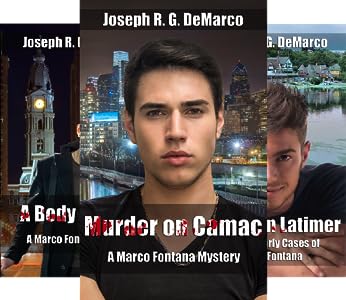 4.5 out of 5 stars
4.5 out of 5
9 customer ratings
How does Amazon calculate star ratings?
Amazon calculates a product’s star ratings based on a machine learned model instead of a raw data average. The model takes into account factors including the age of a rating, whether the ratings are from verified purchasers, and factors that establish reviewer trustworthiness.
Top Reviews

Beach Bum
5.0 out of 5 stars Great Mystery
Reviewed in the United States on August 1, 2011
Verified Purchase
This is the second in a detective series starring PI/male-stripper troupe owner, Marco Fontana. Marco is charismatic, smart, handsome and gay. I found him to be incredibly likeable. This book almost has it all: great writing, a wonderful leading voice, a solid mystery, and colorful side-characters. Just to be clear, this book is not a m/m romance. Marco is a great character and part of what I loved was his vulnerability and a hidden need for security and love. Naturally I found myself wanting that for him. In the first book of the series you have some hope along those lines, but in the current book Marco does a slow self destruct on his closest relationship. His love life is secondary to the plotline, but I still found it painful to watch. Having said that, it's a great mystery series and totally recommended.
Read more
3 people found this helpful
Helpful
Comment Report abuse

Amazon Customer
5.0 out of 5 stars The second is even better than the first
Reviewed in the United States on September 5, 2011
Verified Purchase
Joseph DeMarco is taking his place with the best of gay-centered mystery writers (Josh Lanyon, Neil Plakcy) with this fine series. Marco Fontana is complex, likeable, smart, and (of course) shockingly handsome. The story is, too. DeMarco tosses out situations and details and sets you puzzling to pull them together, just as Fontana does. And, no, you cannot figure it out any faster than the PI. Sometimes in a mystery, clues float by that get missed by the hero but not the reader, and that is always a flaw. Not here. Everything is eventually tucked in, and in ways that the reader suspects but can't quite put together.
The characters are richer than in most mysteries as well. You find yourself caring about what happens to them, especially Fontana. There are great ending hooks for the next in the series when we can hope that the mystery of Galen will get solved and Fontana will get his life in order. Not too much order, though, because I'd had for the series to end at three books.

Petronius
5.0 out of 5 stars Well Written, fun reading
Reviewed in the United States on February 24, 2012
Author Joseph DeMarco takes us into the urban world of Philadelphia's "gayborhood" where gay Private Investigator Marco Fontana solves a triple murder which the local cops have failed to connect as related. Colorful references to Philadelphia's urban center, with an emphasis on the gayborhood, make the pages come to life, as well as the well written characterizations of big city personalities involved in criminal law (on both sides) as well as of people in the local gay institutions. This book is for a fun read, and is definitely well- written escapist literature. I loved the characterizations of Marco Fontana's Russian secretary Olga, as well as the way that the story deftly unfolds skillfully reveling clues. This book is great after a hard day at work or on the beach. I was introduced to the author by a clerk at Giovanni's Room , the gay bookstore this neighborhood, and took a chance reading the author's first book "Murder on Camac" also worth reading.
Read more
One person found this helpful
Helpful
Comment Report abuse

Bob Lind
5.0 out of 5 stars Gay mystery fans have a reason to cheer: Marco Fontana is back on the case!
Reviewed in the United States on May 7, 2011
When gay private investigator Marco Fontana arrives at his friend Brad's spa for his regular massage, he stumbles on a dead body in one of the massage rooms, while the rest of the place is empty. When Brad's body is later found elsewhere, Marco vows to find the killer, and bring justice and closure to Brad's sister, with whom he lived. Aided by his gruff (but incredibly efficient) Russian secretary Olga, a resourceful lesbian computer hacker, his friend Luke, and two of the members of the professional male stripper troupe he manages, Marco gets knee deep in a mixture of dirty politics, closet cases, sleazy internet journalism, domestic abusers, greedy developers and relentless mobsters, with several attempts at his own life when he gets too close for comfort.

In his second book in this mystery series, DeMarco again provides a captivating and complex mystery that will delight purists of the gay mystery genre, for whom pickings have lately been sparse. The characters are colorful yet relatable, the Philadelphia setting perfectly nuanced, and the use of humor and personal emotions perfectly in the mix of a great read. Five stars out of five.

Frank K
3.0 out of 5 stars Promise
Reviewed in the United States on August 4, 2017
I had great hopes for this book based on the reviews,however, the story gets bogged down with a lot of story and not enough substance. All the main characters are beyond hot and the bad guys are ugly etc. Sometimes a few flaws add to the characters but not the case here . I still hope for a few more really good gay mystery writers.
Read more
Helpful
Comment Report abuse
See all reviews from the United States