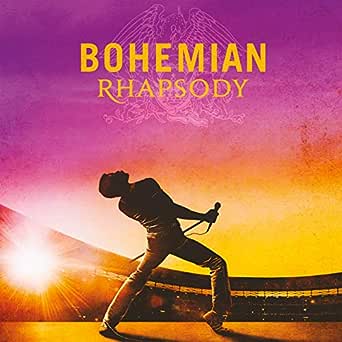 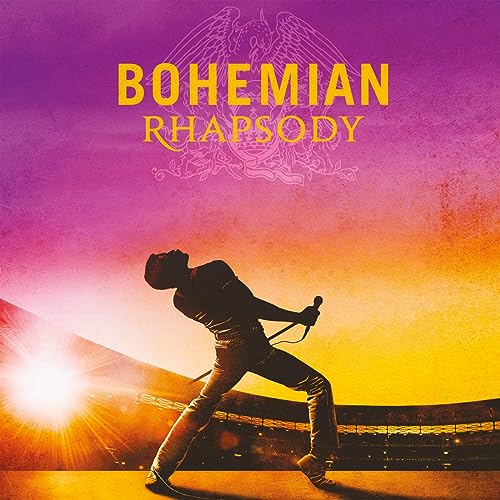 Queen
4.8 out of 5 stars 4,319 ratings
See all 6 formats and editions Hide other formats and editions
Buy the CD album for $10.91 and get the MP3 version for FREE.&nbspCD album ships from and sold by Amazon.com. Terms and Conditions. Does not apply to gift orders. Complete your purchase of the CD album to save the MP3 version to your Music Library.

4.8 out of 5 stars
4.8 out of 5
4,319 global ratings
How are ratings calculated?
To calculate the overall star rating and percentage breakdown by star, we don’t use a simple average. Instead, our system considers things like how recent a review is and if the reviewer bought the item on Amazon. It also analyzes reviews to verify trustworthiness.

Taffey Lewis
4.0 out of 5 stars Well, I've loved a million men in a belladonic haze...
Reviewed in the United States on October 25, 2018
Verified Purchase
This release is a good snapshot of Queen's career with Freddy but shouldn't be considered as a "greatest hits" collection. There are some very interesting alternate versions of some of their most iconic songs and overall it makes for a very enjoyable listen.

I was into Queen from the very beginning and still think their first 2 albums are a couple of the best hard rock albums of all time. Then they lost me when their music started to become increasingly kitschy and cabaret. I still thought it was well done but it was no longer to my taste. The band was by then mostly a vehicle for Freddy Mercury's campy musical vision, although the vastly underrated Brian May did contribute some of their best music, and John Deacon (the George Harrison of Queen), was able to produce a couple of huge hits through sheer perseverance as the odd man out.

I haven't seen the film but from what I've read I think that Sasha Baron Cohen was more on the right track with his more raw version of the film than the band members (May and Taylor) who allegedly wanted to whitewash certain grim truths about Freddy's double lives. I understand that they wanted to respect his legacy, but the circumstances surrounding his death are a huge part of that legacy. The fact that he was gay is of no consequence to me. Freddy was one of the greatest of all time - period, and it was certainly his right to remain secretive up to his death. However, I thought it was sad that he left no cautionary statements about dangerous, irresponsiblesexual behavior in an age when AIDS was already rampant but still misunderstood. I will eventually see the film and I hope my mind will be changed about their version of the band's history. I really want to like it.

But this CD release is all about a lot of great music that the band left behind. I haven't had much interest in the band's various incarnations since then but they are right to continue to perform their music. I think May and Taylor are still "Queen" in the same sense that Daltrey and Townshend are still "The Who" or Lynyrd Skynyrd or any other classic band with 1 or 2 original member. Maybe legally but not really...

Michael Scapp
4.0 out of 5 stars Another greatest hits package?
Reviewed in the United States on October 26, 2018
Verified Purchase
Essentially this is another greatest hits rehash, but also not without a couple of new and exciting tidbits. For instance the CD starts off with the iconic 20th Century Fox fanfare, performed by Brian May and Roger Taylor of Queen. It's a great way to start off the actual film, and this CD as it sets the tone for all things Queen. Another fantastic addition is the first official appearance of a Smile track on a Queen album. Smile was the previous band before Queen which included Brain and Roger. There was a third member named Tim Staffell, he got together with Brian and Roger to give an update to this old classic. They trimmed the song down to just a little over three minutes, and it sounds great. All three Smile members take turns singing lead. The 1978 classic Don't Stop Me Now is revisited here to give it a more heart-pumping update. I'm not sure it needed it, but it's cool to have an alternative rather than the same old rehash.

The CD is long with 22 tracks. The feature that the label is pushing the most is that Queen's Live Aid set is included for the first time officially on a Queen album. They omitted Crazy Little Thing Called Love and We Will Rock You, but WWRY was already featured here in live form already. It sounds really good, much fuller than those old YouTube videos. Maybe they worked on it, adding some things to give it more body. I really don't miss Crazy Little Thing Called Love live, as I don't think it works well for Queen when they perform it live.

They included another three live tracks, one which has never been officially released, Fat Bottomed Girls from their 1979 European tour.
The rest of the tracks are from the 2011 remaster series. So while this is more or less a rehash, it is a bunch more exciting, and its Queen.
Read more
118 people found this helpful
Helpful
Comment Report abuse

Kindle Customer
5.0 out of 5 stars Oh, yeah...
Reviewed in the United States on October 20, 2018
Verified Purchase
It was worth it just for the Live Aid tracks alone.
Read more
70 people found this helpful
Helpful
Comment Report abuse

Michael KernerTop Contributor: Hedgehogs
HALL OF FAMEVINE VOICE
4.0 out of 5 stars Queen: Definitive
Reviewed in the United States on October 20, 2018
There is no question that there are some rock groups that really do stand the test of time, regardless of what is hip in the music industry today. That has definitely been shown with artists like The Beatles, The Who & The Rolling Stones. But in the 70's, there was a void for rock music that spoke of the soul and fire that continues to influence to the hearts of others. Queen was that group that definitely filled the voice and the void. Their reign from the 70's and 80's was truthfully legendary. Freddie Mercury, John Deacon, Brian May & Roger Taylor took the world on a operatic rock ride that still remains a solid staple of what the soul of song could absolutely do. Yet, it is sad though that it has been more than a quarter-century since Freddie passed away from AIDS. But the legacy of Queen still lives on. That can be said with the new Queen biopic and soundtrack to their biggest hit, Bohemian Rhapsody.

Bohemian Rhapsody is definitely a sampler of what made Queen's music so special in the hearts of so many rock fanatics. The songs are definitely worthwhile checking out, and showcases a new appreciation to what Queen was really all about, rocking the world in a way that blew the roofs off of headbangers everywhere. The songs today still stand the test of time, and the soundtrack does leave a few new tricks for hard core fans to desire the soundtrack. The classic Queen songs have been remastered well, and the Bohemian Rhapsody soundtrack does have a few tricks p its sleeve for the hard core Queen fan. There are the classic songs that drove with Queen, Another One Bites The Dust, Crazy Little Thing Called Love, We Will Rock You and their first breakout hit, Killer Queen. Yet, it really is the collection of songs that was taken from Queen's performance at 1985's Live Aid that definitely steals the spotlight on the album. Hearing the medley of driven and hard rock classics is all that die hard Queen fans would desire. The live cut that features songs like Radio Ga Ga and their classic We Are The Champions is what really sells on the soundtrack. Yet, with all the highs, there were a few missed moments for the Bohemian Rhapsody soundtrack. I do wish though that there could've been a few more Queen songs to be included here like Bicycle Race and the original recording of We Are The Champions. That could've definitely been up at the peak the way the British champions had marked their legacy.

Nevertheless, despite a few missed songs here & there, Bohemian Rhapsody is definitely one of the few soundtracks that is absolutely worth checking out in a long while. It really is a great buy, especially if you are tired of hearing the same overdone songs from recent movies like The Greatest Showman and Frozen. If you are a hard core fan of Queen, than you'll definitely want to go back in time and relive the shining vocals of Freddie Mercury and the tales that made Queen want you to break free. If you are new to Queen, I also suggest you buy the album first, than see the film if possible. I feel in love with the shining rock songs all over again, and I know that this is one soundtrack you shouldn't walk away from buying.

MajorFubar
4.0 out of 5 stars Prerecorded cassettes? in 2019? Ok then...let's have a listen
Reviewed in the United Kingdom on August 25, 2019
Verified Purchase
As an ardent Queen fan I bought this cassette version for the collectability value. However, playing it though my 1990s Nakamichi DR1 I was quite surprised to find it is a very honest sounding music cassette, far better sounding than most such examples when the format was mass market.

The tape is not encoded with Dolby NR so obviously the tape hiss is noticeable during quieter passages, but overall the tape is very well duplicated and does not suffer from poor stability or bad frequency response, so often the bane of prerecorded cassettes.

As for the actual recorded material, there is a mixture of familiar studio tracks interspersed with rare live recordings (such as the Live Aid performance), plus the Smile track "Doing All Right", plus a re-recording of "Don't Stop Me Now". To my ears this is a welcome reinterpretation of a much loved Queen classic but no doubt some Queen purists will loath it, uttering phrases about vandalising a Rembrandt blah blah.

A great compilation, and on tape as well! Wow!
Read more
3 people found this helpful
Report abuse
See all reviews