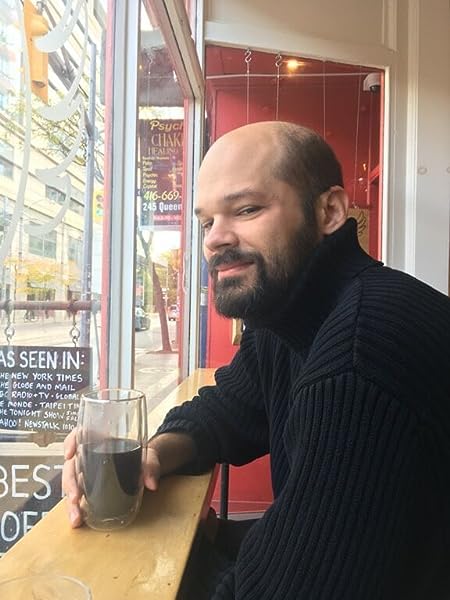 Start reading Boise Longpig Hunting Club on your Kindle in under a minute.

4.4 out of 5 stars
4.4 out of 5
30 global ratings
How are ratings calculated?
To calculate the overall star rating and percentage breakdown by star, we don’t use a simple average. Instead, our system considers things like how recent a review is and if the reviewer bought the item on Amazon. It also analyzes reviews to verify trustworthiness.

Rocky Macy
5.0 out of 5 stars Escapist Lit: A Bounty Hunter with a Conscience
Reviewed in the United States on October 27, 2020
Verified Purchase
Recently while rooting around for something new to read, a book that would draw my attention away from the depressing national political situation while not overtaxing my tired old brain, I came across a blurb promoting a book with the curious title "Boise Longpig Hunting Club" by Nick Kolakowski, an author with whom I was completely unfamiliar. The cover art was just as intriguing as the title, with a diagram of a man whose body had been segmented with lines and titles of cuts of meat, a diagram similar to one a butcher might use.

Drawing on my background as a long-term reader of detective and mystery fiction, I took those two clues, the title and the cover art, and deduced that this book probably had something to do with the hunting of human beings (longpigs) for sport. The blurb that I read advised that the central character was a bounty hunter, and that much of the story centered around weaponry and killing.

Not being a weapons person, and not having been exposed to that type of "literature" since reading a couple of Mack Bolan "Executioner" novels forty (or fifty?) years ago, I decided that "Boise Longpig Hunting Club" might be just the type of mindless, escapist literature that I was seeking.

I ended up getting more than I bargained for.

As the title indicates, this book is set in rural - and very scenic - Idaho. The main character, Jake Halligan, is an Iraq war veteran who experienced way too much horror in his multiple combat tours, and, of course, much of what he experienced in Iraq still resides within him. Jake had been married to Janine, and they have a young daughter, Kelly. As this story unfolds Jake and Janine are trying to resurrect their marriage, and Kelly is out-the picture spending time with Jake's mother.

Jake works as a bounty hunter, an occupation that dovetails nicely with his intense interest in guns and his physical abilities. But even with his military background and his ability to shoot and fight, Jake is not the most interesting person in his family. That honor goes to his older sister, Frankie, a fearsome arms dealer who is not very particular about who she sells weapons to or who she kills. In an early scene in this book, Frankie dispatches a fellow criminal (who had stolen guns from her little brother) to hell with a hand-held rocket launcher.

The triggering incidents in this tale are the shooting deaths of two people, a young man who is found shot to death in a convenience store, and a young woman dead from a single gunshot wound who is found stuffed in Jake Halligan's gun safe. At that point Jake, his ex-wife Janine, and sister Frankie start trying to sort things out, and, in the process they become targets in a very fast-paced game of survival. Before all of the dust settles, there is an abundance of bullets, bombs, bloodshed - and even one very pissed-off rattlesnake!

Okay, the story was definitely escapist, telling a tale that I basically expected with tight writing and quick descriptions - mostly of Idaho scenery and violent outcomes. I did find some things that surprised me, however. Nick Kolakowski isn't a lifetime denizen of Idaho wallowing in the only world he has ever known. The writer is a New York City resident who has visited Idaho and has friends there. He was viewing the locale as an outsider, a person with a cultivated social conscience, but one who definitely knows the terrain and culture where his characters exist.

Early in the book Kolakowski briefly discusses the rural equivalent to "gentrification" which he sees as encroaching on the scenic countryside, often at the expense of families who have lived there for generations. Rich people are pushing in, buying up land with magnificent views, and building "McMansions" which they use to insulate themselves from the poverty and lifestyles of their neighbors. The neighbors will eventually collapse under the weight of the poverty and the drugs that they use to insulate themselves from the pain of the never-ending poverty.

Kolakowski takes readers into one of these McMansions where Jake and Janine have been invited for drinks. Jake notices the expensive security system (to protect the owners from their poor neighbors), the expensive and lightly used accouterments - including an orange Dyson vacuum cleaner parked in a hallway "like a dead droid" undoubtedly so that it would be observed and appreciated like the obligatory paintings and art displayed throughout the show house. In the large attached garage where he was taken to appreciate the owner's mint muscle car from the 1960's, Jake saw a polished cement floor with no oil stains, and three expensive tool boxes. Everything the insecure owners needed to show their wealth was on prominent display.

The author also verbalizes through Jake his dislike of politicians who seek to rob from the poor in order to fund "sweet tax cuts for the rich." He went on "It's amazing how our elected representatives give us new reasons to hate them every year."

If you like seeing corrupt cops - and tattooed Aryan criminals - and the politically and financially privileged get theirs, then this book will probably leave you hugging a warm fuzzy feeling - as it did me - despite all of the blood and carnage. It is redneck, backwoods savagery coated with a thin shellac of human decency. The world is a rotten place, but with Jake Halligan on the case, some good may survive.

Nick Kolakowski did a nice job of creating a bounty hunter with a conscience. I suspect that as the series grows, I will check in on Jake Halligan again.

Kevin Berg
5.0 out of 5 stars Great stuff.
Reviewed in the United States on August 16, 2018
Verified Purchase
Nice quick read. No filler or fluff, but not just gun battles and explosions for the sake of it either. Yes, it's violent, but also very original. So two wins right there. I was pleasantly surprised with the creative elements dropped so skillfully in the writing to make this its own story. The characterization helps solidify the plot and bring you in close to the action, a battle for survival in the most dangerous game. Jake works as a bounty hunter, trying to find a spot where his military skills can translate into a 'real world' job. The memories that haunt him will bring chills, but the accuracy and vivid description of some horrors that are included is pretty damn remarkable. That is a big part of the backstory that lends so much authenticity to the lead character. Then meet his sometimes wife, previous and future, who is also the mother of his daughter. They team up with Jake's sister, the queen badass, who definitely has what it takes to dominate the other side of the law. But new neighbors and old enemies stand in the way of a normal life, the peace and stability that Jake has never had, not to mention the upcoming (re)wedding and a stressful job. Great writing, plenty of surprises sprinkled in with the tense moments, and a story that will make you laugh and cringe and hold your attention throughout. Great stuff.
Read more
2 people found this helpful
Helpful
Report abuse

Jim Thomsen
4.0 out of 5 stars A Calling Card of Better Things to Come
Reviewed in the United States on November 3, 2019
Verified Purchase
Nick Kolakowski’s latest hardboiled tale is BOISE LONGPIG HUNTING CLUB. (I moderately admired his first novella, A BRUTAL BUNCH OF HEARTBROKEN SAPS.) I give him points for being a New York City author who takes on — and pulls off — the challenge of realistically setting a novel in Idaho. Would that more authors made similarly audacious, and authoritative, leaps out of their comfort zones.

Points, too, for writing a pretty good novella, if one for all its audacity with setting, is composed of fairly familiar parts. Jake Halligan is a bounty hunter and ex-soldier with two primary human assets — his almost-not-quite-ex-wife Janine, and his sister Frankie, the local badass-bitch-on-wheels gun runner with a private army and a propensity for creative violence. When they run afoul of the local powers-that-be, the three find themselves the objects of a Most Dangerous Game run by every right-wing rich-guy stereotype you can think up.

It’s all good fun as far as it goes, if a tad light on character depth. It also has a tendency to whipsaw uncomfortably between low-key domestic scenes and high-voltage, high-body-count blowups in a way I found distracting and de-centering..

But the real takeaway is Kolakowski, a writer who in my mind seems to be building up to a breakthrough novel that will get him broader notice. In BOISE LONGPIG HUNTING CLUB, his considerable chops are on full display: crisp pacing, light-on-its-feet action, a deft touch with snarky dialogue, and considerable powers of narrative observation. (“She wore as much black clothing and eyeliner as a high school Goth, and nobody made jokes about it, because she liked to do things like shove pens through necks.”)

I get this funny back-of-the-neck feeling that, like Lou Berney, who followed up two conventional plot-in-a-blender novels with the exquisite and enduring THE LONG AND FARAWAY GONE and the much-praised, Anthony Award-winning NOVEMBER ROAD, there’s a quantum leap in similar quality lying in wait for us from Kolakowski.
Read more
One person found this helpful
Helpful
Report abuse

Amazon Customer
3.0 out of 5 stars Ok.. old plot.
Reviewed in the United States on September 11, 2018
Verified Purchase
No a bad read but I have read better on Amazon Prime free or less than the cost of this book. Author paints a picture of supposedly "High Speed" characters but drops the ball in terms of descriptive terminology.. Pistols and carbines are just not properly visual for most readers of this genre. It needs to be a Glock 35 or an HK 53 etc.. Also got a bit tired of the protagonist's working class hero attitude and the dripping class envy.. Naturally the evil crew were anti gay politicians and evil robber barons. Much better reading out there for me to spend anymore time on Nicks books.
Read more
3 people found this helpful
Helpful
Report abuse
See all reviews
Back to top
Get to Know Us
Make Money with Us
Amazon Payment Products
Let Us Help You
EnglishChoose a language for shopping. United StatesChoose a country/region for shopping.
© 1996-2021, Amazon.com, Inc. or its affiliates