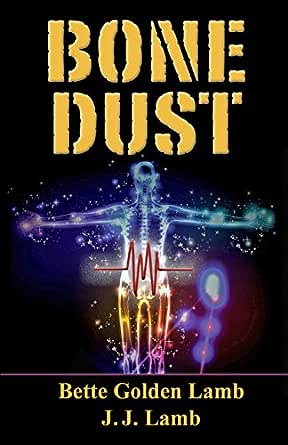 You've subscribed to The Gina Mazzio Series! We will preorder your items within 24 hours of when they become available. When new books are released, we'll charge your default payment method for the lowest price available during the pre-order period.
Update your device or payment method, cancel individual pre-orders or your subscription at
Your Memberships & Subscriptions
There was an error. We were unable to process your subscription due to an error. Please refresh and try again. 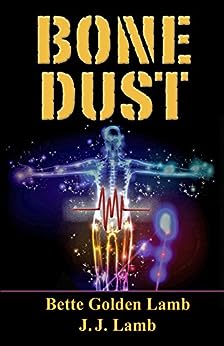 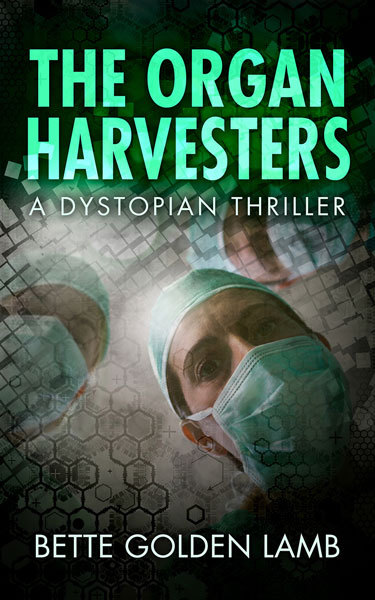 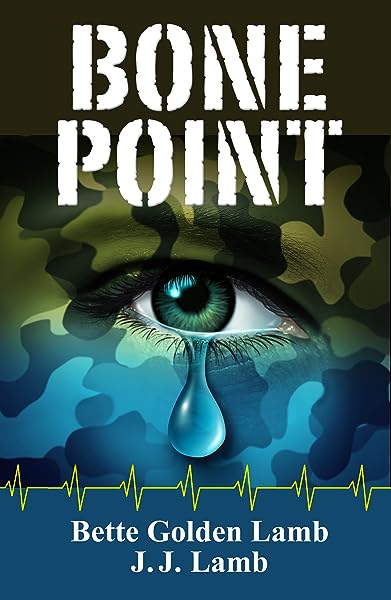 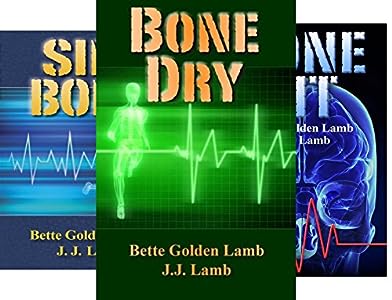 4.0 out of 5 stars
4 out of 5
307 global ratings
How are ratings calculated?
To calculate the overall star rating and percentage breakdown by star, we don’t use a simple average. Instead, our system considers things like how recent a review is and if the reviewer bought the item on Amazon. It also analyzes reviews to verify trustworthiness.
Top reviews

Tiki
2.0 out of 5 stars The novel is billed as a 'medical thriller', I ...
Reviewed in the United States on November 26, 2015
Verified Purchase
The novel is billed as a 'medical thriller', I suppose since it's set in a San Francisco hospital during an outbreak of the flu. The only thrilling part was when I finally finished it. A ridiculously contrived plot line, and the most wishy-washy, whiny, spineless character imaginable. I try to be positive in most of my reviews, but this was not even worthy of a second rate Lifetime movie. Honestly, I'm being generous in giving BONE DUST 2 stars.
Read more
16 people found this helpful
Helpful
Comment Report abuse

Adam Childs
2.0 out of 5 stars Predictable
Reviewed in the United States on August 9, 2016
Verified Purchase
'Medical thriller' this isn't. It is a romance. Multiple characters meeting each other and falling in love within hours, much distracted longing for partners who aren't there, meaningful silences... That said, if you like romances AND you knew that this book is a romance, not a medical thriller, then it's probably an okay book.

After I got over the fact that my expectations had been different, I carried on reading to see why the book had so many 5 stars but I couldn't finish: The characters are one-dimensional (e.g. moody, love-struck females and tall, silent, strong men with sports cars), the plot predictable (bad guys are deranged with mummy issues) and full of coincidences that stretched belief. The tension comes from the usual sloppy police and medical authorities that just wouldn't be the case in the real world.

Again, however, if you like romances, and want a fast, easy read to while away the time - it's probably a 3 or 4-star but for me, 2 is all I can muster.
Read more
2 people found this helpful
Helpful
Comment Report abuse

medfair
4.0 out of 5 stars Nicely paced mystery
Reviewed in the United States on February 17, 2016
Verified Purchase
Gina, an RN at a Frisco hospital, is haunted by her homicidal ex-husband, who already had tried to kill her once. She cannot go on with her life and thus drops Harry, her partner for four years, who is hopelessly in love with her. All that happens on the backdrop of a major flu epidemic and is further complicated by Russel, a psycho phelebotomist trying to silence the voices in his head by bleeding animals and people to death. (The psych 101 efforts to explain insanity and psychopathology are somewhat pathetic.) Things move quite predictably but rapidly towards the conclusion. Not everybody in the book reaches that stage alive, however. On the whole, the plot is rather far-fetched with an unusual density of psychos around our heroine. Moreover, most of the personae are sketchy and two-dimensional. I also shiver when Brad, a possible new man in Gina's complicated life is described as a handsome, suave, sophisticated six-foot two. Are there never short ugly awkward lovers? Despite all said so far, the book is well written, well paced and has but a few editing errors. One great plus - despite the poor description of most of the subjects, the authors can get into the psychos' heads and their description is both chilling and riveting. Not another Dostoyevsky, but a nicely written mystery to curl up in a comfy chair with a cup of tea (or something more potent) for a couple of hours.
Read more
One person found this helpful
Helpful
Comment Report abuse

Michael
1.0 out of 5 stars Really hard to read
Reviewed in the United States on March 12, 2017
Verified Purchase
Way too much repetition. Same conversations and mental conversations over and over and over again. Book could have been 100 pages. Took me longer to read this than any book in my life. And the plot was meh at best. Lots of mistakes as well. For example big deal made out of Russ's truck, but he flees the murder scene in a Civic? Plus lots others. I love reading and normally give good reviews, but I just couldn't find anything good to say about this book. Sorry, just not very good
Read more
6 people found this helpful
Helpful
Comment Report abuse

Karli
4.0 out of 5 stars Two Killers and a Flu Epidemic
Reviewed in the United States on August 6, 2016
Verified Purchase
Harry Lucke is in AZ on a traveling nurse assignment and Gina is still in San Francisco in the midst of a Flu epidemic. They are taking a time out after four years together because Harry wants to get married and Gina continues to say no. After six weeks apart, Gina has started seeing one of the doctors where she works and Harry has become friends with a nurse in Tucson who wants more from him. Then Gina's friend tells her she's being stalked by a phlebotomist at the hospital where they work. And Harry unknowingly crosses paths with Gina's ex husband, who is using an alias and is being treated for injuries sustained in a car accident. Two hospitals, two killers, how many victims?
Read more
2 people found this helpful
Helpful
Comment Report abuse

GMK
1.0 out of 5 stars Cheesy wanna be thriller
Reviewed in the United States on August 20, 2016
Verified Purchase
Wow, I can't believe there's more books in this series. The character development is lacking as is the story line. It's not exciting or even interesting. I lost interest about 1/4 into it when the characters became interchangeable love sick adults who sounded and whined like high school kids. The ending is terrible and convenient--a wave of a wand away from " and they all lived happily after". Gag. Good thing it was free.
Read more
4 people found this helpful
Helpful
Comment Report abuse

JRPinet
3.0 out of 5 stars Light, afternoon read.
Reviewed in the United States on October 28, 2015
Verified Purchase
Interesting but not riveting medical thriller. The main character, Gina Mazzio is portrayed as a tough, independent woman and nurse with a sixth sense for trouble. She currently is battling stalking by her ex, a murdering co-worker, a breakup with the love of her life and a flu epidemic. There is no mystery as the good and the bad are revealed at the beginning of the book. Gina's reasons for her breakup is repeated a number of times and attributed to a selfless need to protect her boyfriend from her ex. Her persistence in carrying a load of issues without help (including her denial and poor judgement in continuing to work during the flu epidemic when she knows she has the flu) may be considered by some as a strength but is also her weakness. The end, while satisfactory in the outcome, consist of events obviously created to tie up all the loose ends of the story. A light, afternoon read.
Read more
One person found this helpful
Helpful
Comment Report abuse
See all reviews

Anne
4.0 out of 5 stars A real page turner
Reviewed in the United Kingdom on June 8, 2020
Verified Purchase
An author I’ve never heard of before but one who had me hooked in the first few pages. This is an intriguing work of fiction which had me needing to know what came next! I liked how there were only the main characters to follow which in an e-book makes it easier to follow.
Read more
Report abuse

equaliser
5.0 out of 5 stars Fantastic novel
Reviewed in the United Kingdom on September 4, 2018
Verified Purchase
Truly invigorating novel which has the reader hooked in no time. All other priorities went out the window. Thoroughly enjoyed it and would absolutely recommend it.
Read more
Report abuse

Kindle Customer
5.0 out of 5 stars A good read.
Reviewed in the United Kingdom on September 13, 2016
Verified Purchase
I have to say this was a very interesting, WELL crafted story, full of some very devious characters. It takes you down a very dark path, which in reality , unfortunately there are people out there like them.
Read more
Report abuse

Kindle Customer
4.0 out of 5 stars Killer book
Reviewed in the United Kingdom on January 5, 2018
Verified Purchase
Another good book , and getting really into the relationship between the nurses and a strange story then comes out well
Read more
Report abuse

E. Briggs
4.0 out of 5 stars Enjoyable read
Reviewed in the United Kingdom on June 4, 2018
Verified Purchase
An enjoyable medical mystery. The first I've read in this series and will probably read more.
Read more
Report abuse
See all reviews